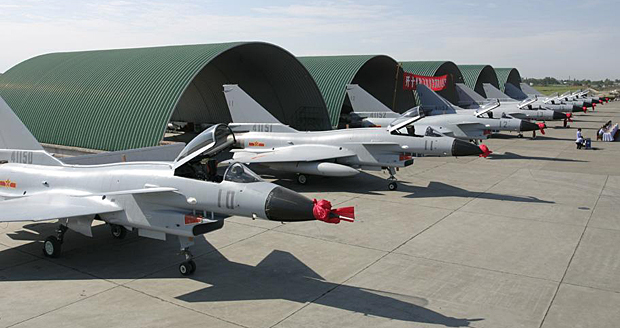 In a Congressionally-mandated report, Richard F. Grimmett and Paul K. Kerr recently detailed global arms transfer agreements in 2011 of $85.3 billion, which is greater than the economic activity of 119 countries and tops the defense budget of every single country in the world save the United States and China. The United States accounts for $66.3 billion of the arms agreements, while Russia ranked a distant second with $4.8 billion. Grimmett and Kerr note the number of sales is historically high “due primarily to the unusually large agreements value of the US contracts with Saudi Arabia–the international arms market is not likely growing overall…” They add, “Concerns over their domestic budget problems have led many purchasing nations to defer or limit the purchase of new major weapons systems.”

Ground forces tend to benefit most from new deliveries of tanks, artillery, armored vehicles, and missile systems. However, several countries committed to purchasing high-cost aircraft, which helps explain why weapons sales are so high. From 2008-11, the United States accounted for 56 percent of arms agreements, overshadowing European countries (16 percent), Russia (13 percent), and China (3 percent). While China is a major manufacturing power, it still lacks a competitive weapons industry and cannot compete globally on major weapon systems. In fact, China still relies on Russia to supply aircraft engines.

With steady economic growth from the energy sector coupled with heightened concerns over Iran’s nuclear weapons program, it is none too surprising that Middle Eastern countries purchase the most weapons. Likewise, without an indigenous weapons industry like Brazil, countries like Saudi Arabia, UAE, and Iraq are reliant on arms imports. Thus, Saudi Arabia will significantly upgrade its F-15 fleet; UAE will field new missile defense systems, and Iraq and Oman will purchase F-16s. These purchases indicate not only real concern about Middle East stability but are also a good indication that these governments want long-term partnerships with the United States. With weapon sales come training, maintenance plans, and integration into US-led exercises.

Outside of direct economic benefits of arms sales, the United States gains partners for global military operations. Without aircraft like the F-16 and Mirage-2000, UAE could not have participated in Libyan air operations. With its new C-17 cargo aircraft, India will be able to better deploy and sustain its 10,000 UN peacekeepers around the world. New Persian Gulf missile defense radars enhance United States efforts to limit Iran’s military options to strike with ballistic missiles. And for every F-35 Japan buys, the United States can field one fewer in Northeast Asia. As the 2012 US defense guidance noted, “Building partnership capacity elsewhere in the world also remains important for sharing the costs and responsibilities of global leadership. Across the globe we will seek to be the security partner of choice.”

Weapons sales also illustrate a commitment by the United States to improve partners’ efforts to strengthen their own defenses. Since the early 2000s, the list of security partners has grown considerably and only a dozen countries in the world are excluded from US security cooperation relationships.  However, the non-exclusive list of partners is not without costs. Some partners over-interpret agreements believing they are in alliance with the United States, while military relationships at any cost can undermine broader strategic goals. Walter Pincus captured this sentiment arguing, “Washington’s apparent support [of authoritarian regimes] clouds the democratic values message that the United States is trying to send around the world.” Thus, the challenge for the United States is to be willing to break with its security partners when political circumstances change, deny certain capabilities that would upset domestic or regional balances of power, and moderate activities if new security dilemmas are created through weapon sales.