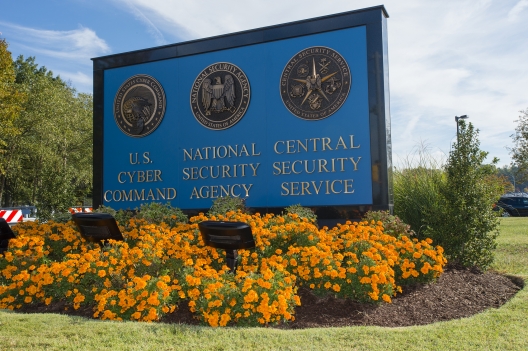 Back in September, Brazil’s President Dilma Rouseff canceled her state visit to the United States, which included the rare honor of a state dinner, because she was “incensed over a series of reports that the NSA tapped her personal communications.” This, of course, was only one grievance among many as it was revealed the United States spies on the foreign leaders of countries such as France, Spain, and Germany, including tapping the phone of German Chancellor Angela Merkel.

But now the story is a little different. Brazil’s government recently claimed that “its top intelligence agency had spied on diplomatic targets from countries including the United States.” By Brazil’s own admission, their spying techniques are “relatively basic,” following U.S., Russian, and Iranian diplomats “on foot and by car” and “photographing their movements.” While a more antiquated style of spying, this behavior from Brazil should come as no shock. The job of an intelligence agency is to, well, collect intelligence. That is their mandate; that is their job. It should come as no surprise that in the world of international relations, the United States and its allies—and obviously enemies—spy on each other.

There are multiple reasons for this. Intelligence, as a general rule, is secret state activity to understand or influence an adversary. Further, intelligence can help one state get an edge over another. The world of intelligence, on the whole, helps states achieve their interests. Allies might have common interests, but they do not necessarily share all the same interests, so a state needs to understand its ally’s objectives to better achieve what it wants. It is no wonder, then, that the United States spy on allied governments and allied governments spy on the United States. Doing so covertly, however, is vital; the secrets states learn are sensitive, hence their secrecy. This helps explain some of the anger we are seeing with these new revelations. That said, states find out others’ secrets all the time, and sometimes it becomes public. That’s part of the game that the intelligence community has played for millennia.

There are certainly legitimate issues at play here, however. For one, the claim that the NSA and the U.S. intelligence community invaded personal space certainly has merit. As the New York Times recently mentioned, there is “no morsel too miniscule” to put on the NSA’s wish list. The goal of the agency is to collect as much data as possible in order to make connections and find patterns in aims of achieving a certain goal. It might not tell the agency the why of what it wants to know, but certainly the what—which may be more important. Yet, concerns about “how much is too much?” and the right balance between security and privacy still need to be addressed.

Another concern is special treatment of states versus others. The club known as the “Five Eyes,” consisting of Australia, Canada, New Zealand, the United Kingdom, and the United States, is a post-World War II agreement that allows these countries to share intelligence while not spying on each other. Amidst the new spying revelations, both Germany and France want in to this club. It is important to note, however, that just because a country is an ally today does not necessarily mean that it will be tomorrow. The United States—for better or worse—placed its trust in the hands of its four club mates. It is still unconvinced that Germany and France are worth extending this kind of partnership. While Obama considers the end of U.S. spying on allied leaders, he would be hard pressed to stop spying on these countries all together. Whether or not more eyes are added to the club remains to be seen, but is unlikely.

So what does this recent Brazil news—not to mention the news that Germany, France, Spain, and Sweden carry out their own mass surveillance of phone and online traffic—tell us about intelligence in the world of international relations? Frankly, not much more than we already know: countries spy on each other as a means to achieve their goals. The shock on display by foreign leaders is nothing more than political theater. It would actually be worse if a leader did not know that his country spied on others, and that they spied in return. So instead of turning down state dinners, leaders should make it clear that spying is the norm in global affairs. Indeed, spying, as it happens, is what’s for dinner.

Alexander Ward is a program assistant in the Brent Scowcroft Center on International Security at the Atlantic Council.