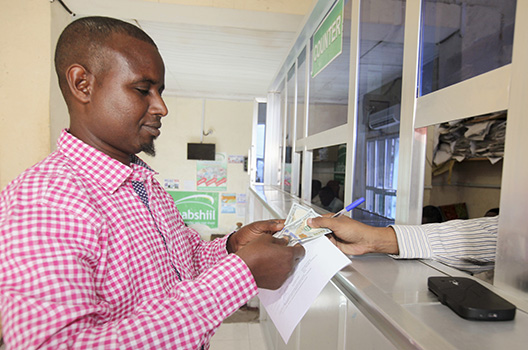 US legislators weighing options to punish rogue actors using the plumbing of the international financial system – the Society for Worldwide Interbank Financial Telecommunication (SWIFT) – must carefully weigh the benefits of any such decision against the broad potential consequences. Unilateral, isolated policy making that implicates SWIFT risks hampering the flow of global financial transactions and trade, harming US businesses as well as further antagonizing European allies.

SWIFT is the most successful and effective financial messaging system in the world.  Perhaps a victim of its own success, SWIFT’s messaging platform connects over 11,000 banking and securities organizations, market infrastructures, and corporate customers in more than 200 countries and territories, according to its 2017 annual report. Since SWIFT is not a bank, it does not act as a clearing house nor settles financial transactions. Instead, SWIFT’s messaging platform helps facilitate the smooth flow of funds in all of these contexts by providing a global network through which financial institutions may send and receive information related to financial transactions in a standardized and secure way. It is through this global platform that businesses and banks across jurisdictions are able to benefit from the faster, more effective flow of global finance, trade, and commerce.

SWIFT’s global footprint has rendered it a favored target of US legislators looking to curtail the flow of funds to adversarial nations.  The US Congress has already tried to curb SWIFT’s services through legislation pertaining to Iran, North Korea, and has speculated about doing so with respect to Russia. While these efforts by US legislators continue, they have only taken effect once.

In 2012, SWIFT disconnected European Union (EU)-sanctioned Iranian banks from its global network following the issuance of an EU council regulation (and targeted diplomatic engagement by the Obama Administration). As a result of the sanctions, Iranian oil revenues dropped by nearly half, in part because SWIFT was the key conduit for facilitating such payments. In 2016, following the establishment of the nuclear deal with Iran, the EU delisted many of the disconnected Iranian banks and SWIFT subsequently reconnected them to its network.

US legislators (and many sanctions watchers) across the political spectrum generally view the disconnection of Iranian banks by SWIFT as a contributing factor in bringing Iran to the negotiating table. They are keen to draw on this success in other policy contexts. But merely pasting language from one piece of legislation on Iran into an unrelated bill on a different country (such as Russia) or issue (as Congress has a demonstrated propensity for doing) carries significant risks and ignores the broader context of the original legislation.

Specifically, coordinated US-EU sanctions on the Iranian banks (which were the basis for the EU council regulation that SWIFT drew its disconnection authority from) were a significant contributing component in convincing Iran to negotiate. As the US Congress considers next steps on policy toward Russia and how to effectively block bad actors from global markets, it should be wary of taking unilateral steps to target SWIFT in future legislation. Sanctions are most effective when they are coordinated, multilateral measures. Imposing unilateral restrictions on SWIFT will certainly have broader ramifications, at least some of which are likely unintended.

Unilateral legislative restrictions on SWIFT related to a single policy objective risk hampering the broader flow of valuable financial messaging data, slowing global trade and transactions. This is likely to impact US exporters as well as European and other allies’ businesses. It would also create challenges for US and international financial institutions facilitating cross-border payments. Targeting SWIFT also risks harming valuable transatlantic counterterrorism cooperation that relies on SWIFT data provided in response to US subpoenas.

Such significant unintended outcomes risk harm to domestic US businesses and are likely to further anger European allies who have generally supported SWIFT’s neutral position. SWIFT contends that it is “a private cooperative and a utility with a systemic global character.” Despite this, SWIFT historically complies with EU laws since it is incorporated in Belgium. Should the US Congress pursue additional legislation that attempts to limit the scope of SWIFT’s services, this could create a conflict of laws issue and exacerbate transatlantic tensions. Since SWIFT has a presence in New York and Miami, the US government will likely assert its jurisdiction irrespective of SWIFT’s apolitical stance. This showdown is likely to play out in the near-term when US sanctions on Iran snap back on November 4, but the threat of it has already led to concrete unintended consequences.

Russia – increasingly a target of US legislation – has proactively taken steps to mitigate the threat of new US laws intended to limit its access to SWIFT. It has been developing its own alternative to SWIFT for domestic use, the Financial Communications System of the Bank of Russia (known by its Russian initials as SPFS). Already, Russian state tech giant Rostec announced that it shifted to SPFS in April and other major Russian firms have also been using the new system. While SPFS provides only a domestic Russian financial messaging alternative at this juncture, the ongoing threat of losing access to SWIFT will likely prompt Russia and other adversarial nations to pursue their own interconnected alternatives. China, in cooperation with the other BRICS members launched UnionPay in 2002 as an alternative payment mechanism, and the BRICS members have been actively considering SWIFT alternatives since at least 2015. Even within the EU, long a key US ally, there is increasing support for an EU alternative to SWIFT that would exist outside of US jurisdiction.

The proliferation of alternatives to SWIFT risks slowing the flow of financial data since the new systems are unlikely to communicate in the same uniform structure. Such systems may also not be equipped to facilitate financial messages across jurisdictions, which could also hamper cross-border trade. In addition to negatively impacting US businesses with an international presence, it may also harm US banks that have historically played a central role in international financial flows, particularly across currencies.

While SWIFT remains an attractive target for US legislators to further policy objectives on one issue or another, the broad implications associated with unilaterally targeting SWIFT in new legislation mandate that any such restrictions not be evaluated in a policy vacuum.