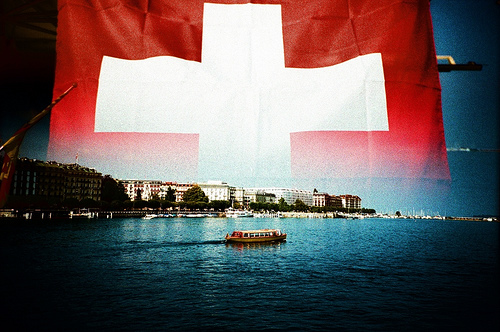 A British television airing of a suicide has suddenly brought to light Switzerland’s status as a haven for those wishing to end their lives. Frank Jordans reports for AP:

Drawn by Switzerland’s reputation as a trouble-free place for foreigners to end their lives, more than 100 Germans, Britons, French, Americans and others come to this small commuter town just east of Zurich each year to lie down on a bed in an industrial park building and drink a lethal dose of barbiturates.

Now the country’s suicide practices are under the spotlight after British TV last week showed Craig Ewert, a 59-year-old Chicago man with a severe form of motor neuron disease, killing himself in Switzerland two years ago.

Other countries, including the Netherlands, Belgium, and Oregon and Washington in the U.S., have recently passed laws allowing the incurably sick to seek out a doctor who — under tightly regulated circumstances — can hasten their death. But only Switzerland, in a law dating back to 1942, permits foreigners to come and kill themselves, placing few restrictions on the how, when and why. Doctors have relative freedom to prescribe a veterinary drug for that very purpose.

One of the natural byproducts of globalization, for good or ill, is the increase in individual freedom and the concomitant decline of state power.

We’ve seen in the United States, for example, that people with the means of travel will leave their states of residence to take advantage of different standards in other states, whether it’s gambling or easy marriage in Nevada or same-sex marriage in Massachusetts. Americans, too, have long crossed the borders into Mexico or Canada to engage in experimental medical procedures that haven’t been approved by the FDA.  It’s inevitable, then, that people with the wherewithal to do so will travel to other countries to do things which are outlawed at home. People have long gone to the Netherlands or South Asia to engage in illicit activity banned in most of the West. Until recent crackdowns, Swiss banks were internationally famous as a haven for money laundering and tax evasion.

Whether this is the triumph of human rights or sinking to the lowest common denominator is a matter of opinion, likely depending on one’s views of a given activity. Unless we standardize law and culture around the world, though, there’s not much governments can do about it.