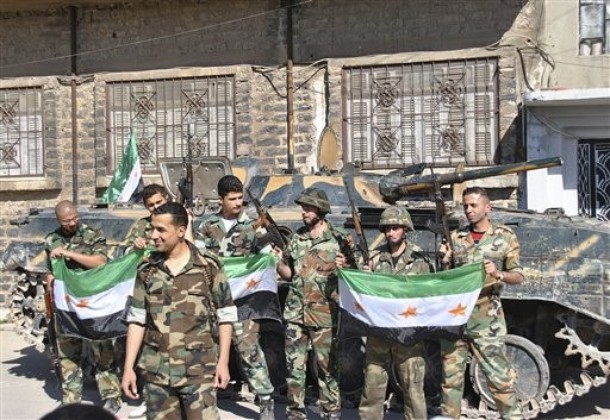 The Arab Spring is generally discussed in terms of the prospects for democracy. Equally significant is the increasing appeal — most recently in Syria — of outside intervention to bring about regime change, overturning prevalent notions of international order.

The modern concept of world order arose in 1648 from the Treaty of Westphalia, which ended the Thirty Years’ War. In that conflict, competing dynasties sent armies across political borders to impose their conflicting religious norms. This 17th-century version of regime change killed perhaps a third of the population of Central Europe.

To prevent a repetition of this carnage, the Treaty of Westphalia separated international from domestic politics. States, built on national and cultural units, were deemed sovereign within their borders; international politics was confined to their interaction across established boundaries. For the founders, the new concepts of national interest and balance of power amounted to a limitation, not an expansion, of the role of force; it substituted the preservation of equilibrium for the forced conversion of populations.

The Westphalian system was spread by European diplomacy around the world. Though strained by the two world wars and the advent of international communism, the sovereign nation-state survived, tenuously, as the basic unit of international order.

The Westphalian system never applied fully to the Middle East. Only three of the region’s Muslim states had a historical basis: Turkey, Egypt and Iran. The borders of the others reflected a division of the spoils of the defunct Ottoman Empire among the victors of World War I, with minimal regard for ethnic or sectarian divisions. These borders have since been subjected to repeated challenge, often military.

The diplomacy generated by the Arab Spring replaces Westphalian principles of equilibrium with a generalized doctrine of humanitarian intervention. In this context, civil conflicts are viewed internationally through prisms of democratic or sectarian concerns. Outside powers demand that the incumbent government negotiate with its opponents for the purpose of transferring power. But because, for both sides, the issue is generally survival, these appeals usually fall on deaf ears. Where the parties are of comparable strength, some degree of outside intervention, including military force, is then invoked to break the deadlock.

This form of humanitarian intervention distinguishes itself from traditional foreign policy by eschewing appeals to national interest or balance of power — rejected as lacking a moral dimension. It justifies itself not by overcoming a strategic threat but by removing conditions deemed a violation of universal principles of governance.

If adopted as a principle of foreign policy, this form of intervention raises broader questions for U.S. strategy. Does America consider itself obliged to support every popular uprising against any non-democratic government, including those heretofore considered important in sustaining the international system? Is, for example, Saudi Arabia an ally only until public demonstrations develop on its territory? Are we prepared to concede to other states the right to intervene elsewhere on behalf of coreligionists or ethnic kin?

At the same time, traditional strategic imperatives have not disappeared. Regime change, almost by definition, generates an imperative for nation-building. Failing that, the international order itself begins to disintegrate. Blank spaces denoting lawlessness may come to dominate the map, as has already occurred in Yemen, Somalia, northern Mali, Libya and northwestern Pakistan, and may yet happen in Syria. The collapse of the state may turn its territory into a base for terrorism or arms supply against neighbors who, in the absence of any central authority, will have no means to counteract them.

In Syria, calls for humanitarian and strategic intervention merge. At the heart of the Muslim world, Syria has, under Bashar al-Assad, assisted Iran’s strategy in the Levant and Mediterranean. It supported Hamas, which rejects the Israeli state, and Hezbollah, which undermines Lebanon’s cohesion. The United States has strategic as well as humanitarian reasons to favor the fall of Assad and to encourage international diplomacy to that end. On the other hand, not every strategic interest rises to a cause for war; were it otherwise, no room would be left for diplomacy.

As military force is considered, several underlying issues must be addressed: While the United States accelerates withdrawals from military interventions in neighboring Iraq and Afghanistan, how can a new military commitment in the same region be justified, particularly one likely to face similar challenges? Does the new approach — less explicitly strategic and military, and geared more toward diplomatic and moral issues — solve the dilemmas that plagued earlier efforts in Iraq or Afghanistan, which ended in withdrawal and a divided America? Or does it compound the difficulty by staking U.S. prestige and morale on domestic outcomes that America has even fewer means and less leverage to shape? Who replaces the ousted leadership, and what do we know about it? Will the outcome improve the human condition and the security situation? Or do we risk repeating the experience with the Taliban, armed by America to fight the Soviet invader but then turned into a security challenge to us?

Military intervention, humanitarian or strategic, has two prerequisites: First, a consensus on governance after the overthrow of the status quo is critical. If the objective is confined to deposing a specific ruler, a new civil war could follow in the resulting vacuum, as armed groups contest the succession, and outside countries choose different sides. Second, the political objective must be explicit and achievable in a domestically sustainable time period. I doubt that the Syrian issue meets these tests. We cannot afford to be driven from expedient to expedient into undefined military involvement in a conflict taking on an increasingly sectarian character. In reacting to one human tragedy, we must be careful not to facilitate another. In the absence of a clearly articulated strategic concept, a world order that erodes borders and merges international and civil wars can never catch its breath. A sense of nuance is needed to give perspective to the proclamation of absolutes. This is a nonpartisan issue, and it should be treated in that manner in the national debate we are entering.

Dr. Henry Kissinger is a member of the Atlantic Council Board of Directors. He served as National Security Advisor and Secretary of State under Presidents Nixon and Ford. This essay was previously published in the Washington Post.