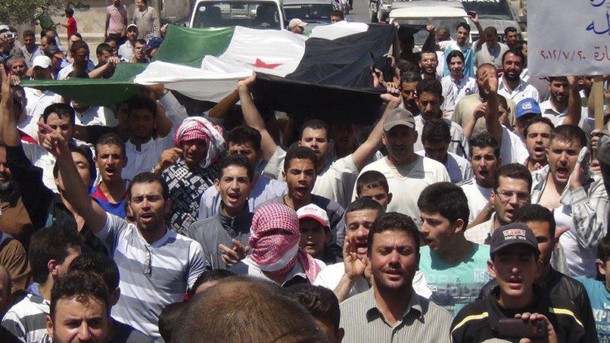 The struggle for Syria is forging a new Middle East. Summer Olympics are often used by desperate, repressive, time-expired regimes to act repressively. The Russians invaded Georgia in the midst of the 2008 Beijing Olympics. Now, the Assad regime is attacking Syria’s largest city Aleppo. Some estimates suggest up to 200,000 people have already been killed in the war with the UN estimating another 200,000 internally displaced and some 250,000 having fled abroad.

Certainly, the loss of Syria’s biggest city to the diverse anti-regime coalition could mark the beginning of the end for President Assad and his Alawite-dominated minority government. Such is the level of outside interference that the simple truth is that none of us know when and how this will end. The only thing that can be said with any certainty is that the Baathist Syrian state is already dead. How the corpse is disposed of could well decide the future shape and ‘balance’ of the new Middle East.

Syrian Foreign Minister Walid Al-Muallem flew to Tehran Sunday to seek more Iranian support. For Tehran Syria is critical in their efforts to construct an anti-Israeli coalition that they hope will surround Israel. Republican US Presidential hopeful Mitt Romney, speaking in Jerusalem on Sunday, as part of a strangely amateurish foreign policy venture, called for the strong US defence of Israel and said that preventing Iran obtaining nuclear bombs would be his “highest national security priority”.

The Free Syrian Army is being supported by Saudi Arabia, Qatar and to some extent Turkey. This not only reflects the split within Islam between Shia and Sunni, it also reflects the uneasy balancing act between Arab, Persian, Kurd and Turk that plays out across the region and the struggle for influence and supremacy over what it now the new Middle East.

The new Muslim Brotherhood government in Cairo will be a key actor. Indeed, the true litmus test for Egypt’s future foreign policy orientation will be the fate of Cairo’s 1979 peace treaty with Israel. Any linkage Egypt makes between the struggle of the Palestinians and the struggle in Syria could well decide Cairo’s relationship with Israel.

All of this means that Israel faces layers of uncertainty on its borders unparalleled since 1967 and much of it beyond Tel Aviv’s control. Lebanon is being daily more destabilised by the Syrian struggle by allegiances for which local borders are meaningless. With some 1000 Syrian refugees a day now crossing from Syria into Jordan the Hashemite Kingdom is again being destabilised.

Israel’s nightmare is to be surrounded to the north and east by Iranian-backed proxies with Hezbollah to the fore and to the south by a Hamas-led Palestinian Authority and a hostile regime in Cairo.

In such an event Iran’s nuclear bomb would not be used to directly threaten Israel but rather to guarantee a free hand for Iran to build its anti-Israeli coalition. As ever the Palestinians are again being used again for the wider designs of others. It is a role into which they seem forever to have been cast.

And then there is the grand strategic struggle. Syria is on the new front-line of the new geo-politics. Yesterday’s decision by Moscow to refuse to permit a search of any ship flying Russia’s flag en route to Syria simply demonstrated the same old-fashioned thinking in Moscow that led to the 2008 invasion of Georgia. However, the West’s reluctance to intervene on humanitarian grounds is not simply due to Russian and/or Chinese intransigence. There are profound concerns about the impact and cost of such an intervention and how it would influence a post-Assad government, the wider region and the dangers associated with injecting Western forces into the Middle East cauldron, particularly after such a bruising experience in neighbouring Iraq and over-the-hill Afghanistan.

The simple truth is that the only option available to the world’s real democracies (the conceptual West) is concerted and systematic diplomatic and humanitarian pressure. Given that the West must focus policy on Syria and Syrians. Now that the Annan peace plan is dead the concerted aim must be to decouple as much as possible the conflict from the regional and global issues that are so clouding it and put all efforts into finding an early and durable solution for Syrian people. Only then and only in time might a successor regime emerge in Damascus that is neither a threat to itself or others, but there is no guarantee.

The simple truth is that this struggle has so many players that anyone offering a clear view can only do so from the perspective of ignorance or bias.

As the world loses itself in an Olympian dream a nightmare is awakening. It is time to wake up!