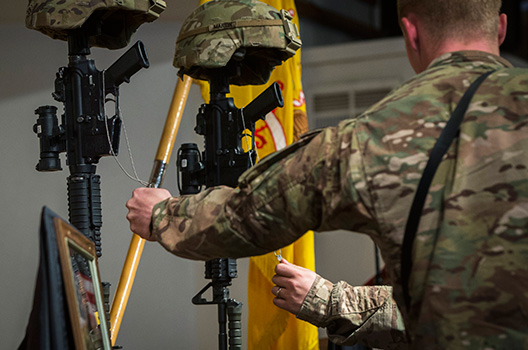 The death of three US contractors in a shooting incident at Kabul’s airport on Thursday and attacks on a checkpoint and funeral in other parts of Afghanistan prove that the Taliban is “far from being a spent force,” according to Atlantic Council analyst Claude Rakisits.

“The worry now is that with the drawdown of US and NATO troops, all the heavy lifting will have to be done by the [Afghan National Security Forces] themselves,” Rakisits, a nonresident senior fellow in the Atlantic Council’s South Asia Center, said in an interview.

“Lets be frank, if they weren’t able to defeat the Taliban with 100,000-plus Western forces, I don’t see them doing it without them,” he added.

A Pentagon spokesman confirmed that three Americans had been killed in Kabul.

“There was a shooting incident at North Kabul International Airport complex on January 29 at approximately 6:40 p.m. local time,” Maj. Brad Avots said in an interview with New Atlanticist.

“Three US contractors and one Afghan national have been killed,” he added.

Avots wasn’t able to provide details of the shooter.

According to some reports, the shooter was wearing the uniform of an Afghan national policeman. It was not clear, however, whether he was actually a member of the Afghan security forces.

The Taliban on Friday claimed responsibility for the attack at Kabul airport.

The attacker was a Taliban agent who “had penetrated into the security forces and was waiting for such a target for a long time,” Taliban spokesman Zabihullah Mujahid said in an e-mailed statement.

The Pentagon has stepped up counterintelligence and instituted a rigorous vetting process for Afghan security forces recruits to counter the threat from so-called green-on-blue attacks in which Afghan troops have turned their guns on coalition soldiers.

Meanwhile, a suicide bomber killed 16 people at a funeral in eastern Laghman province on Thursday. A day earlier, Taliban militants killed 11 people at a checkpoint in the central Ghazni province.

Some news reports suggested that the Taliban might have also had help on the inside in the attack on the checkpoint.

“If that is true, it confirms that the Taliban has infiltrated the military and the police,” said Rakisits.

The Taliban has ramped up its offensive as the Afghan government has struggled to appoint a Cabinet.

“Some of the key people in key ministries, especially in the security area, haven’t been chosen yet and this is happening while Afghanistan is under attack,” said Rakistis.

The Obama administration, meanwhile, has been forced to reduce the pace of its drawdown of troops in Afghanistan because its NATO allies have been slow to provide troops to train and advise Afghan security forces under the new mission — Operation Resolute Support.

On a visit to Afghanistan in December, US Defense Secretary Chuck Hagel announced that the US will keep up to 10,800 troops in Afghanistan for the first few months of 2015 — 1,000 more than originally planned.

“The president’s authorization will not change our troops’ missions or the long-term timeline for our withdrawal,” said Hagel, who is a former chairman of the Atlantic Council.

US and NATO troops ceremonially marked the end of their combat mission on December 8, but US President Barack Obama has authorized US forces to carry out operations against Taliban and al Qaeda targets inside Afghanistan.

Under a Bilateral Security Agreement between the US and Afghanistan, Obama also agreed to provide air support to Afghan security forces if they are in dire need.

Image: US soldiers from the 3rd Cavalry Regiment pay their respects during a memorial for Spc. Wyatt Martin and Sgt. First Class Ramon Morris at Bagram Air Field in Afghanistan on December 23, 2014. Martin and Ramon were killed by an improvised explosive device. The Taliban has stepped up its offenive as US and coalition troops have been drawn down. (REUTERS/Lucas Jackson)