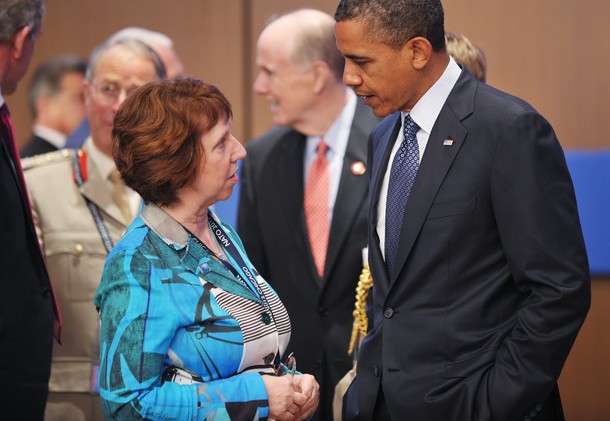 Inadvertently or not, the United States is now demanding European strategic autonomy, at least regionally, for its “pivot” to the Asia-Pacific is partially dependent on Europe’s ability to take care of its own business. Henceforth peace and stability in Europe’s neighborhood is first and foremost Europe’s responsibility.

If Europeans prove unable to contain a crisis that poses a serious threat to the continent, the United States would have no choice but to intervene because of its own vital interests. In that sense the United States remains a European power. On the other hand, Washington might just decide to make its point though by withholding support in a crisis that is important to Europe but doesn’t threaten American vital interests – like Libya.

The Libyan crisis has shown once again that Europeans have no common view on which types of crises in which parts of the world they feel responsible for. While Britain and France initiated the intervention, Germany abstained from the vote on the United Nations mandate for it. Europe’s level of ambition as a security provider thus remains undefined. The American pivot not only forces Europeans to think about this, but obliges them to do so collectively, in a European Union (EU) framework even.

First, Europeans have to invest in the capabilities which the autonomy that is forced upon them requires. They will notably have to acquire their own strategic enablers (air-to-air refuelling, targeting, strategic transport, and so forth) for crisis management operations, so as to allow American means to be diverted elsewhere. For the 2011 Libya campaign 90 percent of enablers were American, which means that without US support Europeans would still have been able to flatten a substantial part of the country, but not in a militarily, legally, politically or morally acceptable way. No single European country is capable of generating such capabilities on its own; the only feasible solution is a collective European one.

Second, such collective decisions on the future capability mix require that Europeans agree on functional and geographic priorities for the most likely deployments, in function of their common interests and their foreign policy. The EU would be the most logical coordination vehicle.

Third, the American pivot implies a less pronounced American role in NATO. Consequently, the eternal EU-NATO debate has lost all meaning, for NATO minus the US push factor simply equals those same internally divided Europeans again. The way to keep NATO viable is to reinforce European ownership of it, which starts with reinforcing the EU.

In a way, the European Security and Defence Identity (ESDI) is being revived. But where the original 1990s concept saw the ESDI as a mere technical European pillar firmly anchored in and subservient to NATO, today an “ESDI Plus” is needed: anchored outside NATO and receiving its strategic guidance from the EU. Such a European platform already exists: the EU’s Common Security and Defence Policy (CSDP).

The Arab Spring, the Israeli-Palestinian conflict, the struggle for dominance over the Gulf, the frozen conflicts, the Zwischeneuropa of Belarus, Moldova and Ukraine: Europe’s broader neighbourhood is simultaneously one of the world’s most strategic and most volatile. If the EU were to manage to become the stabilizer of its periphery, that would make it far from a peripheral power.

Prof. Dr. Sven Biscop is Director of the Europe in the World Programme at Egmont – The Royal Institute for International Relations (Brussels), and teaches at Ghent University and at the College of Europe (Bruges). He is also a member of the Atlantic Council’s Strategic Advisors Group.