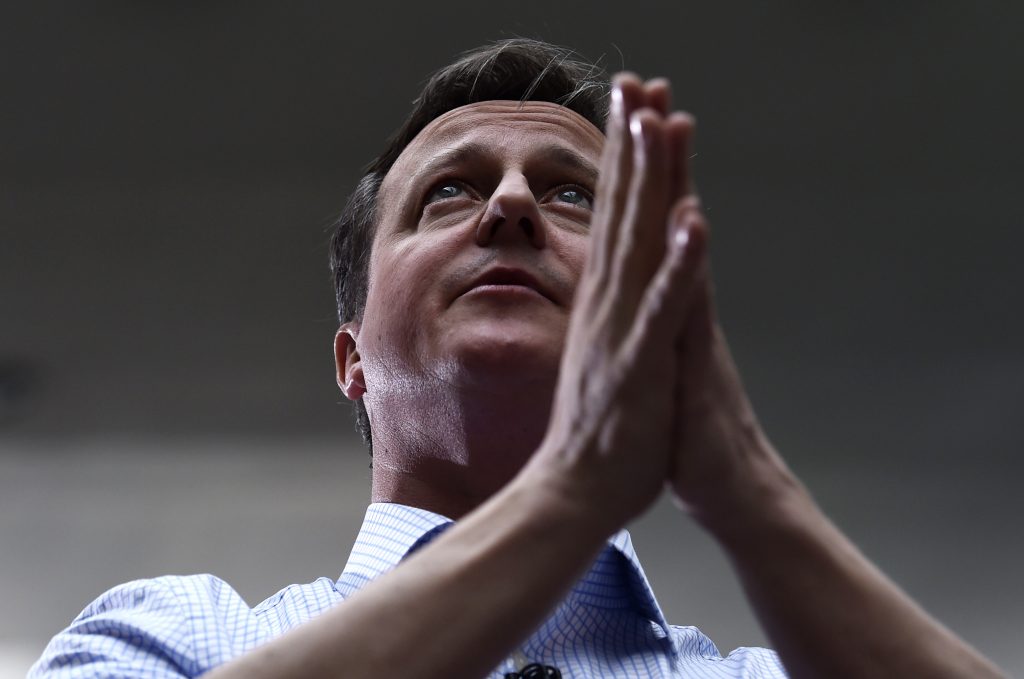 If one thing is nearly certain about Britain’s general elections May 7, it is that they will produce no clear victor and, as a result, could lead to another coalition government—or even a hung Parliament.

British Prime Minister David Cameron is leading his Conservative Party (the Tories) in a tough battle against the Labour Party’s Ed Miliband. Cameron’s coalition ally for the past five years, Nick Clegg’s Liberal Democrats (the LibDems), haven’t decided whether they want to stay in their political marriage of convenience with the Tories.

Meanwhile, third parties such as Nicola Sturgeon’s Scottish National Party (SNP) and Nigel Farage’s UK Independence Party (UKIP) have steadily eroded support for both the Tories and Labour. This is especially true for Labour, which is likely to lose a majority of its seats in Scotland—its traditional stronghold—to the SNP.

Amid the election rhetoric, questions are being asked about Britain’s waning power and the robustness of the US-British “special relationship.”

Why does any of this matter? Nicholas Dungan, a Nonresident Senior Fellow at the Atlantic Council’s Transatlantic Relations Program, explains in a phone interview from Britain with the New Atlanticist’s Ashish Kumar Sen. Excerpts below:

Q: Why is this election important for Britain?

Dungan: It is important because it represents new political ground. Most of the elections since World War II have returned a clear Labour or Conservative majority. The last one didn’t and proved that a coalition government, which is very unusual in the UK, could actually govern for five years.

This election is a test of whether a multitude of opinions can be expressed without achieving a clear majority in Parliament. The British first-past-the-post system means that if there are only two parties you are going to have a clear majority. Now, in addition to the LibDems, UKIP probably won’t get any seats. The Scottish National Party will take what Labour used to have in Scotland away from them. So it’s becoming a multiparty system and this is the first test of how that multiparty system will evolve.

What is also interesting is that this election is not important for any policy reasons. The probability is that whoever wins, there will not be any big changes.

Q: Why are neither Labour nor the Tories in a position to win a majority?

Dungan: It’s because neither of them has any ideas. There is no electoral battleground and consequently the campaign has been virtually devoid of substance and the leaders have virtually nothing concrete to propose.

Britain’s opposition Labour Party leader Ed Miliband speaks to supporters at Memorial Hall in Barry, Wales, April 28. British elections May 7 are widely expected to produce no clear victor and, as a result, could lead to another coalition government—or even a hung Parliament. (Reuters/Cathal McNaughton)

Q: Is foreign policy a factor in these elections?

Dungan: With respect to foreign policy, it is not important that Britain is not important. There is no question that Britain is in the midst of an identity crisis, but I think it is going back to what it always was, which is a kind of turntable, not really part of Europe, definitely part of the Atlantic, very much an offshore island and one that is capable of supporting a lot of globalized phenomena. France, on the other hand, could not possibly do that because it is at the heart of Europe. It is very strategic about its military. The Brits are not strategic about anything. The Brits are pathetic at strategy, but they are fantastic at keeping calm and carrying on, “muddling through.”

There is minimal substance to this election and very little at stake. The reason why it is said to be the most important British election in a generation has to do with how the political system works, but it’s not about the policies that will be implemented afterwards.

Dungan: The “special relationship” is waning on both sides. There is an increasing feeling in Europe generally that the United States is simply not as much a part of the strategic equation globally as it used to be.

The United States is seen as having fallen short strategically ever since 9/11. Obama has tried to repair this by means of a strategic retreat. But there is certainly the conviction in Britain that they don’t wish to toady to the American superpower because the American superpower has got it wrong repeatedly. There is no scope for repeating what is perceived as Tony Blair’s rather slavish following of George W. Bush.

The special relationship was born out of a situation of absolute desperation, which was Winston Churchill needing the United States to get into World War II. Indeed, Franklin Roosevelt was quite reluctant to get into an alliance with Britain, which was seen very much as an imperial and imperialist power.

Britain today doesn’t have any significant capability to project power globally. The only member of NATO besides the US that has that ability now is France. Britain’s military is at its lowest level since the 18th century—since England lost the American colonies and the United States came into being. They have no aircraft carrier, they have no homegrown defense industry, and their nuclear capability is essentially controlled by the United States.

The EU has basically discounted Britain as a political actor. Britain does not have that much significance in NATO because its defense capability is quite limited.

From a policy standpoint, the special relationship with the United States is less and less meaningful because there is no appetite amongst the British public to have their government follow a policy made by people in Washington that they disagree with.

There have been articles saying that, viewed from Washington, the special relationship isn’t that special. Viewed from London it’s not really that special either. The fact that the Brits decided to become members of the Asian Infrastructure Investment Bank at the invitation of the Chinese—and against American wishes—just shows that they are going back to historical type, which is to be a kind of international platform. They have little or no domestic industry of their own, they don’t have much besides financial services and media and retail in terms of business sectors, but they are a very globalized place that is excellent at attracting wealth and talent.

Q: Under David Cameron, defense spending has fallen below the suggested NATO minimum of 2 percent of GDP. Is that likely to change?

Dungan: I don’t think so. If you look at France, there is an absolute determination across all party lines that France should remain globally important in terms of diplomacy and defense. The British version of that is: “We are important anyway. We have the English language. We used to have a big empire.” Britain tends to see things in historical terms. They have no plan for the future.

Cameron’s success in making a coalition government work has been actually pretty impressive. Not that he has got that much done, but he certainly has managed to stay in power and more or less keep the coalition together.

Q: Cameron’s coalition with the LibDems is in question. Where will the LibDems throw their support now?

Dungan: They’ll support whoever offers them a better deal. Nick Clegg has made it reasonably clear that he is going to feel free to swing to the left or swing to the right. It is pretty certain that neither Labour nor the Conservatives are likely to get a parliamentary  majority that enables them to govern on their own. If either of them has a chance to do this, it is probably the Conservatives.

This morning’s polls gave 34 percent support for the Conservatives and 33 percent for Labour. These percentages don’t mean anything more in Britain than they do in the United States in terms of the popular vote. What counts is whether you win seats in Parliament in individual constituencies.

The LibDems are not going to be as big a force as they were, and the SNP could actually end up with more seats than the LibDems. But both the Tories and Labour have ruled out doing a deal with the SNP. Consequently, even with fewer seats than before, the LibDems could still be the kingmakers.

Q: What are the main issues in this election?

Dungan: Personalities, taxes to some extent, and competency to run the economy. What you would expect to be the main issue after five years of rather ineffectual coalition government would be either a major, visionary strategy for Britain in the 21st century or the desire for some very strong, clear government policy that requires a majority for one party so it can implement its program. But there is no vision of any kind for Britain in the 21st century except muddle through, keep calm and carry on, and being a kind a globalized platform, which Britain is very good at.

Don’t forget: Britain is not a republic. Brits get one vote for one member of Parliament every five years and that’s it. So the British people are not especially politically engaged: they just want the freedom to earn a living, educate their children, amass some wealth, and go on holiday. The election is really about no more than that. And then it becomes, basically: Who do I have more faith in?