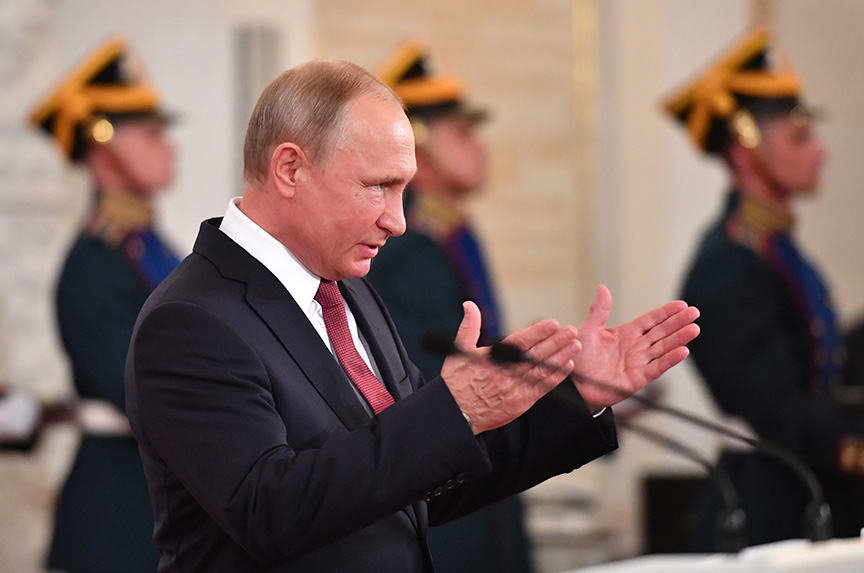 Russian President Vladimir Putin attends a ceremony to mark the Day of Russia at the Kremlin in Moscow, Russia, on June 12. (Yuri Kadobnov/Pool via Reuters)

With hints that the DETER Act [the Defending Elections from Threats by Establishing Redlines Act of 2018] may be under some consideration in the National Defense Authorization Act process going on in Congress, we would like to highlight our analysis from earlier this year for consideration by any involved in the negotiations and potentially affected parties.

While we frequently advocate for tough action to deter Moscow from its many aggressions, our analysis in this piece still stands: the DETER Act is the wrong way to address concerns about Russian President Vladimir Putin’s aggression.

To be blunt: the DETER Act is a crude instrument that would inflict damage on global markets and US, EU, and other key economies, without sufficient benefit from the mandatory sanctions to justify the collateral damage.

For details of our argument, please read the original article here.

Daniel Fried is a distinguished senior fellow in the Atlantic Council’s Future Europe Initiative and Eurasia Center. In the course of his forty-year Foreign Service career, Fried played a key role in designing and implementing US policy in Europe after the fall of the Soviet Union.