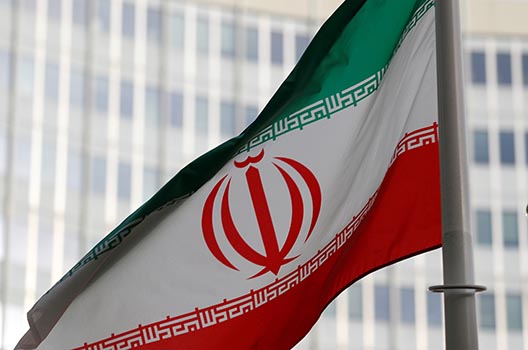 If your allies and your own military and intelligence experts are telling you you’re wrong, they may have a point.

The Trump administration’s warning about an imminent attack by Iran in the Middle East appears to be unfounded and its escalation of pressure on Tehran part of a strategy to win concessions from the Islamic Republic.

Amid escalating tensions between the United States and Iran, when asked by a reporter on May 16 whether war was imminent, US President Donald J. Trump responded: “I hope not.” In light of that sentiment, the US escalation against Iran does not make strategic sense. If you wish to only modify an opponent’s behavior you do not push it into a corner.

If the US goal was to “never be held hostage to the Iranian regime’s nuclear blackmail,” as US Secretary of State Michael Pompeo noted Trump has promised, then surely the best way forward would have been for the United States to stay in the Iran nuclear agreement (the Joint Comprehensive Plan of Action or JCPOA) and seek to strengthen its provisions.

If Iran’s ballistic missile tests are a concern, then surely another agreement, an addendum to the JCPOA and not more sanctions, would have been the right way to go about affecting that behavior.

Pompeo’s assertion that the goal of sanctions is to bring Iran’s oil exports down to zero is an unrealistic one and, if successful, would surely push Iran into a corner. Iran may be able to function without nuclear arms or ballistic missiles, but it would be in dire straits if it could not sell its oil on the open market.

Setting aside the domestic political reasons for the Trump administration’s rhetoric on Iran, the real cause of tension is, of course, the generally successful effort by Iran, in the wake of the US invasion of Iraq and the Arab Spring, to expand its military position and strategic influence in the region. This, unsurprisingly, is seen as deeply threatening to Saudi Arabia, which now seeks to redress this newly unfavorable balance of power.

In the region, while Iran wields influence in Lebanon, Syria, and Iraq, Saudi Arabia does so in the Gulf Cooperation Council (GCC) countries (besides Qatar for the time being), Jordan, and Egypt.  Yemen, one might argue, is a swing state, depending on how the war in that country goes, or ends.  Saudi leaders might well see Shia militias that are close to Iran as a menacing presence and one that could disrupt the stability of their friends and allies in the region. Countering that, however, is the presence of Sunni extremists in the form of al-Qaeda (especially al-Qaeda in the Arabian Peninsula, or AQAP, in Yemen) and ISIS, which though down is not completely out. Israel is the joker in the deck, but its growing rapprochement with Arab Gulf countries, especially Saudi Arabia and the United Arab Emirates, could tip the balance against Iran.

The war in Yemen is not only a manifestation of this regional power struggle, but also complicated by it.  The recent attacks on ships near the Persian Gulf and oil pumping stations in Saudi Arabia (the former still a mystery, the latter claimed by the Houthis) are seen by unidentified US officials as the work of Iran or its proxies. While there appears to be no evidence to back up these claims, a motive could certainly be ascribed to Iran, which has been threatened by the United States with a cutoff of its oil exports and possible military action.

The message underscored by the attack on Saudi Arabia’s east-west pipeline is in line with threats made by Iran’s Islamic Revolutionary Guard Corps (IRGC). IRGC Navy Commander Rear Adm. Alireza Tangsiri reportedly said: “If Iran’s benefits in the Strait of Hormuz, which according to international rules is an international waterway, are denied, we will close it.”

In the event of a conflict, Saudi Arabia can avoid using Persian Gulf shipping lanes by relying more on its east-west pipeline and exporting oil out of the Red Sea instead. Hence, Iran would have a motive to strike the east-west pipeline if it were to make good on a tit-for-tat threat where the export of oil is concerned.

Tensions with Iran have largely risen due to what appears to be Trump’s strategy of using bluster to induce compromise from the other side. This approach is unproductive and downright reckless, and there is ample evidence it has been ineffective.

Take, for example, North Korea. There is little to show for Trump’s rhetoric of “fire and fury” and the two summits that followed between the leaders of the United States and North Korea.

The same is true for trade negotiations with China where, despite repeated assertions by Trump of a special friendship with Chinese President Xi Jinping, no agreement has emerged so far.

This is to say nothing of Trump’s Middle East peace plan. While the president has described the plan as the “deal of the century,” Palestinians already see it as completely ignoring their political rights and regional experts are worried that it may exacerbate a long-festering problem.

Elsewhere in the Middle East, the wars in Yemen and Syria still rage.  In Libya, a phone call in April  between Trump and Khalifa Haftar, the leader of the self-styled Libyan National Army who is waging a war against the internationally recognized government in Tripoli, has further roiled a complex situation.

Even with both Iran and the United States declaring that they are not interested in going to war, an inadvertent conflagration is not out of the question. A war with Iran would have devastating long-term consequences for the region and US interests within it.

Whether or not the United States stumbles into war with Iran, the region is rife with conflict and US leadership on resolving those conflicts is absent. The longer the war in Yemen continues, the stronger AQAP will get—if for nothing else than because more young Yemenis will flock to its ranks as they see a US hand in bombing them rather than in trying to save their children from starvation. The case for strong diplomatic and moral US leadership has never been stronger.

Nabeel Khoury is a nonresident senior fellow at the Atlantic Council’s Rafik Hariri Center for the Middle East. A retired foreign service officer, Khoury has served as a spokesman for the Department of State in Iraq in 2003 and as deputy chief of mission in Yemen from 2004 to 2007. Between 2008 and 2012, he was the director of the Near East South Asia office of the Bureau of Intelligence and Research (INR). Follow him on Twitter @khoury_nabeel.