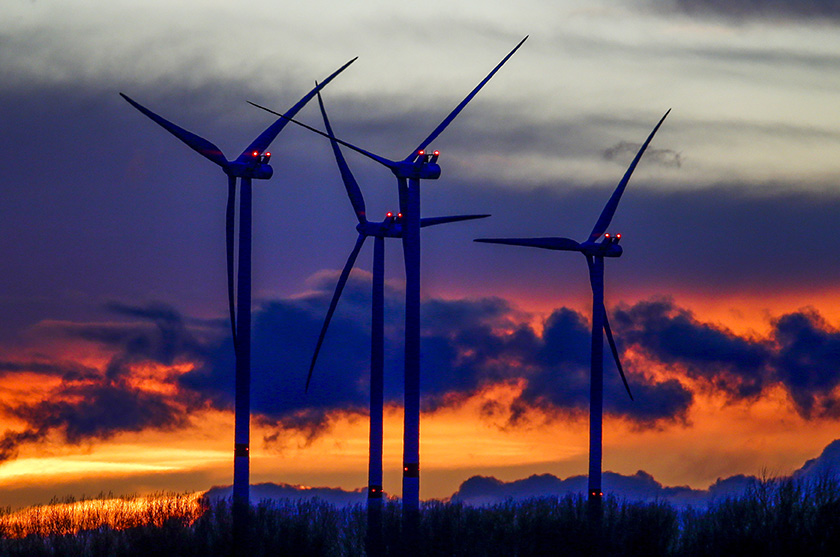 The geopolitics of oil and gas are on one hand; climate change negotiations are on the other.  The next set of energy-foreign policy challenges will be somewhere in the middle.

The global energy landscape is characterized by constant change, and every energy issue has foreign policy implications. Therefore, the speed and effectiveness with which an actor can identify emerging issues and grasp their implications can make a real difference in terms of cementing economic advantage, forestalling security risks, and mitigating environmental impact.

With the rise of non-fossil energy sources and smart technologies, a new energy transformation is underway, characterized by a more electrified, integrated, data-driven model of economic activity. The question becomes: what will be the foreign policy challenges of the power sector transformation? That may be tough to answer simply because the transformation itself is not well understood—it’s hard to describe a place where no one’s ever been before. But given this transformation will be so far-reaching, the need to tackle all of its foreign policy implications is especially important. I argue that these implications will be somewhere between the “traditional” energy geopolitics that characterize oil and gas markets and the international cooperation that is underway to address climate change.

On one end of the energy-foreign policy spectrum is traditional geopolitics. The constantly evolving balance of power among major producers, consumers, and transit countries dealing in oil and natural gas has been a fixture of the foreign policy landscape for as long as the world’s economy has depended on these fossil fuel resources. Whether a country is a net energy importer or exporter—and how countries manage their domestic energy resources, the energy intensity of their economies, and their transnational relationships—can play a significant role in a country’s security, prosperity, and influence. The impact of these issues on an actor’s economy or security can be quite direct; the timeframe is short-term, even immediate; and the approach that actors take is usually reactive to events. Some examples include the ongoing tension between Russia’s Gazprom and the European Union’s integration efforts; Venezuela’s use of Petrocaribe to maintain influence in the Caribbean; and OPEC’s struggle for relevance in determining oil prices.

On the other end of the spectrum is global cooperation to address climate change. This cooperation is characterized by major multilateral negotiations among states whose negotiating parameters are set by their own domestic context. The impact of climate change is diffuse; actors are affected in wide-ranging and complex ways, not in a manner directly proportionate to how much carbon one emits. And while some impacts of climate change are already being felt, the timeframe of the challenge is decidedly long-term; emissions targets are set years in advance and are designed to be ratcheted down over decades. Because effective mitigation requires action by myriad current and potential carbon emitters to reduce future emissions, the approach must be proactive to succeed.

Mitigation and adaptation to climate change demand broad cooperation: retooling a carbon-intensive global economy to lower its emissions intensity and action to prevent or limit the adverse effects of global warming both require major investments, and the disproportionate impact of climate change on the world’s poor further necessitates global burden-sharing given the greatest cost will be felt by those least able to afford it.

Despite the challenges to, say, improving European energy security or limiting a global temperature increase to 2°C, the foreign policy implications of such issues are fairly straightforward. In contrast, what are the great power politics surrounding offshore windmills? Is there a need for multilateral collaboration on the shift by electric utilities from a volumetric to a service-based profit model? In what ways does a Nest thermostat or a Tesla charging station merit the attention of foreign ministers? The answers are not yet clear, but one thing is certain:  this “electrification of everything,” from appliances to transportation to heating to IT, will have profound ramifications on how we live our lives and how we interact with each other. The flow of data and energy across sectors will drive new kinds of integration within and across sectors—and across geographic boundaries.

The foreign policy implications of this new type of electrified, integrated economy will fall within the spectrum of the geopolitical and multilateral issues we associate with energy today. Some of the impacts will be direct, others more diffuse; the timeframe will have short-, medium-, and long-term elements; engagement will necessitate both proactive and reactive approaches. There will be some aspect of geopolitics in the traditional sense—consider the supply chain for rare earth minerals. There will also be the need for new forms of multilateral cooperation: As the electricity sector pervades other areas of the economy, modes of cross-border economic activity will have new energy components that will require political negotiation.

With increasing deployment of intermittent renewables and demand-response, behind-the-meter technologies that change the consumer’s role in electricity supply and demand, the need to balance grids and maximize efficiency will drive economies of scale that span national borders. National regulatory authorities will need to adjust to these new electricity markets, and international regulatory cooperation will be more important than ever.

Because a new model for the power sector is emerging, actors must make sense of that change in order the maximize the “pros” and minimize the “cons”—including in the foreign policy space. Here at the Atlantic Council’s Global Energy Center, we are exploring these questions and are committed to providing a forum to identify and address the foreign policy issues that emerge as changes in the power sector take hold.

Thomas Cunningham is the deputy director of the Atlantic Council’s Global Energy Center. Follow him on Twitter @tomtrc.

Image: Windmills tower over a field near the city of Waremme, Belgium, March 28, 2016. (Reuters/Yves Herman)