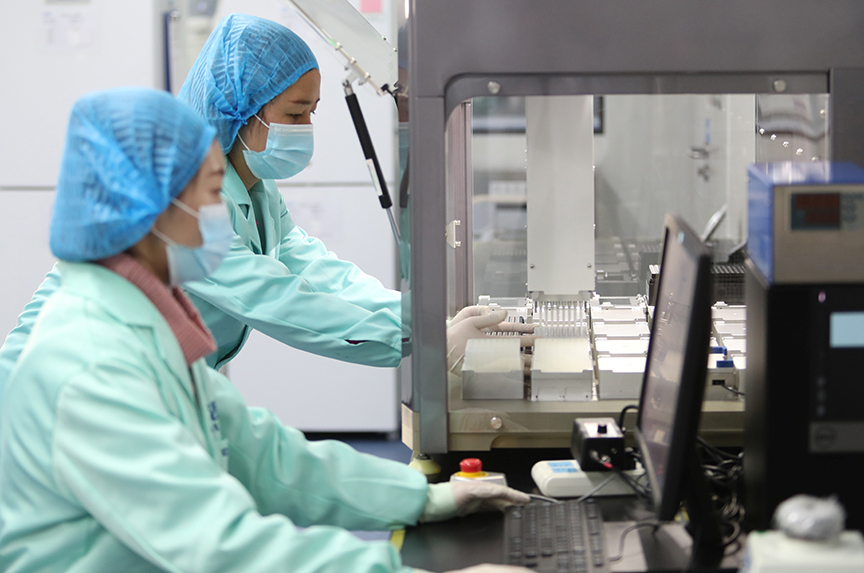 When most of us think about genetic technologies, healthcare comes to mind for some very good reasons. Our growing understanding of how our genes impact how our bodies function has made possible incredible medical innovations to treat and even cure some truly awful genetic diseases. But our genomes don’t just underpin our health, they are the blueprints of much of our lives.

Because our lives are about much more than our healthcare, the impact of the genetics revolution will extend far beyond the realm of health. It will change the way we assess our risks and opportunities, the way we make babies, our lifespans, the nature of the babies we make, and ultimately our evolutionary trajectory as a species. It will have massive national security implications.

As this transformation plays out, the applications of genetic technologies to alter the genetic inheritance of human beings will become increasingly controversial. Think about how agitated people have become over genetically modified organism (GMO) crops, even though there is not a lick of evidence to suggest that consuming GMO crops is any more dangerous for people than non-GMO crops. Think about all the controversy and violence that have accompanied the abortion debate. If people are willing to resort to violence over differences of opinion on GMO crops and abortion, imagine what they might do when the issue is genetically modified humans.

The world’s first gene-edited humans were born last year in China, the result of a secretive and, in my view, unethical series of actions taken by a Chinese biophysicist. This was a very unfortunate first step, but even had it not happened, a more ethical, transparent, and effective first application of heritable human gene editing would have undoubtedly been carried out a few years later. The basic point is that the gene editing of humans is coming. This, along with, an increased ability to knowledgably select among pre-implanted embryos as well as to create unlimited numbers of human eggs from stem cells induced from the mother’s adult cells, will fundamentally transform the way our species procreates and our ability to manipulate our own biology and that of future generations.

Over the coming years, a continuous and accelerating series of innovations will propel us into a new era where we will increasingly conceive our children in laboratories in an effort to both protect them from potential harm and confer potential advantages. Because different individuals, communities, and societies will feel differently about this application of revolutionary science to the essence of our humanity, different individuals, communities, and societies will approach these technologies differently. Some will stay as far away as possible, rejecting this type of interference as “playing god” and dangerously challenging nature. Others will embrace it in pursuit of real or perceived benefits.

But assuming this technology does over time confer the benefits of healthier and longer-lived children with higher than average IQs and other capabilities, what will those who have opted out do? Will they wait to see what happens, knowing they could be at a real disadvantage a generation from now? Will they try to force the other societies that have opted in to stop by persuasion, international law, or force? Or will they decide that the world is changing and they ultimately have no choice but to opt in if they want to keep up? It’s easy to see how this could become an extremely difficult, complicated, controversial, and even destabilizing issue both within and between societies.

Governments around the world should now be addressing these issues proactively to try to help make sure genetic (and other) technologies can develop in a way that optimizes the public good and minimizes any potential harm and the danger of conflict down the line. But far too little is being done.

Open any newspaper and what do you see? The headlines all feel important but how do they really compare to the technological revolutions transforming the world around and within us? We live in an era of revolutionary technology, not in the era of Donald J. Trump or Brexit, but that’s not how most of us are allocating our attention and energies.

With tremendous urgency, we need to develop bottom-up and top-down processes to start grappling with these critical issues in ways that bring us together, in spite of our differences, rather than drive us apart. That’s why I’m launching a species-wide dialogue on the future of human genetic engineering.

The genetics revolution will touch all of us so it is all of our business. But we also need much more from our leaders at all levels because genetics technologies will touch the very core of what it means to be human and must be responsibly regulated. Most of our political leaders aren’t remotely up to this task, but they must be. We must demand this from them.

All of this is more urgent than ever before. The genetics revolution isn’t just coming. It is already here.

Jamie Metzl is a member of the World Health Organization expert advisory committee on human genome editing, a nonresident senior fellow for technology and national security at the Atlantic Council’s Scowcroft Center for Strategy and Security, and a former US National Security, State Department, Senate Foreign Relations Committee, and United Nations official. His book Hacking Darwin: Genetic Enhancement and the Future of Humanity will be released on April 23.