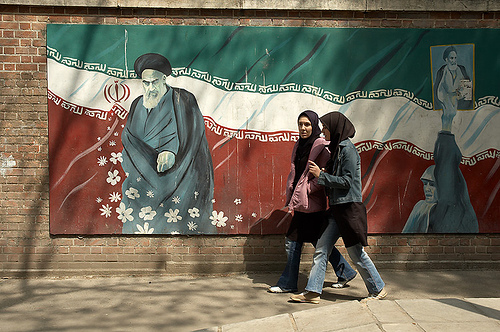 Many in the foreign policy community have suggested that the election of Hassan Rowhani, the least hard-line candidate running in Iran’s presidential elections, has opened a new window of opportunity for resolving Iran’s complex disputes with the United States and its negotiating partners. The most pressing issue, Iran’s nuclear program, will require deliberate multilateral diplomacy and concrete, reciprocal actions to achieve any breakthrough.

While negotiators talk centrifuges and levels of enrichment, however, both the U.S. government and nongovernmental groups can do more to build confidence and reduce tensions. Among the most promising low-risk, low-cost measures is the expansion of U.S.-Iranian cultural and academic exchanges. The United States and Iran have a 179-year history of cultural diplomacy that has delivered tangible benefits to both countries, and provides a bridge from a more cooperative past to a promising future for the United States and Iran. Today, American cultural and academic institutions can seize this window of opportunity to help build ties and improve the atmosphere for productive bilateral engagement along a spectrum of issues.

Along these lines, a new report from the Atlantic Council offers concrete recommendations and mechanisms to boost cultural engagement, which can build mutual understanding between the American and Iranian people. Just as they did during the Cold War, academic institutions and programs can bolster and solidify positive momentum between long-time adversaries. Even if bilateral issues take years to resolve and face numerous setbacks, cultural diplomacy can help build and sustain good will during the process and lay the ground for normal relations.

American academic, cultural, and athletic exchanges—both official and unofficial—have weathered the stormy Ahmadinejad years thanks to the dedication of organizations such as the National Academy of Sciences and the American Association for the Advancement of Science (AAAS), and numerous academic institutions that have welcomed Iranian students and scholars. In fact, it was during Ahmadinejad’s tenure that U.S.-Iranian official exchanges restarted in 2006, after a twenty-seven-year hiatus. Programs such as the State Department’s flagship International Visitor Leadership Program (IVLP), are the centerpiece of official exchanges, and can and should grow.

The Atlantic Council report recommends creating a non- or quasi-official U.S.-Iranian Cultural Exchanges Working Group comprised of distinguished representatives from the American academic, artistic, athletic, professional, and scientific communities and Iranian counterparts. The Working Group’s focus should be to help coordinate exchange activity and guide and support the delicate, logistically complex work of official and unofficial cultural exchanges. While the State Department leads the official side of these exchanges, in coordination with many U.S.-based institutions dedicated to global cultural exchange, the Working Group aims to support this critical mission. The Obama administration should also seek to station American diplomats at a U.S. Interests Section in Tehran to help identify candidates for exchanges and smooth the visa application process.

We must also learn from the lessons of the past—not just the Cold War, but also from previous U.S.-Iranian exchange programming. While the benefits of cultural exchange to U.S. national security are many, they are generally long-term and interstitial to other efforts. Therefore, the programs must be as apolitical and transparent as possible and of obvious practical mutual benefit to both countries. Cultural diplomacy is not information warfare, and exchange participants should not be treated as pawns for short-term public-relations advantage.

Already, over the past decade, U.S. and Iranian academics have worked together on such key issues as preventing food-borne diseases, treating cancer, predicting earthquakes and dealing with the impact of climate change. Five U.S. Nobel laureates have visited Iran and met with rapturous receptions. Meanwhile, the number of Iranian students in the United States has slowly recovered, reaching seven thousand last year.

American and Iranian exchange participants and the institutions supporting such exchanges deserve to be considered as cultural ambassadors. They are truly pioneers in the mission of creating peace and expanding shared knowledge in key academic, artistic, athletic, scientific and professional fields. The Working Group aims to help expand the institutional space for these pioneers to proceed safely, productively, and transparently.

America and Iran both have rich, diverse cultures and much to learn from each other. The vibrant Iranian-American community, and the work of key cultural institutions have kept linkages intact, albeit with difficulty and at a low level, for the past three decades. The many barriers to routine interaction between the American and Iranian people will require hard work and caution to navigate, but cultural exchanges offer a low-cost, low-risk means to advance along this path. We are proud to support the work of the pioneering institutions and individuals leading this advance, and during this time of promise, look to formalize and expand programs that will both advance U.S. national security and build the foundations for a more peaceful future.

Ramin Asgard is a former U.S. Foreign Service officer who has held key posts involving Iran, including director of the Voice of America’s Persian service, political advisor at U.S. Central Command, and director of the Iran Regional Presence Office in Dubai.

Barbara Slavin is a senior fellow at the Atlantic Council and Washington correspondent for Al-Monitor. She tweets @BarbaraSlavin1. This piece first appeared on The National Interest.