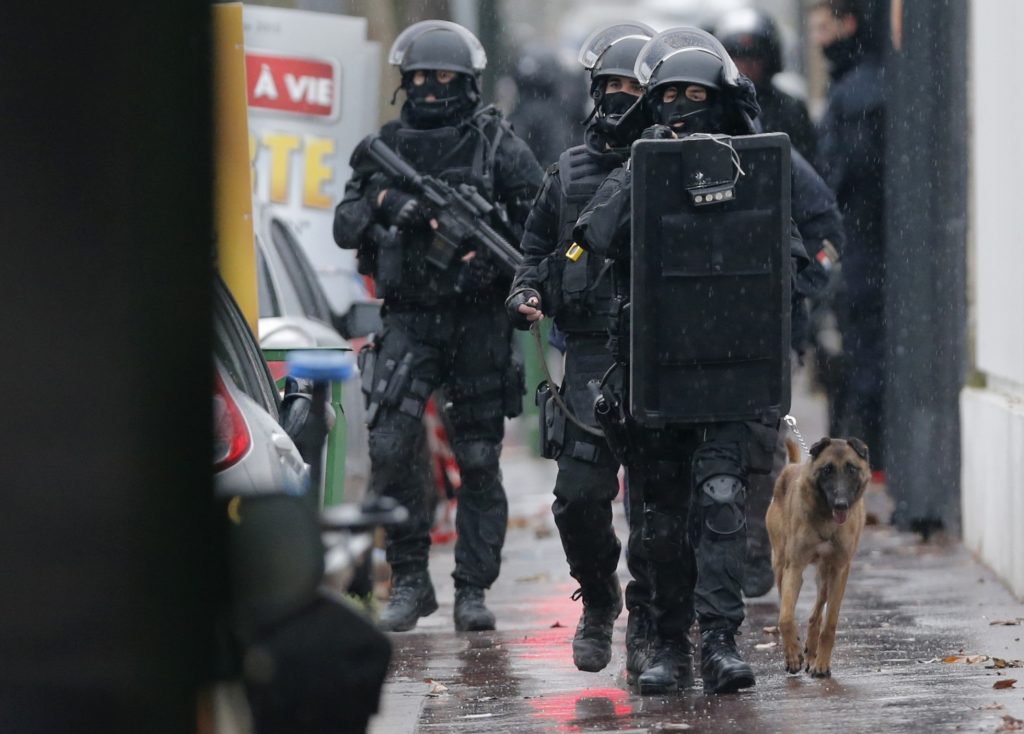 The killing by masked gunmen of at least a dozen journalists and others in Paris is an “unfortunate new normal” in an era marked by Islamist extremism’s Generation 3.0—a strain more virulent than that of al Qaeda, according to the Atlantic Council’s Barry Pavel.

“My strong sense is we will be seeing a lot more of these” kinds of attacks, said Pavel, who directs the Atlantic Council’s Brent Scowcroft Center on International Security. And while immediate security and military initiatives are needed to protect innocents, the only real solution is long-term, he said in an interview. “We need to dry up the root causes that are causing this new generation [of violent militants] to arise. … That is a whole other set of issues related to political legitimacy in the Middle East, economic potential, rule of law, etcetera.”

In France’s deadliest terrorist attack in decades, three masked men with Kalashnikov assault rifles stormed the offices of the satirical magazine Charlie Hebdo, killing at least twelve people, including the publication’s editor and cartoonist. The gunmen reportedly shouted “Allahu Akbar” — Arabic for “God is Greatest” — as they stormed the building. Charlie Hebdo had received warnings from Islamist militant groups for publishing cartoons of the Prophet Muhammad. No group claimed responsibility for the attack, and France launched a manhunt for the killers, who escaped.

While France raised its terror alert level in the Paris region, and Parisians gathered in shock to protest the attack, Pavel said it would be hard to prevent similar assaults. “How do you stop in a free society someone with a gun killing between 5 and 15 people?” Pavel asked.

Below are excerpts from Pavel’s interview.

Q: Is there a link between the increase in the number of terrorist plots and attacks in Europe and the rise of ISIS, which has recruited an unprecedented number of Westerners?

Pavel: Al Qaeda was the most prominent initial threat in the recent decade and a half and they were very centralized. In a subsequent phase, the coalition in the war on terrorism did a lot to decimate al Qaeda’s capabilities, including ultimately killing Osama bin Laden. But there was a middle phase there where they developed regional affiliates that were either directly affiliated or inspired, including AQAP [Al Qaeda in the Arabian Peninsula], AQIM [Al Qaeda in the Islamic Maghreb], and other regional affiliates.

ISIS could be called Generation 3.0 here in the sense that they appear to be much savvier regarding modern Internet-based communications tools. They are even a further fractionalization of the initial, more centralized, al Qaeda — and probably more inspired than directly recruited, so I take a little bit of issue with the premise of part of your question.

Certainly some are recruited, but a lot of these are just inspired because one of the benefits of a heavy reliance on social media is you don’t need a centralized hierarchical organization for all of the functions that a group like this needs to undertake.

My strong sense is we will be seeing a lot more of these [attacks]. In some ways this is the unfortunate new normal until we get a better handle on addressing the root causes that have led to this much more virulent strain of extremist terrorism that ISIS represents, even compared to al Qaeda.

Q: French President Francois Hollande said other terrorist plots had been foiled in recent weeks. Why has France become a target of the terrorists?

Pavel: I am not a French expert, but I know they have a significant population from the Middle East and that it is not as well integrated as it could be. That is perhaps the reason why there is a sense of alienation and disenfranchisement. I don’t know how accurate that sense is.

Also France is part of the broader Western coalition that is operating not just against ISIS, but also spearheaded the operation in Mali. They are one of the core Western countries that is in a coalition in various forms with the United States and other countries to deal exactly with these types of extremist groups

Q: How do you fight an enemy that has no army and appears to strike at will?

Pavel: Certainly there are military instruments that have to be used to defend against people that are trying to kill innocent civilians in our societies. Period. Those who suggest that there is no military role here—I don’t think that is accurate. But it is far from sufficient.

We need to dry up the root causes that are causing this new generation to arise and to do all the things that it is doing, largely inspirational, but nonetheless extremely dangerous and detrimental to a broad range of our interests as well as those of our allies and partners. So addressing those root causes is the only way to stop this. That is a whole other set of issues related to political legitimacy in the Middle East, economic potential, rule of law, etcetera.

This [attack] is not hard to do at all. How do you stop in a free society someone with a gun killing between five and fifteen people? You don’t. This has happened numerous times in the US. This has happened in various forms although with different intents and different motivations already in the US in the last couple of years with school shootings and other mass shootings.

Because the capabilities are so extant throughout our societies with the availability of weapons and the free movement of people it’s going to be very, very difficult to stop these kinds of small-scale attacks unless we want to start developing much more intrusive methods with regards to surveillance and defense. On defense I’m talking about having much more of an armed presence even than we are already living with in our societies until we dry up the root causes.

Image: A ‘new normal?’ Armed French police respond to a shooting in Montrouge, at the southern edge of Paris, the day after suspected Islamist militants killed 12 people at the offices of a satirical weekly. The Atlantic Council’s Barry Pavel says similar terrorist attacks will remain difficult to prevent. (Reuters/Christian Hartmann)