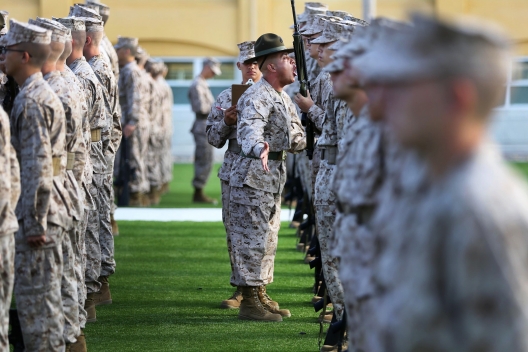 With the government back in business, it’s worth reflecting on the toll the sixteen-day shutdown inflicted on the nation’s defense. While most of the media attention went to relative trivialities like service-academy sports and the closure of war memorials, we wasted enormous resources that could otherwise have gone toward the nation’s security.

Thanks to last-minute action by Congress, our soldiers, sailors, airmen, and Marines—along with, after a brief interruption, most of their civilian counterparts—continued to draw salaries and benefits during the crisis.

Their ability to do their jobs, however, was seriously hampered.

Gordon Adams, an expert on defense budgeting at American University, estimates that it costs between $2 billion and $4 billion to prepare for a government shutdown and the same amount to get back up and running. We’ll likely never be able to precisely calculate the costs of the shutdown. But massive amounts of money were being needlessly wasted on a daily basis. US department of defense comptroller Bob Hale estimated $600 million in “lost productivity” at the Pentagon alone.

Ongoing operations, most notably the war in Afghanistan, were fully funded, but most training and maintenance went on hold owing to “the absence of available appropriations.” And some critical national-security personnel in other agencies, including civilian analysts at our intelligence agencies, were deemed nonessential and thus unable to report for duty.

All travel and temporary-duty assignments had to be approved at or above the combatant-commander level. Not only were troops who had been scheduled to travel to attend military schools unable to do so but, infuriatingly, those already in the middle of training were sent home in most cases. Even those weeks into classes had to return to their home base, wasting the money the taxpayer had already spent on travel, lodging, and subsistence. Further, the taxpayer will have to send them back, paying a second time, now that the government has reopened. In most cases, the students will have to start from scratch. And, of course, the instructors continued to be paid, despite not being able to do any instructing.

All of this was somewhat arbitrary, owing to vagaries of funding categories, different interpretations of very unclear rules, and the situation of individual personnel. So while the NCO Academy at Tyndall Air Force Base in Panama City sent 155 of its students home midway through its six-week course, 25 students whose permanent duty station was Tyndall or were in the National Guard, and thus funded by their states, were allowed to continue. (Although, paradoxically, most of our Reserve and National Guard forces were prohibited from attending weekend drills and annual training, as well as active-duty training.)

Because this was uncharted territory, everything was in flux. So, for example, those already on orders for the Army’s Airborne School at Fort Benning, Georgia were allowed to finish their training and graduate, but those who showed up Tuesday expecting to begin a new class were sent home.

The impact across professional military education was mixed, owing to different staffing cultures and curricular patterns. The Naval Postgraduate School in Monterey, California all but shut down during the week that its civilian faculty was on furlough. Ditto the Naval Academy at Annapolis. Conversely, the Military Academy at West Point and the Air Force Academy at Colorado Springs, whose faculty are primarily uniformed military, more or less continued operations.

At the Marine Corps Command and Staff College (CSC), where I teach, we simply moved up a block taught by our military faculty when the PhDs were furloughed. Conversely, at one of our Marine Corps University sister schools, students who were in the middle of a major field exercise away from campus had to be brought back home.

But even at CSC, the shutdown has resulted in waste. To begin with, our leadership has devoted untold hours that they would have otherwise spent working to improve the education of the majors and lieutenant commanders in their charge to shutdown-related contingency planning.

While the military officers who are our primary student population continued under a realigned schedule, their central intelligence agency and state department classmates were furloughed and unable to attend school. Not only did this take away from the intellectual capital of our interagency national-security team, but our military students were deprived also of the exposure to the different perspectives of midcareer professionals from outside the armed services.

Faculty members scheduled to present research at conferences during the shutdown were suddenly unable to do so. One of our professors was called back from Australia a day before giving his paper—with the added bonus of a higher cost to the taxpayer for the earlier flight. Not only was this professionally embarrassing and a missed opportunity to engage with colleagues at other institutions, but it was also a colossal waste of money since, in most cases, conference and travel fees were already spent.

The long-term impact on military training and education should be minimal. Civilian faculty at our war and staff colleges and service academies only missed four days, and schedules can be adjusted to make up for lost ground. Presumably, students at TDY schools whose classes were canceled or who were sent home will be rescheduled at a later date. While disruptive, we can recover.

The more lasting issue is that all this wasted money has to come from somewhere. The department of defense is already scheduled, and reasonably so, to take hundreds of billions of dollars in cuts as we come off a dozen years on a war footing. Another year, or more years, of sequestration appears inevitable. Adding the shutdown on top of that was doubly disruptive.

Adding insult to injury, the taxpayer will eventually be on the hook for back pay for the department of defense’s furloughed employees. So, to recap: we’ve disrupted hundreds of thousands of lives, ruined weddings and vacations, and degraded the nation’s security without saving any money. Indeed, we’ve wasted countless billions on top of our misery. That’s a high price to pay for, well, nothing.