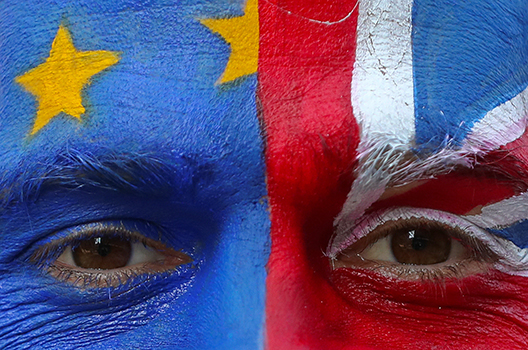 The United Kingdom will no longer leave the European Union (EU) on March 29 as originally planned. However, policy makers on both sides of the English Channel still do not know when Brexit will happen, how it will be implemented, or even if it will really come to pass. Despite more than two years of negotiations, little is known about what will be the United Kingdom’s future relationship with the EU.

Here is a quick look at where things stand and what to watch out for in the coming weeks:

What happened to the March 29 deadline?

After British Prime Minister Theresa May’s draft Withdrawal Agreement with the EU was rejected by the UK Parliament for a second time on March 12, she held two more votes to ask Parliament if they preferred leaving the EU without a deal on March 29 or wished to ask for an extension to the Brexit deadline. The March 13 resolution on no-deal Brexit saw 321 MPs reject the possibility of no-deal, with only 278 in favor. A resolution on an extension the next day was passed, but MPs rejected amendments that would have asked for a second referendum or a lengthy extension for Parliament to reassess its options.

May initially indicated that she could try to hold another vote on her Brexit Withdrawal Agreement before the March 29 deadline, hoping that hardline Brexiteer MPs would be pressured to vote for it to avoid a lengthy extension. But her hopes were complicated by a ruling from the Speaker of the House of Commons, John Bercow, who ruled on March 18 that May could not “resubmit to the House the same proposition—or substantially the same proposition—as that of last week, which was rejected by 149 votes.”

May then asked European leaders on March 20 for an extension to the Brexit deadline until June 30, in order to give Parliament more time to pass the Withdrawal Agreement or an alternative. In a defiant speech on March 20, May said to the British people that she knows that “you want this state of the Brexit process to be over and done with. I agree. I am on your side.”

May 22: At a meeting of the European Council on March 21, however, European leaders offered a different extension package. If May’s agreement passes the House of Commons next week, the EU said it would agree to an extension until May 22 in order for both sides to make necessary preparations.

April 12: That’s the date until which the EU will grant an extension if May’s deal fails again in the House of Commons.

EU27 responds to UK requests in a positive spirit and:
? agrees to Art. 50 extension until 22 May if Withdrawal Agreement approved next week
? if not agreed next week then extension until 12 April
? approves ‘Strasbourg Agreement’
? continues no-deal preparations

European Council President Donald Tusk explained that a decision would really need to be made by that date as “the 12th of April is a key date in terms of the UK deciding whether to hold European Parliament elections [in May]. If it has not decided to do so by then, the option of a long extension will automatically become impossible.”

On March 22, Brexit minister Kwasi Kwarteng told British MPs that a third deal on May’s withdrawal deal would most likely happen next week, although he did not offer details on how the government would get around Bercow’s ruling disallowing another vote on the Withdrawal Agreement.

Reports also emerged on the morning of March 22, however, that if the deal fails again, May could call several “indicative votes” in Parliament on a number of different Brexit scenarios, including a second referendum, revoking the Article 50 withdrawal notification (and, therefore, indefinitely pausing the Brexit process), staying in the EU customs union, or crashing out with no deal. Although there has been no indication that any of these votes would be binding on the government.

At the same time, a petition to the UK government to revoke Article 50 and remain in the EU surpassed three million signatures on March 22, above the 100,000 signatures needed to require Parliament to debate it. With the government implying a string of votes on potential options, next week could be the first time the revocation of Article 50 could be seriously on the table, as well as the potential for another general election to break the Brexit deadlock.

Although it has been said many different times over the last few months, next week is sure to be full of parliamentary drama in Westminster with the potential for either a breakthrough or continued uncertainty.

Image: An anti-Brexit protester with painted EU and British flags on his face is seen ahead of a EU Summit in front of European Commission headquarters in Brussels, Belgium March 21, 2019. (REUTERS/Yves Herman)