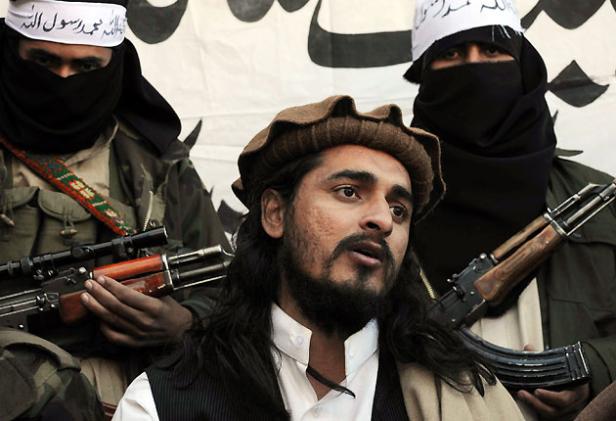 With the killing of Osama bin Laden, attention has shifted to the endgame in Afghanistan. But a persistent problem remains inside Pakistan: the Tehreek-e-Taliban Pakistan (TTP), or Pakistani Taliban. This homegrown terrorist organization swore war against the state when the army was sent into the Federally Administered Tribal Areas (FATA) bordering Afghanistan. For the past eight years Pakistan has chosen to use its military to fight this insurgency, devoting some 150,000 troops and members of the locally recruited Frontier Corps and other community police to the mission. It has cleared areas in each of the seven agencies that comprise FATA only to find that the Pakistani Taliban resurfaces elsewhere. Even persistent U.S. drone attacks, one of which killed the founding leader of the TTP, Baitullah Mehsud, failed to destroy the organization. If the battle against these terrorists does not improve, Pakistan faces a grim future, especially after the United States begins to exit from Afghanistan and funding for the fight for Pakistan declines, either as a result of general cut backs or because of differences with Pakistan over the Pakistani lack of vigor in battling Al Qaeda.

After the October 2009 invasion of the Pakistani Taliban’s headquarters in the Mehsud territory of South Waziristan, the leadership, under Baitullah’s successor Hakimullah Mehsud, was forced to flee to other parts of the FATA. Reportedly Hakimullah first went to the Orakzai Agency and may have moved elsewhere as military-clearing operations mounted in the region. Dislocation from his tribal base puts Hakimullah Mehsud at a disadvantage in the FATA’s Pashtun culture, where he now must rely on the protection of his tribal hosts but he has also become more dangerous, since he has fixed his sights on coalition forces in Afghanistan and may also be liaising with Punjabi Taliban, who are entering the fight inside Afghanistan. Poor intelligence means that Pakistani forces cannot trace and then kill or capture Hakimullah on their own. Are they waiting or the U.S. drones to do their job?

The Pakistani Taliban comprises numerous local leaders, some of whom are new to their role, having usurped traditional tribal elders. Some are mere “tax collectors,” living off transit fees or robbery. Others are involved in smuggling and transporting drugs. A few also allegedly operate as freelancers, paid by the Pakistani Inter-Services Intelligence Agency. But their loyalties keep shifting. A local saying is “you cannot buy a Pashtun, but you can always rent him!” They have a loose affiliation across the region and even with groups outside the FATA.

The Pakistani military maintains that it has cleared most of the FATA of these terrorists except pockets in the border between the Orakzai and Kurram Agencies, the Tirah Valley in the Khyber Agency that extends towards the Afghan border, and a sanctuary on the Kunar side of the Afghan border. Yet the war has not been won, nor is it likely to be anytime soon. Absent a broader and deeper involvement of the civilian side and the creation of jobs and opportunities in the FATA, as well as the political, social and economic integration of these tribal areas into Pakistan proper, the problem is likely to persist. A bigger issue may emerge if the Coalition Support Funds that currently sustain the Pakistani effort dry up in the wake of the contretemps following the raid that killed Osama bin Laden. Pakistan does not have the budgetary resources or equipment to carry on the fight at the level and pace that it has up until now. Its army still has not created integrated units that would mimic the Provincial Reconstruction Teams or the National Solidarity Program that seem to work in Afghanistan.

Even more dangerous is the potential hookup of the Afghan Taliban and the Pakistani Taliban, including the Punjabi Sunni extremists. In the latter category are groups such as the Lashkar-e-Jhangvi and the Jaish-e-Muhammad, who have participated in sectarian violence against the Shia Turi tribe in the Kurram Agency. Reports have surfaced recently that the Afghan Taliban leader Siraj Haqqani and his forces are moving into Kurram and trying to make peace between these warring sectarian groups. If Haqqani moves into the Parrot’s Beak territory of Kurram that protrudes into Afghanistan, he would have a launching pad even closer to Kabul than his current base in North Waziristan.

Until recently, Pakistan’s military has made deals with Haqqani and adopted a laissez-faire policy, allowing his forces to use North Waziristan as a sanctuary. In return, Haqqani has not attacked the army directly and has also allowed rations to be supplied to Pakistan’s border posts—border posts that are designed to interdict movement across the Pakistan-Afghanistan border. The irony and contradiction of all this is glaring. What use are the posts if the people whom they are supposed to monitor and stop are the ones that allow the posts to be supplied?

Times may be changing. There are some reports from regimental-level officers in the territory that Haqqani forces or their allies have given sanctuary and support to escapees from South Waziristan, escapees who have attacked and killed army and Frontier Corps soldiers periodically. If true, the army may have good reason to want to push Haqqani back into Afghanistan. Thus far Pakistan has held off from moving against Haqqani for two reasons: first, his perceived usefulness as a bargaining chip in ensuring that there is Pashtun representation in an Afghan government after coalition forces withdraw; second, Pakistan does not have the force needed to effectively mount a cleanup operation. But as Pakistan talks directly with the Afghan authorities and reaches an understanding of what the shape of a Kabul government will be in years to come, it may find Haqqani more of a liability than an asset: he is known for his independence and likely will not follow Pakistani orders. Further, Pakistan is now moving forces from Swat and will have at least one extra division, if not more, to move into North Waziristan to supplement the seven division troops based there. If debate in the Pakistan military high command continues over what to do about Haqqani, it is possible that military action may occur. But the sorry state of U.S.-Pakistani relations may affect the timetable adversely. Among other things, the Pakistanis will be looking for signs of U.S. troop movement into the regional command opposite North Waziristan to indicate U.S. resolve to take on Haqqani in his own territory with more than just Special Forces. U.S. success may embolden the Pakistanis to act against Haqqani. But they will also be watching what happens in the overall allied effort in Afghanistan after this summer’s deadline for U.S. troop withdrawal.

Meanwhile, Pakistan faces a more serious problem in the hinterland. There is no evidence of a strategy to take on the Sunni militants that are fighting the state nor outward-facing groups such as Lashkar-e-Taiba. Even if Afghanistan settles down, Pakistan faces a long war for which it is not fully prepared. The result may be continuing instability inside Pakistan and creeping radicalization may become a reality in society at large and perhaps even infect the military over time. In nuclear-armed Pakistan, this may pose a regional and global threat to peace and stability. Pakistan needs to begin this fight at home. If it takes the first steps, the world may be able to help it. The alternative is unimaginable.

Shuja Nawaz is director of the South Asia Center at the Atlantic Council. This essay originally appeared in The National Interest.