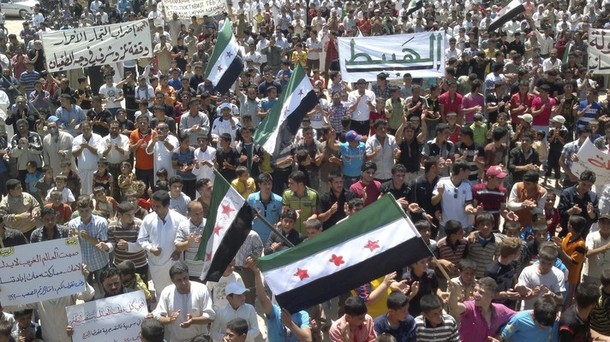 For those seeking to limit the role of military interventions in American foreign policy, making arguments convincing for a policymaking audience has been a persistent difficulty. Despite the existence of a significant popular aversion to intervention, mobilizing members of the policymaking elite behind anti-interventionist policy choices has always been difficult, and anti-interventionist stances, at least in a crisis, are often only accepted with reluctance, particularly as a crisis drags on.

Firstly, as Daveed Gartenstein-Ross correctly notes, the alternative options by anti-interventionists are often not very appealing. In many cases, the alternatives of using diplomacy, sanctions, or other measures to try to seek a non-military resolution or at least abatement of conflict are easy targets for criticism. Interventionists usually portray military action as a clear and straightforward resolution to the problem, with the best possible end-state emerging from the fog of war. On the other hand, policymakers cannot promise anywhere near as happy an ending to non-military actions, if only because the ugly reality of what limited American leverage can accomplish is visible every day, while the likely much worse result of a poor intervention strategy remains hypothetical.

Secondly, as Gartenstein-Ross notes, anti-interventionists are often reluctant to explicitly outline what they expect to happen in the absence of military intervention. The difficulty of doing so is that it compounds on the problem outlined in the aforementioned point – it offers a vision that is not very competitive with the grand, if unjustifiably optimistic, notion of the end-state an intervention produces.

That said, there are voices opposed to military intervention in Syria which have identified alternative courses. Andrew Exum and the good folks at CNAS, for example, have argued for a genuine containment effort based on security cooperation with neighboring states to prevent actual spillover of the conflict. Other alternatives suggested, such as political pressure on Russia to help negotiate a halt to violence, or a political transition that stops short of violent regime change, have run aground on the fact that many other regional and global powers have interests opposed to preferred US outcomes in Syria, which can only be satiated through concessions that may often seem extremely unpalatable.
For example, at a time when the current administration is under considerable pressure from policymaking elites for making perceived concessions to Russia on issues such as missile defense and NATO expansion, the prospect of making the sort of actual concessions necessary to get a Russian concession on Syria might be similarly abhorrent to those inclined to intervention, particularly when this approach acknowledges the limited fruits such a concession would bear.

Similarly, a political transition is almost certainly likely to leave major swathes of the Syrian regime, including the security services which have so viciously butchered the opposition, in power. Even in cases where the military was extremely dependent on powers supporting regime change, such as in Egypt, it has been extremely difficult for Western states to dislodge the military from power. In Syria, where the United States has virtually no leverage over the security services, it is highly unlikely that military action can deliver the tabula rasa for democratic governance that interventionists often desire.

The most likely outcome in Syria, all other things remaining the same, is the reduction of the rebellion to an insurgency incapable of holding territory, if not their outright defeat, and the kind of terrible, violent reprisals by the government which follow in the wake of such failed insurgencies. However, there is the distinct possibility that regional actors will continue to funnel enough support to keep the rebellion alive, though without a major ground intervention the best they can likely hope for is a long-term attrition of the Assad regime and whatever states commit resources to backing it.

That means thousands, perhaps tens of thousands—more dead. It means a continuing litany of horrors pouring out of Syria. It also means shame and embarrassment for whatever policymakers are foolish enough to promise a happy outcome to efforts to mitigate the Syrian conflict. But it is vital to remember that the strategic merit of intervention plans rise and fall not with the degree or pace of killing, but with the military feasibility of the opposition defeating the Syrian government. While the death toll of Syria has only risen, the military feasibility of the FSA defeating the Syrian government or holding territory against concerted offensives or sieges has not improved
In reality, there is no clear correlation between the degree of an atrocity and its impact on American vital interests. This is uncomfortable, but necessary, to fully state the anti-interventionist case. The Cambodian genocide and Rwandan genocide were two of the greatest atrocities in history, yet neither significantly reduced US security or freedom of action despite their terrible consequences within their own regions. On the other hand, death tolls from tensions in the Gulf, or even the outright Iraqi invasion of Kuwait, were very low, but obviously came with much more important consequences for American interests. America has virtually no vital interests in Syria itself, which means a strategy that simply insulates areas in which the United States does have serious concerns from the consequences of Syrian violence is likely a far better use of US resources.

However, it is vital to note that in similar strategies of limited-liability civil war intervention, the odds are no better for prevention of a longer war and thus more casualties, more suffering, and more instability. Waging a war of attrition–and any strategy that relies on the guerrilla FSA defeating the conventionally superior Syrian military, even with the added factor of air support, is ultimately one of attrition–will mean tens of thousands, at least, of additional dead, and, barring the deployment of an unthinkable number of ground troops, the same sort of overflow of instability, influx of unsavory non-state actors, and other consequences bandied about as proof of the need for an intervention. The notion that intervention is inherently stabilizing is not just false, but in fact antithetical to the very strategic logic of a limited intervention itself.

Even if intervention was quick and successful, overthrowing a brutal regime does not mean an end to brutality itself. There is no way to prevent the outbreak of insurgencies by groups which would oppose the new Syrian government, or to ensure that Syria retains a strong central government at all. Nor are there any mechanisms that would prevent foreign powers hostile to a new Syrian government from covertly backing opponents or exploiting new fissures in the political landscape. The anti-interventionist option of “do nothing” is ugly, but not much uglier than the “do something” options if one considers the consequences of a militarily-incoherent intervention, and perhaps even less ugly if one considers the potential consequences of an intervention–greater sectarianism, greater opportunities for jihadist groups to infiltrate into Syria, and counteractions by Syria’s foreign supporters against an intervening force.

Anti-interventionists must also note the difference between counteracting the objectives of a country with which the United States is hostile and advancing US interests and goals. Simply because Iran supports the Assad regime does not mean that trying to overthrow the Assad regime makes for good Iran policy, nor does it mean a good Iran policy will necessarily beget a good Syria policy. Spending a Syria intervention’s likely billions on supporting the costly US presence in the Gulf (where, unlike the Levant, Iranian action has a direct impact on vital US interests), taking countermeasures against Iranian proxies in other geographic theaters, or by directly supporting US allies. Similarly, a policy aimed at reducing Iranian freedom of action by waging a proxy war against it in Syria would likely, as most proxy wars do, increase the devastating costs for the civilian population and delay or deny alternative possibilities for an abatement or settlement of the killing.

The mere acknowledgement that certain areas of the world, or certain types of foreign political behavior, do not matter very much for US interests is fundamentally at odds with many basic assumptions and rhetorical frames for US foreign and defense policy.

In an interconnected or globalized world, technology, communications, and complexity make a crisis anywhere a seemingly imperative interest. In such a context, it becomes increasingly hard to distinguish chaos or strife anywhere from a systemic threat to everywhere.

Anti-interventionists have to explain that American national policy, though it may look at the world holistically, must distinguish between regional crises and global interests, particularly when deciding to undertake something as inherently costly and dangerous as military action. It is difficult to evangelize the anti-interventionist alternative when the importance of a crisis is continually inflated. Without recognition that Syrian violence–however horrific it gets–so long as its spillover is mitigated, is not in and of itself a threat to vital American interests, interventionists can easily conflate a preference (that Syria not brutally repress its citizens) with an actual interest. The current administration, by all too often invoking tropes of the new, globalized and internationalized national interest, has in many ways painted itself into a difficult corner by ceding the very debate to the interventionist camp about when and where US major interests are at stake.

Dan Trombly is a writer completing a degree in International Affairs with a concentration in Conflict & Security at George Washington University. This post originally appeared on gunpowderandlead.org