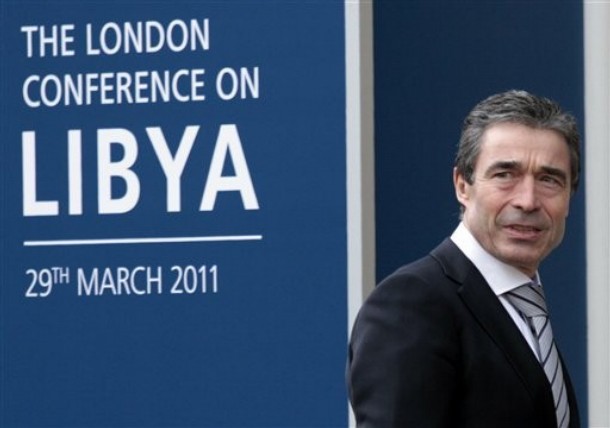 The commencement of military operations in Libya has led to some unexpected reactions in Eastern European capitals. It was widely expected that Russia, whose uneasiness with the very principle of humanitarian intervention is well-known, would have used its veto at the U.N. Security Council to block the passage of Resolution 1973. After all, Russia’s firm opposition to the Kosovo intervention in 1999 led the United States to work through NATO rather than bring the matter to the Security Council. And Moscow has had a clear track record over the last decade of resisting Western calls for intervention on humanitarian grounds in places like Sudan, Zimbabwe and Burma. Yet Russia chose to abstain from the vote on the Libya resolution, not veto it, and in the absence of Russian resistance, China chose not to be the lone standout on the issue. While there has subsequently been a great deal of criticism — most notably expressed by Prime Minister Vladimir Putin — emanating from some circles in Russia, there has been no indication that Moscow is prepared to take any drastic steps to register its displeasure.

At the same time, Poland, which traditionally has been one of the strongest proponents of the concept of a "league of democracies" and sent contingents to Iraq and Afghanistan, was far less enthused about the prospects of the Libya operation. Warsaw’s reluctance to endorse the Libya mission, combined with its decision to play no active role in it, caught many American policymakers by surprise. Former U.S. National Security Adviser Zbigniew Brzezinski spoke for many in Washington when he expressed his concerns with the "passively neutral stand that Poland has taken on this issue."

However, Moscow’s lack of existential concern over the Libya mission and Warsaw’s cool reaction to it are more understandable when we consider that both Russia and Poland sense the operation may prove to be a turning point in the future direction of the North Atlantic alliance.

For NATO, however, this could be a "Tilsit" moment. Just as Napoleon Bonaparte reached an accord with Tsar Alexander in 1807 that stopped France’s eastern advance, permitting Paris to focus more time and attention on the empire’s southern flanks, the Libya mission could be the alliance’s first step toward formally abandoning any further eastward expansion. By this argument, the stabilization of the Baltic basin has been accomplished: Europe’s natural frontiers in the east have been reached at the Vistula and the western shore of the Black Sea, and now it is time to look south.

In doing so, NATO would effectively acknowledge that the status quo achieved in the borderlands between Europe and Russia is likely to last, with Ukraine under President Viktor Yanukovych assuming a "neutral" status marked by the pursuit of a balanced approach to both Moscow and the West. Tilting the axis of NATO away from an East-West divide and toward a North-South bridge diminishes the relevance of Western "beachheads" across the Black Sea: If the future of the alliance is the Mediterranean basin, not the Eurasian plains, a NATO-aspirant country like Georgia becomes far more distant and peripheral to the alliance.

Russia’s 2010 military doctrine identified the continued expansion of NATO as a prime security threat to the country. But an Atlantic alliance that looks south instead of east would be a NATO that Russia could learn to live — and even partner — with. The effort to oust Moammar Gadhafi might have the unexpected consequence of allowing NATO to write a new chapter of its history not only with the Arab world, but also with Russia.

This is an abridged version of a longer piece at World Politics Review.

Nikolas K. Gvosdev, a contributing editor at the Atlantic Council, is professor of national security decision making at the U.S. Naval War College.