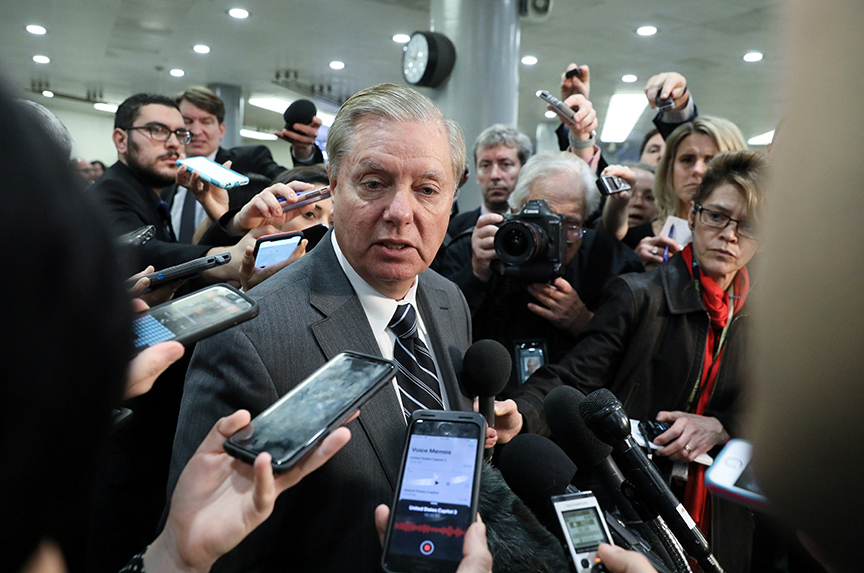 In a recent op-ed in the Wall Street Journal, US Secretary of State Mike Pompeo wrote, “degrading US-Saudi ties would be a grave mistake for the national security of the US and its allies.” Moreover, in the course of his defense of the Trump administration’s Saudi policy, Pompeo exaggerated the value of Saudi partnership and sought to debunk critics by attacking their political affiliation, labeling the debate as one between liberal idealism and Trump pragmatism.

What Pompeo, US Secretary of Defense Jim Mattis, and several in the think tank community have done is set up a straw man argument that focuses on defending the US-Saudi relationship in toto, thus conflating Saudi Arabia with its new young de facto ruler, Crown Prince Mohammed bin Salman (MBS).

As the US Congress moves for a broader debate of US involvement in the war in Yemen and a review of US-Saudi relations in light of the murder of Washington Post columnist Jamal Khashoggi in the Saudi Consulate in Istanbul on October 2, it is important to keep in mind that what is being challenged is not the overall value of a relationship with Saudi Arabia, but rather the recklessness and the human cost of MBS’ policies in an already volatile region.

It is worth noting that the late Saudi King Abdullah, as crown prince in 1989, helped orchestrate the Taif Agreement that ended the fifteen-year civil war in Lebanon.  In 2002, Abdullah presented the Arab Peace Initiative, taking the lead in putting diplomacy first in an attempt to resolve the Israeli-Palestinian problem. And in 2010, after a brief and aborted attempt by the Saudis (led by Prince Khaled) to help then Yemeni President Ali Abdullah Saleh against the Houthis, Abdullah ordered an agreement be reached with the rebels to end direct clashes with them across the borders.

In March 2015, two months after Abdullah’s death, MBS launched a war in Yemen alarmed by the rise of the Houthis, whom the Saudis believed to be backed by Iran. That war rages on after almost four years, achieving nothing other than creating one of the world’s worst humanitarian disasters.

The Trump administration has argued for the need to preserve the US-Saudi relationship citing the dangers of instability in the Middle East. That argument does not hold water.

Since MBS came to power in 2015, Saudi Arabia has undertaken an aggressively activist foreign policy as compared to its more measured foreign policies of past decades.

In December 2015, the German foreign intelligence agency, known as BND, wrote a memo noting: “The cautious diplomatic stance of the older leading members of the royal family is being replaced by an impulsive policy of intervention.” The BND accused MBS and his father, King Salman, of trying to create an image of Saudi Arabia as the leader of the Arab world.

As a consequence of this approach, in Yemen we have seen Saudi Arabia get involved in its first direct war outside its borders.  Lacking a credible army of his own, MBS stitched together an Arab coalition, consisting mainly of Saudi Arabia in alliance with the United Arab Emirates, while using as a military force on the ground diverse troops imported from Sudan, Ghana, and volunteers from other regions who could only be described as mercenaries since their countries have no policies on Yemen and no cause to officially go to war there.

At least three different Yemeni militias have also been formed, trained, and equipped by the UAE and based largely in the Hadramout in the south.  The Saudis and Emiratis, despite an abundance of fighter jets, do not have enough trained pilots to fly them. Pilots have been borrowed from Egypt, Pakistan, and Jordan. Morocco, Turkey, and Sudan have provided other forms of assistance.  With US and British pilots flying refueling planes to assist the coalition’s fighter jets in carrying out their missions and staffing a command and control center in Riyadh, the circle of regional and international involvement has considerably widened.

Far from stabilizing the region, the Yemen war has engulfed it in tension and brought an international dimension to it that has sharpened an already dangerous polarization and the likelihood of a regionwide conflagration.

The concern about war crimes has also multiplied with the use of mercenary forces that are under no discernible control.  A corollary of that has been the spread of sophisticated US and European weapons by design (to militias supporting the Arab coalition) or via raids, theft, and the arms black market (as some weapons have fallen into the hands of the Houthis and al Qaeda in the Arabian Peninsula, or AQAP).

What is at issue in Yemen, and the region more broadly, is whether Iran is stoking fires instead of helping to put them out. The nuclear issue, whether one is for or against the Iran nuclear deal, is another matter altogether.

Despite the different approaches to the nuclear deal, the JCPOA, the contrast in views on US-Saudi relations is not between idealism and pragmatism, it is rather a different assessment of what is destabilizing the region. By standing up against the immorality of Khashoggi’s murder, a bipartisan group in Congress is saying this is part and parcel of checking reckless behavior that could spiral out of control.

The debate over US assistance to the Saudi war effort revolves around two issues: the need to assist an ally against a foreign danger and the thesis that US aid helps the coalition minimize collateral damage in Yemen.

On the first issue, Saudi Arabia acted against the Houthis in Yemen before any shot, let alone a rocket, was fired at the kingdom from Yemen. The simple fact is that to this day there isn’t a single Iranian soldier in Yemen. Even if the Saudis acted in anticipation of growing Iranian influence in Yemen, they simply have not been invaded or even threatened by anyone.

On the second issue, US and British training clearly has not been foolproof. The killing of civilians has continued. The fact is that the Arab coalition’s blockade of Yemen itself is killing civilians every day due to starvation and lack of medicine, making the war itself an ongoing war crime. Saudi Arabia could have used its diplomatic and economic weight to compel Yemenis to reach a peaceful accommodation with one another, thus thwarting any potential Iranian involvement. The Saudis have put diplomacy first in the past.

There is no doubt that Saudi Arabia is an important US ally. Strategically, economically, and politically it is important for the United States to have the oil-rich kingdom on its side. The benefits of such an alliance, however, become quite problematic when the kingdom is led erratically in ways that threaten, rather than support, stability and the US national interest.  Logically, a superpower like the United States, and one on which the Saudis are almost completely dependent for their security, should be able to demand a genuine corrective course from its ally without having to throw the whole relationship into question.

On December 4, after receiving a briefing from CIA Director Gina Haspel on the Khashoggi murder, US Sen. Lindsey Graham (R-SC), said: “Saudi Arabia is a strategic ally and the relationship is worth saving, but not at all costs… We’ll do more damage to our standing in the world and our national security by ignoring MBS rather than by dealing with him.”

Image: US Sen. Lindsey Graham (R-SC) spoke to reporters in Washington on December 4 after attending a closed-door briefing by CIA Director Gina Haspel on the murder of journalist Jamal Khashoggi. (Reuters/Jonathan Ernst)