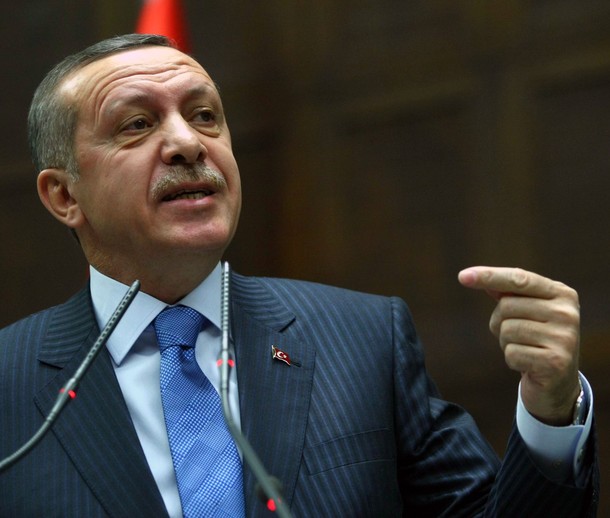 As the eurozone experiences the worst crisis in its history, at least one country — Turkey — is happily on the outside looking in.

Its economy has tripled since Prime Minister Recep Tayyip Erdogan took office, and his government has articulated a vision to become the world’s 10th largest economy by 2023 — the 100th anniversary of the Turkish republic. The cornerstone to Turkey’s success story is the government’s strong leadership, which, in stark contrast to European leaders, is committed to pursuing reform and focused on seizing the opportunities inherent in the current crisis.

Three factors make it likely that Turkey will manage the risks of the current period and continue to fulfill its potential. First, it has largely resolved its crisis of identity. Instead of framing identity in terms of opposition between European or Middle Eastern, religious or secular, Eastern or Western, Turkey now is framing its advantages in terms of partnership: Muslim and secular, Eastern and Western, regional and global. In the process, Turkey has fashioned a narrative that utilizes all facets of its rich culture, history, and location in the pursuit of its vision of becoming a global player. Human security and rule of law have become central motifs in this narrative.

Second, the Turkish government has acquired the confidence to make difficult political decisions. Erdogan’s administration has embarked on both fiscal and monetary reforms while also undertaking a difficult revision of the constitution through an intensive public process.

Much of the credit for this sense of confidence belongs to the impressive governing team that Erdogan has assembled, which has overcome the classic problem of a strong leader surrounded by weak followers, and deserves its fair share of the credit for this sense of confidence: Ali Babacan, the deputy prime miniter; Egmen Bagis, minister of EU affairs and chief negotiator; Ahmet Davutoglu, minister of foreign affairs; and Mehmet Simsek, minister of finance articulate a shared outlook to Turkey’s challenges and adhere to a common approach to the policies that need to be implemented.

Erdogan’s Justice and Development Party also boasts deep ties to many Turkish citizens. It provides the vehicle for a shared narrative, the apparatus for mobilizing constituencies, and a channel for upward mobility of the younger generation.

Third, the government has entered into an organic partnership with the private sector, ushering a profound change in the formation and functioning of the economic sphere. In the past, the Turkish business elite depended on government patronage and protection. Turkey’s closed economy was a crisis-prone system, where inflation periodically wiped savings and inflicted a huge toll on the poor.

Turkey’s new business leaders and firms, by contrast, are products of the hard school of global competition and are relentlessly focused on establishing their reputation in a diverse array of countries. Turkey’s new flexibility has been evident in its business practices: The country has reoriented its economy to compete globally. Turkish construction industry has emerged as a significant player, operating from Russia to Iraqi Kurdistan. Diversifying from textiles to electronics and defense industry, Turkish firms are focusing on emerging markets across the world.

A twofold transformation is underway: The government does not second-guess the firms, but supports their autonomy and works with them to expand global market opportunities. The private sector in turn accepts the need for a predictable but firm regulatory environment by the government and requests stronger investment by the state in creating the human capabilities that are the bedrock of national competitiveness. Turkey is spending the highest percentage of its budget in its history on education to provide youth with other paths to upward mobility.

Legitimacy at home is the foundation of an activist foreign policy — and Turkey has played an increasingly prominent role on the global stage. It now speaks with a distinctive voice on international issues ranging from Afghanistan to the Arab Spring to Europe, from the financial crisis to Palestine to Somalia. Its cooperation with the Arab League on developing a response to the unfolding crisis in Syria is a manifestation and acknowledgement of Turkey’s early adoption of the mantle of change in the Middle East.

Turkey’s potential could still be undermined by its old demons. Tensions between the government and its Kurdish citizens, the legacy of divisive tensions between civil and military leaders, frozen conflicts in Cyprus and Armenia, stagnation in Europe, and uncertainties in the global economy all have the potential to threaten gains and to renew past disenchantments. But for the moment, Turkey appears to have left these obstacles in the past.

By becoming an outlier in the Muslim world, Turkey provides an example of the dividends reaped from exercising political will and democratic commitment. There will therefore be no more fitting celebration of Turkish republic’s centennial than for the country to become a global roundabout — a place where ideas, people, and goods flow from across the world.

Ashraf Ghani is a former finance minister of Afghanistan, and author of Fixing Failed States. He is a distinguished fellow of the Atlantic Council and chairman of the Institute for State Effectiveness. This essay originally appeared on Foreign Policy. Photo credit: Getty Images.