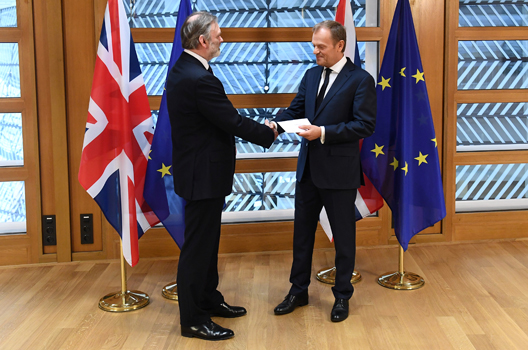 To use an old Thatcherite adage, the United States, United Kingdom and European Union are all living in cloud cuckoo land, seemingly vastly underestimating the medium- to long-term effects of Brexit: a dramatically weakened UK, an undermined EU, and fragmented transatlantic relations. Put another way: the transatlantic rift that has clearly already opened over NATO and now the US withdrawal from the Paris Climate Agreement could be just the start—made far worse by a bad Brexit.

Over the past few months, a group of Brits in Brussels has been working unofficially on Brexit scenario planning, attempting to delve into what the UK, EU, and transatlantic relations will be facing with Brexit. Laid out in such detail—which we will do in the next few weeks—is a veritable catalogue of daunting mountain-size challenges. While it’s true the UK faces some of the biggest knots to disentangle, the EU and transatlantic relations won’t be spared. Viewed all together, it is clear that breezy statements such as “Brexit means Brexit” hide a veritable catalogue of hurdles and hardships, mostly on the British side, but also for the EU.

Read the full article at FutureSource.