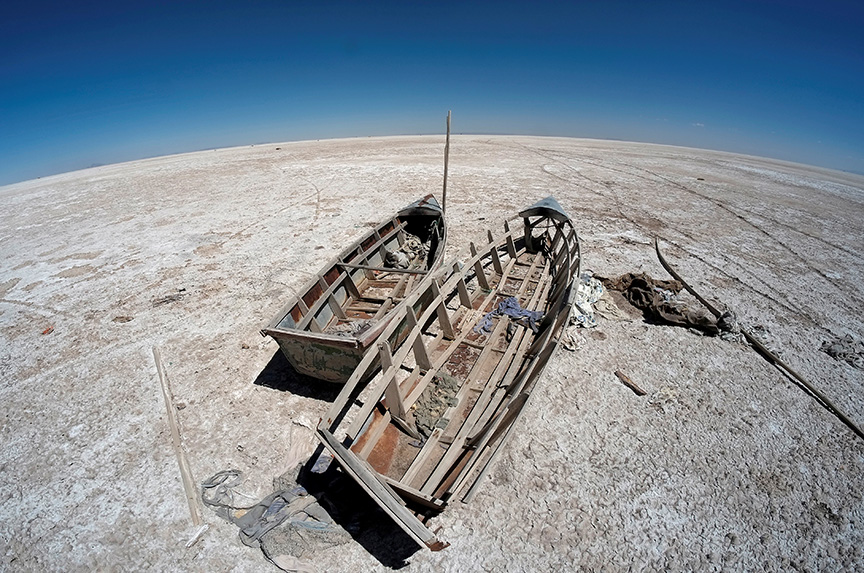 Over the weekend, the United Nations Intergovernmental Panel on Climate Change (IPCC) released a new report, authored in part by US scientists and approved by US officials, that provides an updated snapshot of the likely future impacts from increasingly severe climate change, as well as the world’s progress toward avoiding them. The report has drawn significant media attention, not least because it brings renewed scrutiny and debate to just what the world, and particularly the United States, can and should be doing to avoid the disruption, instability, and costs of a warming world.

The report was notable for its focus on a global target of 1.5 degree Celsius (2.7 degrees Fahrenheit) of warming, versus a previous widely-used heuristic of 2 degrees Celsius (3.6 degrees Fahrenheit), as a threshold beyond which climate change damages may reach unacceptably high levels. This is notable as the 1.5 degree target was only introduced into global climate governance discussions in 2015 by a covert “high-ambition coalition” of small island states working alongside other countries that unveiled itself at the Paris climate conference to push for the loftier global climate target. The 1.5 degree target was initially considered almost a footnote to the canonical 2 degree target, but it has begun to supplant the 2 degree target as evidence mounts that the planet is approaching irreversible and damage-inducing climate system “tipping points” faster than was previously thought.

Even so, the world remains grossly off-track to avoiding deleterious levels of climate change over this century, regardless of whether the target is 1.5 degrees, 2 degrees, or some other arbitrary metric. Earth has already warmed 1 degree Celsius (1.8 degrees Fahrenheit) since the 19th century. Even if voluntary commitments by governments under the Paris climate agreement were fully met, the world would be on track for around 3 degrees Celsius (5.4 degrees Fahrenheit) of warming by 2100, with severe crises including coral reef death, wildfires, food shortages, and coastal flooding hitting at scale as early as 2040.

In economic terms, the anticipated damages in a world where warming were held to 1.5 degrees Celsius would already reach $54 trillion, while this is estimated to increase to $69 trillion in a world with 2 degrees Celsius of warming. On its current course, the world is facing costs far greater.

All of this begs the question of how the world is grappling with the challenge, and what more can and should be done. These are questions that the Atlantic Council itself is working on, putting forward for discussion a number of practical, pragmatic strategies suited to the current political climate.

It is also notable that shortly after the release of the latest report from the United Nations, climate also figured prominently in the announcement of the latest Nobel Prize in economics, where William Nordhaus was selected for his work on the economics of climate change. In climate economics circles, Nordhaus is considered conservative in his approach to assessing the anticipated future damages of climate change, and in turn the appropriate amount of costs that should be incurred in mitigating these damages. Indeed, Bjorn Lomborg used the occasion to publish a piece in the Wall Street Journal claiming that the economics of Nordhaus show that the costs of proposed CO2 cuts “aren’t worth it.”

While Lomborg is correct in pointing out that there are costs to many (though not all) climate policies, and that these costs must be balanced against their benefits rather than indiscriminately embraced in any form or fashion, he distorts the message sent by economists, even those as cautious and conservative as Nordhaus.

Nordhaus has, since his first pioneering work in the early 1990s, maintained that the optimal approach to climate change would be the immediate imposition of a modest carbon tax that would rise over time, rather than shrugging the world’s collective shoulders at the mounting problem. In the subsequent decades, however, little progress has been made on such carbon tax systems, while further data about the scope and severity of future climate change have come to light. As a result, Nordhaus has in recent years calibrated his models accordingly, more recently assessing that the goal of limiting global temperature rise to 1.5 degrees or 2 degrees centigrade is highly unlikely, that the “optimal” cost of carbon to address growing risks has grown 50 percent since only 2013 to over $30 per ton, and that “the need for policies to slow climate change is more pressing and not less pressing.”

While growth in global carbon pricing policies would be appealing and efficient, progress on this front is splintered and insufficient.

A report from the OECD released this September indicates that although carbon pricing mechanisms are spreading globally, they remain too low to deliver rapid emissions reductions, let alone to drive innovation in cheaper, higher-performing zero carbon technologies that the world will need to achieve deep decarbonization by mid-century. More than half of global emissions face no carbon price whatsoever, and of the approximately 45 percent of global emissions that face at least some carbon price, the vast majority experience a carbon cost that is less than €30 per ton. In other words, the majority of carbon prices in the economy act as nothing more than a marginal energy efficiency incentive, or in some cases driving a switch from coal to gas (or in fewer but growing cases, to renewables).

There are promising signs that a decade-long trend in political polarization around climate issues in the United States may be abating, with a number of Republican-linked carbon pricing proposals coming to the fore, though it may still be years until a compelling, bipartisan path to implementing a national US carbon price presents itself. Until then, the United States would be well-advised to double-down on areas where it can not only create strategic value for itself, but global decarbonization benefits. This includes enhancing world-leading US clean energy innovation efforts, harnessing new mobility technologies and business models to drive emissions reductions in the transport sector, and continuing to invest in an impressive set of earth monitoring capabilities represented by US satellites, scientists, and research institutions.

The United States would be well-served to view the latest IPCC report not as a harbinger of hopelessness nor as a baseless cry of wolf, but instead as a deadly serious call to action. In heeding such a call, there are also opportunities for the US economy that go beyond avoided climate costs. From the advanced transportation innovations of Detroit and Silicon Valley to the superlative ingenuity of the country’s universities and national labs, to the deep and nimble capital markets available to finance the energy transition, the United States should leverage its strengths and lean in, not out, with respect to the challenges that lie ahead.

David Livingston is the deputy director for climate and advanced energy in the Atlantic Council’s Global Energy Center. Follow him on Twitter @DLatAC.

Image: Boats are seen on a dried Lake Poopó in Bolivia on September 1, 2017. Climate change has caused what was once Bolivia’s second-largest lake to dry up. (Reuters/David Mercado)