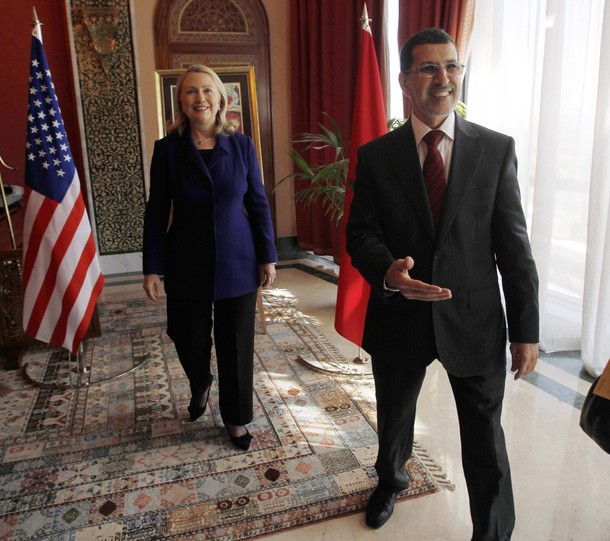 The Pentagon attracted quite a bit of attention recently when it announced new military assistance programs in controversial places like Yemen, Somalia, and Pakistan, raising questions about the balance between US national security interests and promotion of human rights and democracy.

The US announcement last month of a possible sale of two hundred upgraded Abrams M1A1 main battle tanks to Morocco flew under the radar but should raise similar flags. Unlike Yemen, Somalia, or Pakistan, the US has been relatively quiet on Morocco’s democratic development, preferring to adopt positions uncomfortably close to the official line out of the palace.  On the surface, Morocco appears far more stable than traditionally troubled hotspots, but ignoring the political and economic headwinds that are re-emerging risks a potential Egypt-style fiasco down the road.

Popular discontent with the status quo is beginning to surface once again in a country that largely avoided the revolutionary fates of its regional neighbors in North Africa and elsewhere in the Middle East in 2011.  Earlier this month, thousands of people protested in Rabat and Casablanca and were reportedly met with police batons.  A protest march back in late May, also in Casablanca, managed to gather tens of thousands of people under the direction of the country’s main trade unions and the February 20 Movement, which had organized the popular protests last spring that birthed Morocco’s constitutional reform process.

The official Moroccan narrative of its Arab Spring experience is that the palace tolerated occasionally-violent protests and that the country’s sensitive and responsive king heeded the calls of his people to institute a historic and comprehensive political reform process. This culminated in a new constitution that was approved overwhelmingly (98 percent support) through a public referendum in July 2011 and legislative elections in November that allowed the Islamist opposition Justice and Development Party (PJD), to place first in the elections. The palace touted this as a major, historic development in Moroccan politics.  In March, US Secretary of State Hillary Clinton, praised Morocco as a “model” of the Arab Spring and what other countries in the region could achieve through reform.

However, if we look at who holds ultimate decision-making authority, the violations of freedom of expression and association, and the ability of citizens to shape the political future of their country, then such a rosy assessment of the reform process in Morocco falls flat, and the continued grievances of ordinary Moroccans are well-founded.

The more critical narrative, one that is being glossed over by the United States, indicates that the Moroccan state apparatus used selective violence and intimidation against peaceful protesters and activists and has continued to harass and imprison journalists and others deemed threatening to the state.  The Cairo Institute for Human Rights Studies’ annual report on human rights in the Arab world catalogues numerous cases that demonstrate selective police brutality, mass arrests, and forcible dispersion, along with attempts to arrest suspected protesters on their way to established meeting points.  Many victims sustained injuries and broken bones on a variety of occasions after being beaten by police officers.  When activists called for a boycott of the November legislative elections, the Moroccan state responded with a broad campaign of arrests of its members.  Much of this is confirmed by the State Department’s own 2011 Human Rights Report for the country.

Beyond its continued harassment of human rights activists, civil society, journalists, musicians, and others, a closer look at the new constitution demonstrates that substantive reform is extremely limited.  There are some additions to the constitution , such as the guarantees of Amazigh (Berber) cultural rights and of equal rights for women, that sound pleasing to the Western ear. Perhaps the most significant change to the constitution is the requirement that the king appoint the head of the largest party in parliament as prime minister, allowing for the country’s first ever Islamist prime minister.

The devil, however, is in the details.

The king retains the ability to dismiss government ministers at will, a power not afforded to the prime minister.  Other powers retained by the king include, but are not limited to: presiding rights over cabinet meetings, the right to call such meetings, the right to dissolve parliament, and exercising power by decree.  The king is still “inviolable” and “respect to Him is owed,” ensuring that criticism of the state or its monarch remains illegal.

While the constitution makes cursory promises regarding judicial independence, technically elevating the judiciary to an equal branch of government, the king still presides over the High Council of the Judiciary and approves its membership.  Moroccan judges staged a week-long protest in May demanding greater independence from the palace and expressing their lack of confidence in the king’s hand-picked judicial reform commission.  The judiciary remains very much under the palace’s control.

The mounting evidence demonstrates that the process of reform in Morocco is not being driven by the people’s elected representatives.  Instead, the agenda is being tightly manipulated by the palace, which ultimately means that little has changed or will change in the country’s governing structure under the new constitution.  The palace’s controlling stake in vast sectors of the economy remains unchallenged. The king also maintains a powerful shadow government to defend the palace’s vested political and economic interests, one that US officials continue to prioritize over the elected government.

The US administration’s unwillingness to challenge Morocco, even slightly, on the sincerity of its reform and the prioritization of the US-Morocco defense relationship, demonstrates how little has changed in the administration’s approach to the country since the advent of the Arab Spring.  While it remains unlikely, at least in the short term, that Moroccans will advocate open revolution against the monarchy, the anger, frustration, and despair among Moroccan youth will continue to simmer as long the status quo remains.  If the Arab Spring has taught us anything, the status quo can be just as damaging to long term US security interests as it will be to ordinary Moroccans.

Alec Simantov is an intern with the Rafik Hariri Center for the Middle East.