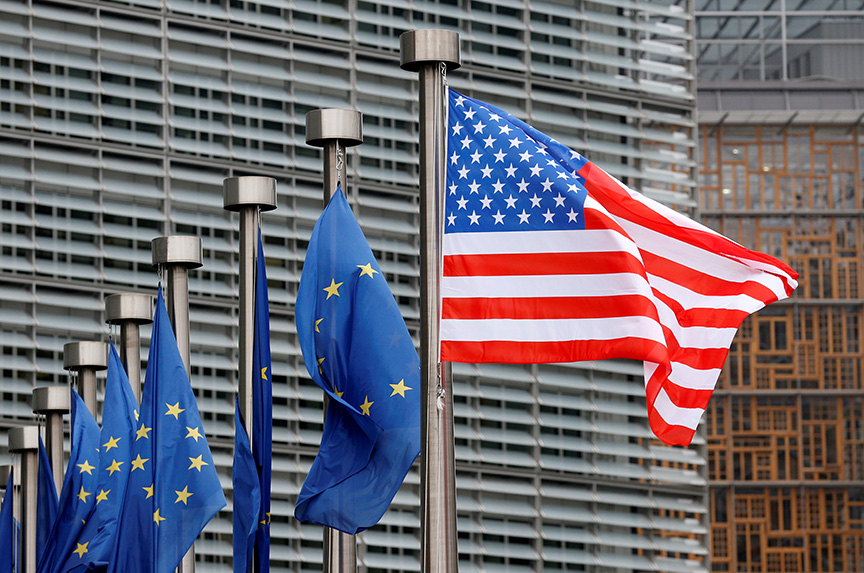 Sometimes, even the United States needs friends. On September 10, 2001, the National Security Council staff where I then worked had in mind a whole other week from the one we got. Early on September 12, I was in Condoleezza Rice’s office as she worked to get our allies to invoke NATO’s Article 5 defense commitment for the first time in history, on our behalf.  “We need this,” she told her French counterpart. She meant it. And our allies came through.

The world is a dangerous place. One purpose of alliances is to mitigate those dangers, to make sure that when the unexpected and devastating occurs, as it always does, the United States will not be alone.  Moreover, for the past 100 years, the United States has sought alliances rooted in common values because we understood that our interests advance together with these values.  In our then-abundant Yankee self-confidence, we believed that we could make the world a better place, and get rich in the process.

The United States championed a rules-ordered Free World not out of abstract globalism, but because it works for us. Not perfectly, and not without the need sometimes to press even our friends and enforce as well as respect the rules. But the world the United States built after 1945 and expanded after 1989 compares well to the two world wars, global depression, Communism, and Nazism which preceded it.

What American interest is served by carelessly throwing away such an achievement? Yet careless is perhaps a charitable word for the Trump administration’s recent pick of trade fights, in a spirit of seeming spite, with our closest allies. Abusing a “national security” provision for protectionist purposes—as the administration has done—is the sort of maneuver which the United States used to deride when invoked by others. Insults can be a useful tactic (Kim Jong-un had it coming).  But when we insult other countries, our friends, and hurt their industries for weak reasons, we don’t just risk losing “good will,” we risk giving other leaders a domestic political incentive to exact revenge, to pay us back when they can either by action or indifference.

Does President Trump think that we will never again need our friends? That we will never again want countries to offer troops for difficult missions in dangerous places? Or ask countries to take economic hits by joining us in sanctions against bad actors? As a US diplomat, I spent many years making just such requests, and it is a lot harder to get good results when you are in a loser’s corner. The sudden isolation of the United States at the June 2 G7 finance ministers’ meeting over trade is not just an elite problem, but can have real-world consequences. America Alone is an awfully expensive Grand Strategy.

In its National Security Strategy, the Trump administration rightly noted that Great Power rivalry is back, meaning that Vladimir Putin’s Russia and to some extent China are positioning themselves as determined adversaries of the United States and the rules-based, Free World system which we and our friends built. They will not hesitate to take advantage of the opportunity to exploit the political divisions within our Free World family which this administration seems determined to open.

Not everyone in the administration is so careless. In a June 5 speech at the Heritage Foundation, US Assistant Secretary of State for European and Eurasian Affairs Wess Mitchell gave a strong defense of the Western alliance and outlined a reasonable common agenda, including: defense against Russian aggression, checks against unchallenged Chinese influence, support for Ukraine’s and Georgia’s European future, a common effort to stabilize the southern Mediterranean, and a search for a stable place in relations with Turkey. Mitchell also called for special attention to the countries on Europe’s eastern flank, under pressure from Moscow and being courted by China. Though his speech did not say so directly, these countries are in some cases tempted by their version of the nationalist bug which is circulating generally on both sides of the Atlantic. In approaching this part of Europe, Mitchell seems to be trying to find the right combination of standing for our principles and patient outreach. That may prove easier said than done, but he’s right to make the attempt.

The best parts of Mitchell’s speech are those that should not have had to be given: that there is a Western community of common values, that Europe is critical to the United States, and that we cannot meet foreign policy challenges without one another. There is no way in such a speech to avoid current areas of sharp disagreement between the United States and Europe—like the US pullout out of the Iran nuclear deal (the Joint Comprehensive Plan of Action)—or areas where Europeans themselves are divided, like the German-Russian Nord Stream II gas pipeline project. But Mitchell at least attempted to put these disagreements into the context of the larger commonality of transatlantic interests rooted in common values, which is probably the best anybody in the administration could do at this point.

Transatlantic relations are already in a dicey place, and may get worse as the European Union, Canada, and perhaps other nations hurt by US tariffs retaliate. The bad news is that some in or close to the administration—US Ambassador to Germany Richard Grenell or Steve Bannon, for example—seem to regard fighting with democratic allies as a sign of virtue and a healthy nationalist tonic. They lack historic perspective about what nationalism in Europe has meant in practice—war and ruin—and seem indifferent to the consequences of undermining the United States’ alliances: do so, and our adversaries will make a meal of us and our friends.

The good news is that others in the administration, like Wess Mitchell, are trying to preserve what they can (“Anchoring the Western Alliance,” as his speech put it). Those committed to the West and the Free World—in Europe, Canada, and the United States—can help by compartmentalizing rather than generalizing current transatlantic disputes while remembering that our common agenda and values can still trump, so to speak, our current distemper.

Image: US and European Union flags are pictured during the visit of US Vice President Mike Pence to the European Commission headquarters in Brussels, Belgium, on February 20, 2017. (Reuters/Francois Lenoir)