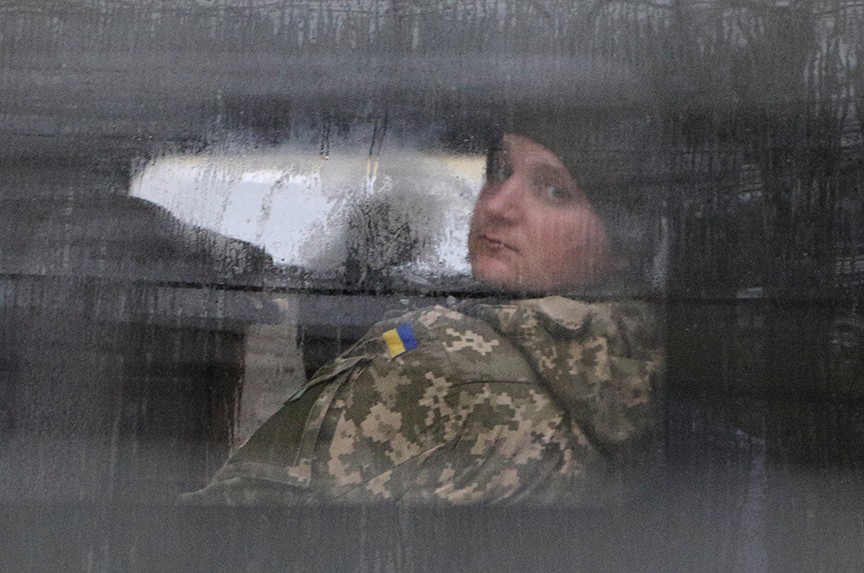 In August of 2008, Russia used separatist proxies in South Ossetia to attack Georgian villages near the city of Tskhinvali. The attack provoked a Georgian military response, which Moscow used as a pretext for a largescale invasion and occupation of Georgian territories.

Russia did not embark on that military adventure simply to occupy Georgian territories. It had a more important strategic goal in mind—to prevent an eastern enlargement of NATO. Russian President Vladimir Putin calculated, correctly as it turned out, that the Russian commitment to keep Georgia out of NATO was much greater than the Western commitment to Georgia’s security.

The limited Western appetite to challenge Putin’s aggression led to the next one: Russia took over Crimea in 2014, thus radically transforming the strategic environment in the Black Sea and ensuring Russian military dominance across the region.

Putin’s latest aggression took place in the Kerch Strait on November 25. Russian forces attacked and captured three Ukrainian naval vessels along with their crew, some of whom sustained injuries in the incident. The Kerch Strait connects the Sea of Azov to the Black Sea. It is a vital waterway for access of Ukrainian agricultural and industrial products to world markets. The fact that Russia did not object to a similar movement of Ukrainian vessels from Odesa to the Sea of Azov in the past indicates that there was a political decision to escalate the situation now.

The timing of this latest incident is important. Russia may want to provoke a Ukrainian military response—just as it did in Georgia—in order to justify the use of full-scale military power that would destabilize Ukraine. If Ukraine is reserved in its response, Russia may seek to promote the narrative that Ukraine’s leadership is incapable of defending the country and thus political change is necessary.

If the international community—the United States, the European Union, and NATO, in particular—does not impose a cost on Russia, then Putin will feel further emboldened.

Russia has for long maintained the narrative that an unstable Ukraine will be a major headache for Europe. In addition to the damage done by its annexation of Crimea and support for military conflict in eastern Ukraine, Russia has been targeting Ukraine’s economic assets in different ways. For example, Russia completed construction of the bridge across Kerch Strait earlier this year. The bridge’s low height limits entry of large vessels into the Sea of Azov. This has resulted in a 30 percent drop in cargo turnover in Ukraine’s Mariupol and Berdyansk ports. With frequent and unjustified checks of cargo ships entering the sea, the Russian navy has also increased the cost of doing business with Ukraine for international shipping and trading companies.

Despite these Russian actions, Ukraine’s economy was growing faster during the first half of the year at a rate that was significantly higher than growth in Russia. Disrupting this growth may have been one of the triggers for Russia’s aggression in the Kerch Strait.

The Black Sea is an important import and export gateway for Russia. The Novorossiysk Commercial Sea Port on the Black Sea is one of Russia’s largest transportation hubs. It has the largest cargo turnover among Russian ports and the fifth-largest in Europe. The port handles approximately 20 percent of all export and import cargoes shipped via Russian sea ports. The port cities of Novorossiysk and Tuapse are also major oil export outlets, with Novorossiysk playing a growing role in the export of Ural and Siberian light crude oil.

Russia has strong current and future commercial interests in the Black Sea. It cannot be interested in a radical escalation of a conflict with the West in the region, which could create the opportunity for Western pushback in case there is political will.

In the wake of the Sea of Azov crisis, there are now suggestions for more sectoral sanctions and a freeze of the assets of Russian financial institutions in the West. While such action would be significant, much more should be done.

Western institutions and individual nation states continue to respect international obligations vis-à-vis Russia, including a commitment to limit the size of the military forces and equipment in the Black Sea area. Russia, on the other hand, has long been in violation of those agreements. Russia suspended its participation in the Treaty on Conventional Forces in Europe (CFE) in 2007, but the United States and its allies are still in compliance with the treaty. The United States and NATO should make clear that unless Russia complies with CFE restrictions, and removes military equipment from Ukraine and Georgia, they will no longer consider themselves bound by existing agreements, allowing a much larger US/NATO military presence in different theaters. Russia’s deep commercial interests in the Black Sea provide a powerful leverage that the United States and its allies must be willing to use.

Image: A detained Ukrainian serviceman and crewmember of one of the three Ukrainian naval vessels seized by Russia’s FSB security service in the Kerch Strait on November 25, looked out of a minibus window outside a court building in Simferopol, Crimea, on November 28. (Reuters/Pavel Rebrov)