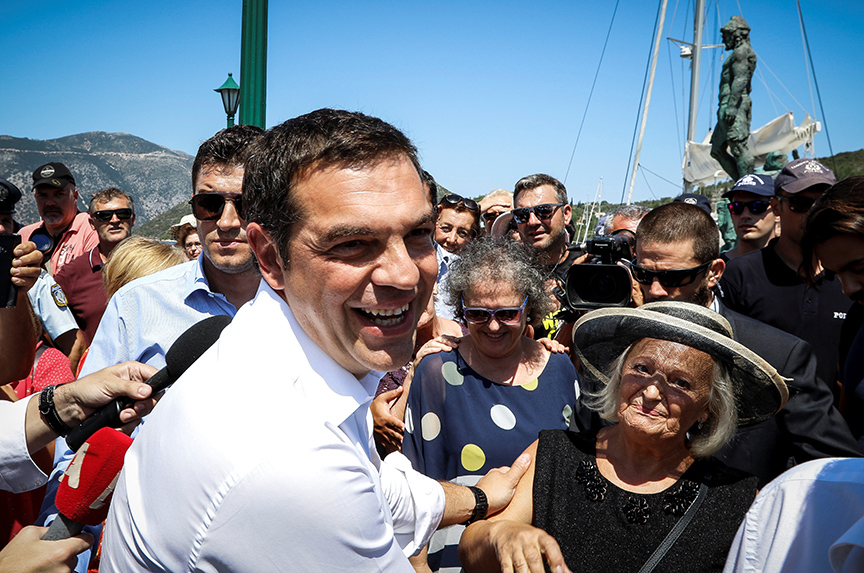 Greece’s exit from nearly a decade of bailout programs on August 20, while good news, does not mean the end of belt-tightening or of Greece’s commitments to its international creditors.

The European Union (EU), the European Central Bank (ECB), and the International Monetary Fund (IMF) loaned Greece a total of $330 billion in three bailout programs in 2010, 2012, and 2015. That money, most of which went toward servicing Greece’s national debt, was provided on the condition that the Greek government enact severe and deeply unpopular spending cuts.

The austerity measures have come at a cost—high rates of unemployment, poverty, and emigration. Today, there is greater disdain in Greece for EU and Greek institutions, and for middle-ground politics. There is a corresponding increase in support for far-right and far-left political parties.

While the Greek economy has shown signs of recovery—GDP is growing at 2.0 percent and unemployment is slowly dropping—the road to recovery will be long and arduous. Upon exit from the bailout programs, Greece must continue to meet the stringent parameters set by its creditors and the IMF will still monitor the Greek economy.

The Greek government has undertaken to maintain a primary surplus of 3.5 percent of GDP until 2022 and 2.2 percent until 2060. To achieve this, it will need to boost productivity and growth levels, a daunting task given institutional and bureaucratic impediments combined with a complex business tax environment and scarcity of investment.

The Greek government raised taxes in order to meet the fiscal targets of its bailout programs.  Marginal corporate income tax rates are up to 29 percent, while personal income tax rates are at 45 percent. These higher tax rates, combined with a value-added tax (VAT) of 24 percent, have had a negative impact on consumer spending. Many small-business owners are struggling to stay afloat, while thousands of others have been forced to shut down. Large corporations face harsh taxation that has disincentivized investment and brought innovation and productivity to a halt. High corporate taxes, meanwhile, have pushed businesses to migrate to low-tax neighbors, such as Bulgaria, where they also avoid the painful bureaucratic process of obtaining business licenses. Higher taxes are a factor in tax evasion, a ubiquitous problem in Greece, which has complicated the IMF’s efforts to assist with tax administration and revenue collection.

Privatization, a strategy adopted with the goal of increasing government revenue and boosting growth, has not yielded the hoped-for results due to a lack of market confidence. To add to a volatile economic environment, the majority of privatization pitches seem to attract Chinese investors. China has invested more than $9 billion in Greek corporations and infrastructure over the past ten years, stepping into the void left behind by US and EU investors. In Greece, foreign direct investment, as a percentage of the GDP, remains negative despite a slight recent increase in start-up investment.

During the bailout, the ECB made an exception to its policy and allowed Greek banks to sell sub-investment rating bonds in exchange for ECB funds. Now, Greece will no longer be eligible for this exemption and banks might have to seek funds from the ECB’s Emergency Liquidity Assistance at a greater cost. This will pressure banks and potentially limit the provision of credit to the economy.

Greece’s journey on the long road to recovery will be made even more difficult by the reality of the loss of human capital or brain drain. In the past decade, approximately 400,000 Greeks have emigrated in search of jobs and better living standards. Highly skilled young Greeks studying abroad have found that other countries can offer them better job opportunities and social benefits so fewer graduates are returning home.

In Greece, deep pension cuts and a dramatic shrinking of the public sector over the past decade left thousands without jobs. Such policies, along with other crippling austerity measures the Greek government had to implement as a condition for international assistance, will have to remain in place if Greece is to meet the primary surplus expectations of its creditors.

As the country prepares for elections in 2019 it is possible that Prime Minister Alexis Tsipras—whose Syriza party lags in the polls—might be tempted to relax some of the austerity measures in order to gain political capital. Syriza is still recovering from the blow of the most deadly wildfire in recent history, which exposed the government’s poor response this summer.

With the bailouts behind it, the Greek government must continue to grow the economy despite higher taxes, lower pensions, stunted investments, and a crippled business environment: a product, ironically, of the austerity measures that allowed Greece to successfully exit the bailout programs in the first place.

On August 21, Tsipras heralded his country’s exit from the bailouts as a “day of liberation.” The exit is without a doubt a milestone in Greece’s long effort to recover from a devastating debt crisis, but the road ahead is paved with great challenges.

Bart Oosterveld is director of the Atlantic Council’s Global Business and Economics program.

Alexatrini Tsiknia is a former intern with the Atlantic Council’s Global Business and Economics program and a former project assistant at the Council’s Scowcroft Center for Strategy and Security.