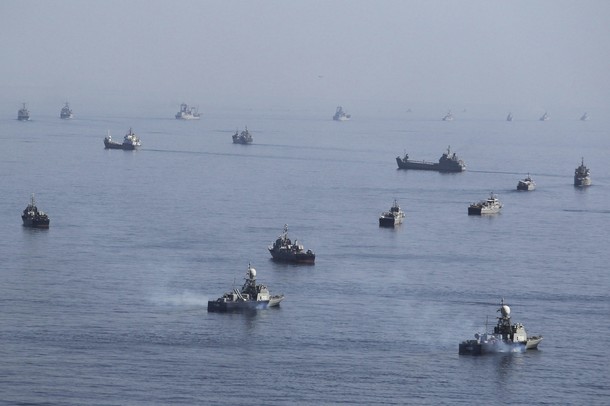 Chances for a US or Israeli strike on Iran are minimal before US presidential elections but increase early next year, according to an adviser to the US government.

Suzanne Maloney, a former State Department official who still briefs US policymakers on Iran, told an audience Monday at the Atlantic Council, a Washington think tank, that pressure on US President Barack Obama and/or Israeli leaders to take military action will grow if negotiations fail to create a sustained process for dialogue.

“Odds are we’ll make it through this year,” said Maloney, who is also a senior fellow at the Saban Center at Brookings Institution. “The time frame for concerns about war have shifted from April-May to early 2013” – a reference to published reports that Israel might strike Iran’s nuclear facilities this spring.

Maloney added, however, that by next year, “there will be renewed pressure on the president because of the statements he has made and statements by [Israeli Defense Minister] Ehud Barak and [Prime Minister Benjamin] Netanyahu.”

Obama, in meetings earlier this month with Netanyahu and in a speech before the Israel Public Affairs Committee, vowed to prevent Iran from developing nuclear weapons — even as he stressed his preference for a diplomatic solution. Netanyahu, in turn, stepped back from threatening Iran with a near-term attack.

The United States, the other permanent members of the U.N. Security Council plus Germany, the so-called P5+1, are preparing for the first negotiations with Iran since failed talks in Istanbul in January 2011. Undersecretary of State Wendy Sherman is flying to Brussels this week to work on a unified position and there are also reports of back-channel US contacts with Iran.

Maloney, a member of the State Department’s policy planning staff under the George W. Bush administration, said the United States and its partners should focus on stopping Iran from enriching uranium to the level of 20 percent U-235 – perilously close to weapons grade.

“Enrichment to 20 percent is low-hanging fruit,” Maloney said, noting that Iranian officials have offered to cap enrichment in return for fuel for a Tehran reactor that makes medical isotopes to treat cancer patients.

She said the Obama administration is prepared “to engage in a serious way with the Iranians” and is looking for “a jumping off point for something that can build trust.”

A key question is whether Iran’s Supreme Leader, Ayatollah Ali Khamenei, will be capable of showing flexibility in negotiations.

Khamenei has been bolstered by March 2 parliamentary elections that delivered a victory to conservative groups that pledged loyalty to him. At the same time, Khamenei may have backed himself into a corner by constantly stressing Iran’s right to nuclear energy.

Recent public opinion polls in Iran suggest that Iranians are less supportive of the nuclear program than in the past, but that will not necessarily affect Khamenei’s decision-making, said Yasmin Alem, a specialist on Iran’s political system and co-author of a new report on Iranian internal politics.

Maloney said that Obama faces his own political constraints.

A “very ambitious and activist” US Congress has forced Obama’s hand on sanctions against Iran and is unlikely to give the president any leeway, she said.

Legislation introduced in Congress would forbid Obama from “containing” a nuclear Iran and force international banking authorities to cut off all Iranian banks from electronic transactions. As of March 17, 30 Iranian banks including Iran’s Central Bank were blacklisted.

Obama is also constrained by his “need to avoid the impression that he is being sucked into an endless process” of negotiations with Iran, which could hurt his chances to be re-elected, Maloney said.

Other wild cards include the civil war in Syria where the fate of President Bashar al-Assad may affect both Iran’s decisions on the nuclear front and the attitudes of neighboring Sunni Muslim states.

Finally, there is the question of whether Israel can be dissuaded from military action. A recent war game by the Pentagon forecast that an Israeli attack on Iran would prompt a regional war that would draw in the United States and result in hundreds of American deaths.

Israel might not warn the US in advance despite the adverse consequences for US forces in Afghanistan and the Persian Gulf.

Nader said even threatening to attack Iran could be counterproductive — increasing the regime’s anxiety and convincing Khamenei that the US goal is changing the government of Iran, not its nuclear policies.

In a recent interview with Al-Monitor, former Sen. Chuck Hagel, co-chair of Obama’s Intelligence Advisory Board and the chairman of the Atlantic Council, said that the US goal should be to manage the Iranian crisis rather than to try to resolve it.

Maloney said it was possible to buy time for the Iranian position to shift.

“Neither side wants to push the envelope over the next 6-8 months,” she said. Noting the new sanctions  due to go into effect against Iran over that period, she said, “the timing of sanctions will force anyone with an itchy trigger finger on our side to hold off to see what the impact of those measures will be.”

Barbara Slavin is a senior fellow at the Atlantic Council and Washington correspondent for Al-Monitor. She is co-author of a new report on Iranian internal politics and moderated Monday’s panel discussion. This piece was originally published on Al-Monitor.