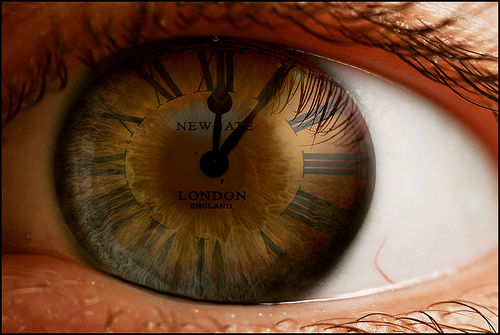 Ironically and unsurprisingly, when it comes to emerging threats, time may be our best friend. Or time can be our most serious foe. Time can solve problems. After all, it was a matter of time — and a great deal of it — for the Soviet Union to implode peacefully. On the other hand, as an Afghan aphorism reminds us, “You may have all the wristwatches, but we have all the time.”

Consider some examples of time as friend and time as foe. For all the bluster and bravado of North Korea and dear leader Kim Jong Il, time may be on our side, meaning the five powers most concerned with Pyongyang’s missile and bomb ambitions may have had enough with Kim’s antics. The nuclear and missile tests last week appear to have been a bridge too far. China and Russia were both seriously provoked. And despite whatever leverage America, Japan and South Korea may or may not have on the Hermit Kingdom, China is clearly the power with greatest influence on the north. Russia is second.

Many regard Kim as “nuts,” as a senior U.S. government official put it recently. Surely his tailor and hairstylist are far from mainstream. And the treatment of the majority of his citizens appears from afar as appalling. That said, many viewed Stalin and Mao as “nuts” or unstable. During China’s Great Proletarian Cultural Revolution in the mid-1960s, for example, a highly suspect photo on the front page of People’s Daily portrayed Mao swimming the mighty Yangtze River, a picture that questioned Mao’s mental facilities.

But people who have met Kim including former Secretary of State Madeleine Albright did not necessarily conclude he was someone who was mentally impaired. More likely, this is someone who has learned that by throwing a tantrum and making threats, he was able to achieve his objectives. Those days are probably over. Kim, unless he is truly demented, will no doubt learn that. Hence, while flexing his still adolescent nuclear and missile muscles, patience on our part may be the best approach as China and Russia recognize that finally restraints on Kim can no longer be ignored.

Where time is a foe is in Afghanistan. Despite the successful public responses to President Barack Obama’s European foray in April, our NATO allies were not forthcoming in upping the ante in Afghanistan regarding the commitment of military and civilian personnel or in opening already stretched public purses. The increase of some 21,000 American troops and the increase in military operations that will occur over the summer no doubt will hurt the Taliban and insurgents and contribute to hunting down al-Qaida. Unfortunately, unless the Afghan government can redress congenital weaknesses in providing basic services to its people such as governance, rule of law, security and employment as well as infrastructure from roads to electricity to schools and medical facilities, it can never defeat warlords, the Taliban and those who oppose Kabul.

Given that NATO will be hard pressed for largely domestic pressures in member states to continue support and deployments for Afghanistan beyond 2010, withdrawal or drawdown at this stage seems inevitable. That would make Afghanistan almost entirely America’s war — a situation not guaranteed to ensure our long-term commitment there. The consequence is clear. Progress must be made on both the military and civil fronts and soon. Otherwise, time will be an enemy.

Where time could be a friend or a foe is in Pakistan. The offensive in Swat by the Pakistan army and possibly into South Waziristan has been accompanied by a profound shift in public opinion in favor of strong action against the Taliban. At long last the beheadings and other atrocities committed by the Taliban have finally crossed a certain psychological line. And possibly the video of a young girl being savagely beaten by the Taliban that has become a household staple could have been the Pakistani equivalent of the images of Abu Ghraib and Guantanamo in turning attitudes against the insurgents.

If the Pakistani government can follow up on this offensive and for the first time in years provide basic security for Swat and cope with some 3 million refugees who if left to fester will be a ticking time bomb, the insurgency could be turned around. Pakistan could be on the road to winning this existential battle. And the consequences would have huge positive potential for Afghanistan.

Americans are often seen as in a rush and impatient in carrying out their endeavors. Too much emphasis — from politics to quarterly earnings reports — is placed on the short term. Time can be a friend if we are patient. It can also be a foe if we are not. Korea, Afghanistan and Pakistan are textbook cases as time marches on — for better or for worse.

Harlan Ullman is a member of the Atlantic Council’s Strategic Advisors Group and a Distinguished Senior Fellow at the National Defense University.  This essay was originally published in Ullman’s Outside View column, part of UPI’s Emerging Threats analysis section.   Photo “Keeping an Eye on Time” used under Creative Commons license.