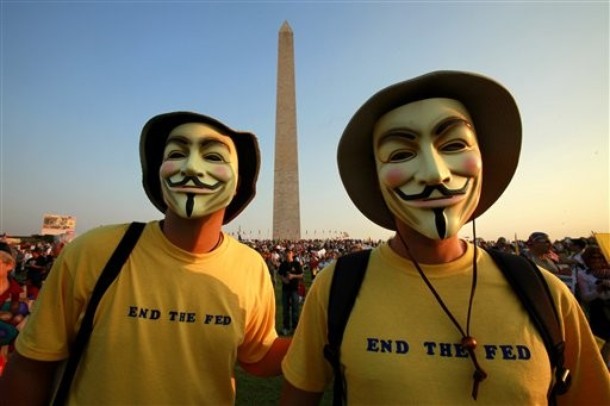 Well over a century ago, Karl Marx announced that a specter of communism was haunting Europe. Tragically, he was correct as 70 years of Bolshevism proved. Today, another specter is haunting the world with possibly a greater vengeance.

That specter isn’t climate change or natural disasters emanating from Icelandic volcanoes shutting down air travel or tsunamis, earthquakes and hurricanes killing hundreds of thousands. Nor is it financial and economic ruin that threatens the livelihoods of billions. And no matter how frightening a possibility, that specter is not terrorists armed with nuclear and biological agents.

Today’s specter is bad governance, the subject of earlier columns and my last book. Bad governance tops the list of the real and potential disasters facing virtually all states. Unless or until this failing can be addressed, resolving other issues will be difficult if not impossible.

The reason for this failure is straightforward and the evidence overwhelming. As lawyers recognize, tough cases make for bad law. Similarly, tough choices make for bad governance because governments cannot make them. Thursday’s elections in Great Britain are a first example.

After 13 years of Labor rule, Britons are fed up with Gordon Brown and the dire economic conditions arising from debt and deficit — a familiar story. Conservatives under the leadership of David Cameron, while barely ahead in the polls, don’t seem to have the answers. Hence, public discontent has facilitated the surge in popularity of Nick Clegg and the Liberal Democrats.

But no matter what government emerges, it will fail without the authority and backbone to make the tough choices over cutting spending and raising taxes to get Britain’s financial house in order.

Greece and the other members of the so-called PIGS — Portugal, Italy and Spain — are in economic disarray. The only effective solution is to impose drastic if not draconian fiscal and monetary policies to overcome these conditions that understandably provoke huge public protest, fury and resentment.

In the United States, the latest political phenomenon is the growing significance of the Tea Party, that by some counts includes about one-fifth of all Americans — roughly the same proportion of votes Ross Perot received in the 1992 election that scuttled the chances of George H.W. Bush’s second term and sent Bill Clinton to the White House.

Not a formal political party as the unsuccessful “Bull Moosers” of Teddy Roosevelt’s day or the persistent Progressives, the Tea Partiers are fed up with big government, fiscal incompetence and the failure of Washington to lead. The reasons can be compressed into one. Tough choices make for bad governances.

Today, the United States faces too many tough choices, each with very nasty and pernicious political consequences. Regarding the economic and financial future, three outcomes are crystal clear: First, spending will be cut. Second, taxes will rise. And, third, the standard of living for most Americans will decline.

But who wants to run on that ticket? Walter Mondale tried and failed in 1984 warning Americans that Ronald Reagan wouldn’t admit that taxes had to be raised. They were but Mondale was trounced anyway.

And every other important issue including energy — what will the oil spill in the Gulf of Mexico mean for offshore drilling? — national defense — who wants to cut the Pentagon’s budget in the midst of two wars? — and foreign policy has elements requiring Solomonian wisdom and authority, both lacking in today’s politics. The latest debate over financial reform is almost guaranteed to become a poster child for bad governance.

In the past, “reform” legislation that enabled savings and loan banks to implode and require a huge bailout; the repeal of the Glass Steagall Banking Act in 1999; and the legalization of Credit Default Swaps a year later turned out to be disastrous. Does anyone believe that this reform effort will be an improvement given the inability of government to face up to the tough choices that must be made and overcome powerful and entrenched interest groups and constituencies?

So what is the solution? Tea Partiers would throw the current crowd out, or much of it, and start afresh. But would the nation be better off with an even less experienced group of legislators who would not likely have a short learning curve? And campaign finance reform that could shift politics from a process of permanent fund raising
to providing good governance has been tried, failed and overruled by the Supreme Court on First Amendment grounds of free speech.

Realistically, there is no single or even multiple solutions. Eventually, some grave crisis will force our hand. And that danger may not prove to be self-destructive as Marx’s specter was. Unless or until a majority of Americans accept the hardships likely to arise and demand change for the better nonetheless, tough choices will continue to make for bad governance.

Harlan Ullman is an Atlantic Council Senior Advisor and chairman of the Killowen Group that advises leaders of government and business.  This column was syndicated by UPI. Photo credit: AP Photo.