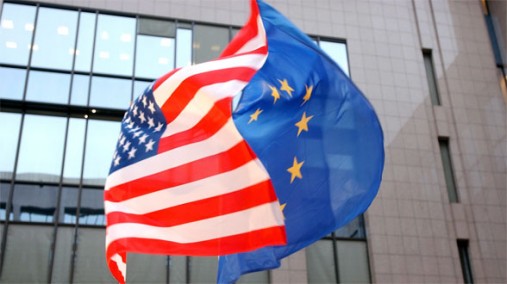 With leaders from the U.S. and EU gathering for a bilateral summit meeting in Lisbon this weekend, there is a need for a headline-grabbing initiative that can help the under-performing transatlantic relationship live up to its potential.   Eliminating tariffs on trade across the Atlantic – “Transatlantic Zero” – can do just that, and should be at the top of the economic agenda at tomorrow’s meeting.

A recent study commissioned by the U.S. Chamber of Commerce and the Confederation of Swedish Enterprise shows that getting transatlantic tariffs on goods to zero would expand U.S. and EU trade significantly – by 17 percent between 2010 and 2015 – comparing favorably with the outcome of even an ambitious WTO Doha Round.

Cutting out this tariff would amount to a “trade stimulus” – with GDP gains projected at $180 billion, it would help jump-start the lagging economic recovery and contribute to realizing President Obama’s goal of doubling U.S. exports in five years.  With short-term prospects for domestic sources of economic growth uncertain in both the U.S. and the EU, trade liberalization can produce the extra lift which both economies need.

The U.S. and the EU share a highly integrated economy, with over $1 trillion invested by U.S. companies in Europe and a similar sum by European firms in America — investments which in turn generate $3 trillion in foreign affiliate sales each year.  That ensures that over a third of bilateral trade is between the European and U.S. divisions of the same company.  As market access between the U.S. and the EU is mostly already achieved, eliminating the tariffs between the U.S. and Europe would yield immediate gains in prosperity.

By reducing costs, this kind of new starting point for the $600 billion transatlantic trade relationship would improve the global competitiveness of firms operating in the transatlantic market, and provide the momentum needed for other major steps in the creation of a barrier-free transatlantic marketplace – including on investment and services trade.

Transatlantic Zero has the virtue of being able to be negotiated quickly – an important selling point in a global economy that needs fresh economic growth now as the effects of the financial crisis linger.  The U.S. and the EU share many of the same social, labor, and environmental standards – matters which have held up trade pacts negotiations with emerging economies whose societies are organized differently.  These political hurdles should not stand in the way of a U.S.-EU trade deal.

What about the global trade context?   Just as the start of the European Common Market in the late 1950s galvanized the U.S. to launch the Kennedy Round of trade talks and in the 1990s NAFTA helped lead to a conclusion of the Uruguay Round, a transatlantic zero tariffs initiative could nudge reluctant emerging economies to negotiate seriously at the WTO in Geneva.  China, India, Brazil, and others will want to lock in gains for their exporters via the market opening from a successful Doha Round once they see the U.S. and the EU – who represent over 40 percent of global GDP – take steps to take down barriers to each other’s trade.

While the emergence of the G20 is a legitimate response to the changing balance of international economic power, it has led the potential of the transatlantic relationship to be overlooked.   It hasn’t helped the reputation of the U.S. and the EU that their centerpiece economic growth strategy for the last 15 years – the harmonization of regulations and the removal of non-tariff barriers to trade – has little to show for itself, despite the perseverance of officials.  With adjusted expectations those negotiations should continue, but the U.S. and Europe owe it to themselves not to keep doing the same thing over and over again expecting different results (Benjamin Franklin’s definition of insanity).

So a new goal is needed: zero trade tariffs across the Atlantic.  This collective European-American project will not only produce economic gains but also serve as a confidence booster for the currently underutilized transatlantic relationship, helping it to regain its position in the vanguard of global economic leadership.

History will judge the effectiveness of the U.S.-European partnership – one of the lynchpins of the international system – in large part by whether together it is an engine of prosperity for its citizens. Transatlantic Zero can help to do just that.

Peter S. Rashish, a consultant to the Atlantic Council, is Vice President for Europe & Eurasia at the U.S. Chamber of Commerce.