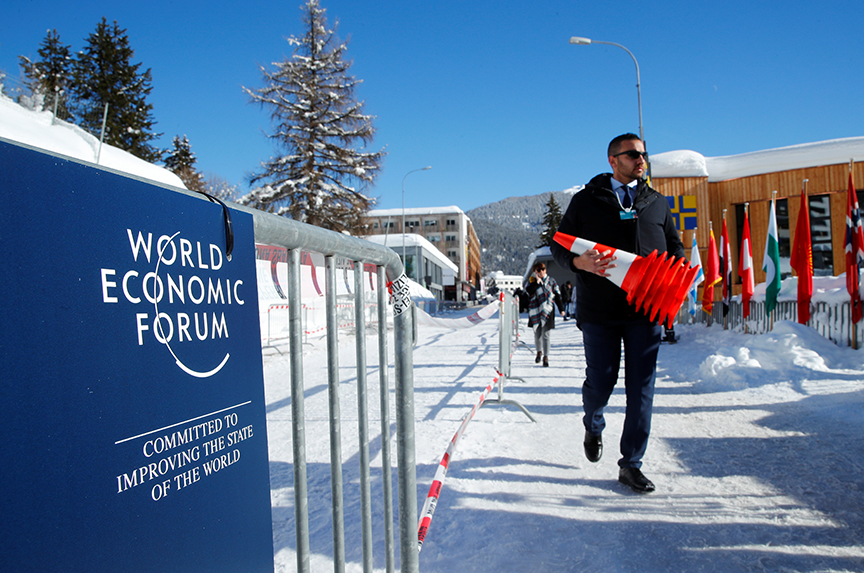 On January 26, US President Donald J. Trump is expected to address the World Economic Forum in Davos—a summit that espouses globalization and multilateralism, practices that are diametrically opposed to the president’s America First worldview.

Trump will be the first US president to attend the event since Bill Clinton did so in 2000.

That’s raising eyebrows because… Trump’s foreign policy decisions throughout his first year in office have been driven by a pragmatic, protectionist agenda. He has withdrawn the United States from the Trans-Pacific Partnership (TPP)—a multilateral trade agreement that would have allowed the United States, not China, to set the rules of global trade—and the Paris Climate Agreement, which seeks to address the challenge of global warming; he has threatened to withdraw from the North American Free Trade Agreement (NAFTA); he has railed against the trade deficit with China; and he has been scathing in his criticism of the United Nations and NATO.

Trump’s now-ousted chief strategist, Steve Bannon, derisively referred to those he viewed as opposed to the “center right populist movement” as “the party of Davos.”

Trump has shown no sign of letting up on his America First vision, despite Bannon’s ouster.

The World Economic Forum was founded by Klaus Schwab in 1971. According to its website, the forum “engages the foremost political, business and other leaders of society to shape global, regional and industry agendas… We believe that progress happens by bringing together people from all walks of life who have the drive and the influence to make positive change.”

What are other leaders saying? Indian Prime Minister Narendra Modi set the tone for the conference in the Swiss Alps on January 23 in an opening address by warning against the rise of protectionism. “Instead of globalization, the power of protectionism is putting its head up… Bilateral and multilateral trade negotiations appear to have come to a halt,” Modi said.

While not naming Trump, he added: “The solution to this worrisome situation against globalization is not isolation. Its solution is in understanding and accepting change.”

And Trump did what? The first day of the summit coincided starkly with the Trump administration imposing tariffs on imports of washing machines and solar energy panels. China and South Korea will be most impacted by this decision.

The New York Times reports that Trump is expected to ratchet up his protectionist policies and the new tariffs could “most likely exacerbate trade tensions with other nations, including China, and could result in an escalation of retaliatory trade measures against imports from the United States.”

A new worldview? Earlier in January, White House press secretary Sarah Huckabee Sanders told reporters that Trump’s presence at Davos should not be seen as a sign that his protectionist worldview is softening.

“The president’s message is very much the same here as it will be there,” Sanders said. “This is very much an ‘America First’ agenda. The president is still 100 percent focused and committed to promoting policies that promote strength for American businesses and the American worker.”