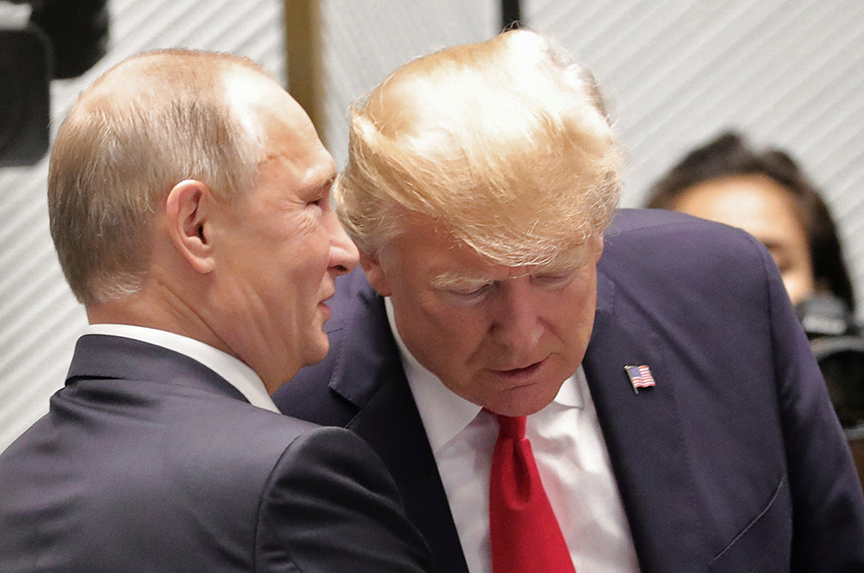 As a candidate and president-elect, Donald Trump spoke constantly about the need to improve relations with Russia.  He also spoke positively about Russian President Vladimir Putin.  During Trump’s first weeks in office, his administration began to look seriously at reviewing and perhaps easing, if not lifting, sanctions on Russia related to Moscow’s war in Donbas and its interference in the US presidential election. So, there were clear expectations that Trump might adopt a softer Russia policy than former US President Barack Obama.

Several factors, however, stood in the way of an opening toward the Kremlin. First, the senior national security officials that the president chose understood Kremlin policy to be aggressive.  This was and is true of Secretary of State Rex Tillerson, Secretary of Defense James Mattis, National Security Adviser H.R. McMaster and White House Chief of Staff John Kelly. They would oppose unilateral concessions to Moscow in the effort to “improve relations.”  Two, there was great public concern about the peculiar contacts between the Trump election team and well-connected Russians.  The media and then a special prosecutor have been investigating to see if there was collusion between the Trump team and the Kremlin to undermine the presidential candidacy of Hillary Clinton.  This factor would make it politically problematic for Trump to pursue a soft policy towards Moscow.

The final factor was Congress.  The Democrats in Congress believe that the Kremlin was working against Clinton in the presidential election and want no easing of policy toward Russia; and while Republicans in Congress have wanted to support their President’s foreign policy, they too could see no reason to weaken the US approach toward a recalcitrant Kremlin.

This last factor was critical in US sanctions policy.  The Trump team’s early call to review sanctions prompted a congressional reaction which ultimately led to new and tougher sanctions in legislation passed last summer.

Senior national security advisers then picked up the policy ball and persuaded Trump to provide Ukraine with lethal weapons, including the much-discussed Javelin anti-tank missiles.  Obama famously and timidly chose not to provide such weapons claiming that it would simply lead to a Kremlin escalation.

Whatever Trump’s inclinations and statements, his administration has produced a more robust and wiser policy towards Russia than his predecessor.