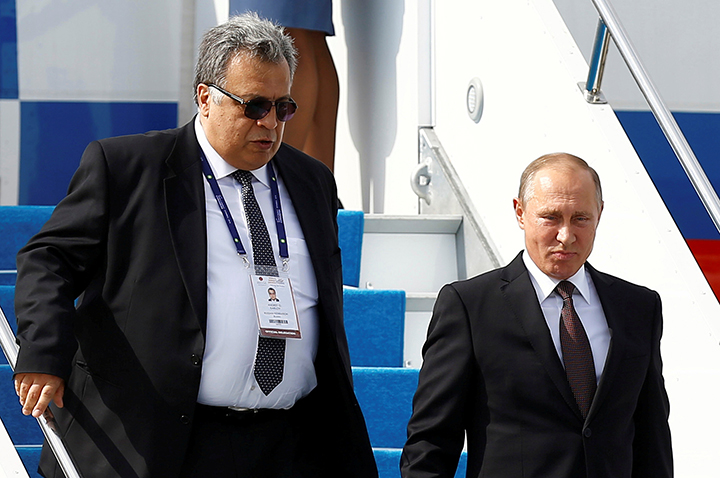 The assassination of the Russian ambassador to Turkey on December 19, while a tragic incident, is unlikely to have a significant impact on the diplomatic relationship between Moscow and Ankara that has been forged over priorities in Syria, according to two Atlantic Council analysts.

“This incident, in theory, could be a pretext for the Russians to do something against the Turks, but there is no interest in Moscow to do that,” said John. E. Herbst, director of the Dinu Patriciu Eurasia Center at the Atlantic Council.

“This is one of those spectacular incidents that is a one-off,” he added.

Aaron Stein, a resident senior fellow in the Atlantic Council’s Rafik Hariri Center for the Middle East, said: “Russia has every incentive to express its displeasure at the incident and express sorrow at the tragedy that took place, but also to manage it.”

Andrei G. Karlov was assassinated by an off-duty policeman at an art center in Ankara. The assassin reportedly shouted “Don’t forget Aleppo! Don’t forget Syria!” before he was killed by special forces.

“The one advantage the Kremlin gets from this is that they can present the murder of their diplomat as proof of how vile Syrian President [Bashar] Assad’s opponents are and, therefore, Russia is correct to continue doing what it is doing in Syria,” said Herbst, who is a former US ambassador to Ukraine.

Russian warplanes began bombing Assad’s enemies, but mostly Syrian rebel groups backed by the United States, in September of 2015. Since then, Assad’s armed forces, backed by Russia and Iran, have managed to make significant gains in the war—most recently in the city of Aleppo.

Russia and Turkey, while backing different sides in the war in Syria, have been collaborating in efforts to evacuate civilians from Aleppo.

The Turkey-Russia relationship came under significant strain in November of 2015 after Turkey shot down a Russian SU-24 fighter jet after it violated Turkish airspace. Russian President Vladimir Putin described the downing of the jet as a “stab in the back that will have serious consequences for Russia’s relationship with Turkey” and Moscow imposed sanctions on Turkey. Ties between the two countries were only repaired in June after Turkish President Recep Tayyip Erdoğan apologized for the shootdown. Turkey is heavily reliant on Russia for natural gas.

John E. Herbst and Aaron Stein spoke with the New Atlanticist’s Ashish Kumar Sen. Here are excerpts from our interviews.

Q: What are the likely implications of this assassination?

Herbst: This is a tragic incident, which will not have a substantial impact because both Turkey and Russia are interested in maintaining their relationship that has improved since the Turkish apology for the shootdown of the Russian jet.

This [assassination] seems to have been carried out by someone opposed to what the Kremlin is doing in Syria. While the Turks themselves oppose what Moscow is doing in Aleppo, they have not let that ruin the relationship with Russia. The Russians understand that and therefore will not see [the assassination] as a reason to demand something from Ankara that would worsen the relationship.

I don’t think this will produce any changes in Russian policy, Western policy or Turkish policy. Moscow believes that it is doing well in Syria; and, in fact, it is. The one advantage that the Kremlin gets from this is they can present the murder of their diplomat as proof of how vile Syrian President Assad’s opponents are and, therefore, they are correct to continue doing what they are doing in Syria.

Stein: The implications depend on Russia’s reaction. Russia has every incentive to express its displeasure at the incident and express sorrow at the tragedy that took place, but also to manage it.

As a result of what has been going on in Syria, the Turkish emphasis on how it has been prosecuting its own covert war inside Syria has shifted considerably since August. When it put in its own forces as part of Euphrates Shield [Editor’s note: Euphrates Shield is the Turkish military intervention in Syria.] the emphasis became on stopping the Kurdish advance. The Turks need Russian acquiescence to do that, and they have it. At the same time, Russian forces have “successfully” reconquered Aleppo. The ceasefire arrangement they have reached with the Turks is to Russia’s benefit because it moves the ball forward in terms of [Moscow’s] broader strategy, which is both to help Bashar al-Assad win the war but to do so by shaping the insurgency itself. In a way, the forced deportation of people from eastern Aleppo helps Russia further cast the opposition as all being terrorists and, therefore, justifying its actions, particularly with an incoming [Donald] Trump administration.

If you look at the long game, [the assassination] is obviously a terrible tragedy and will have some repercussions on Turkish-Russia relations, but I think the incentive is for both sides to manage it.

Q: Has the Turkish government’s purge of high-ranking military officials, following the failed coup attempt in July, hurt its ability to do counterterrorism?

Stein: It is too difficult to tell. They are facing an unprecedented array of threats. In the past week and a half we have had two suicide bombings—three if you count the two different bombers in Besiktas—and the attack on off-duty soldiers in Kayseri, on top of that you have the assassination of the Russian ambassador, you have the insurgency in the southeast, you have Euphrates Shield, and [the Turkish military] continuously carries out missions against the PKK [Editor’s note: The PKK, the Kurdistan Workers’ Party, is considered a terrorist group by the United States and Turkey.] in northern Iraq. This is an unbelievable amount of things that the security forces are being asked to deal with.

Obviously, this assassination is extremely embarrassing; one of their own—a cop. We cannot divorce it from the realities of what is going on in Turkey right now, which is despite the ceasefire and the collegial and warm relations that they are trying to portray with Russia, this is a government and media that has been banging the drum on the tragedy of Aleppo for years and has staked a good amount of its legitimacy on being the protectors of Aleppo.

Q: What is the status of the Turkey-Russia relationship, which was strained following the jet shootdown in 2015?

Herbst: Back in June, Erdoğan did something quite unusual for a Turkish leader: he essentially apologized to the Kremlin for the jet shootdown even though he was well within his rights to shoot down that plane because of multiple previous violations of Turkish airspace. Moscow was delighted with Erdoğan’s policy turn, and then you had the attempted coup on July 15 and Erdoğan’s very strong reaction, which worsened his relations with the West. This was an opportunity for the Kremlin.

This [assassination], in theory, could be a pretext for the Russians to do something against the Turks, but there is no interest in Moscow to do that. This is one of those spectacular incidents that is a one-off.

Stein: The relationship went through a really rough period after the shootdown, but just after the coup attempt there was a rapprochement. Since then it has been going well in that both sides have an incentive to get along diplomatically to further their ends.

Turkey wants to blunt Kurdish expansionism inside Syria and deal with [the Islamic State of Iraq and al-Sham] as a secondary issue, whereas Russia was able to use leverage and coercion to force a far more pliant Turkey to fulfil its aim, which is to destroy the [Syrian] opposition of which Turkey is one of the main backers.

The Turks conveniently pretended that an air force officer loyal to [exiled Islamic cleric] Fethullah Gülen shot down the Russian jet, therefore absolving themselves of personal responsibility. They are doing the same thing now. The media that speaks for the government is saying the police officer [who shot the Russian ambassador] was a follower of Fethullah Gülen. This will have implications for US-Turkey relations. The extradition [of Gülen from the United States, where he is living in self-imposed exile] issue remains very sensitive for Turkey although it had slightly faded into the background. Now that this is back front and center, whether [the assassin] was a Gülenist or not, there will be repercussions in terms of the narrative driving anti-Americanism as a means to deflect some of the criticism for this police officer going rogue.

Q: Michael Flynn, President-elect Trump’s nominee for the post of national security advisor, had described Gülen as a “shady Islamic mullah” and Turkey as a country that needs US support. Do you expect the Trump administration to take a different approach to Turkey than the one taken by the Obama administration?

Stein: The extradition issue should be handled independently within the Department of Justice and not have huge push from the executive. The Trump administration will have a considerable impact on elements of both the Turkish and Russian operations in western Syria. If the Trump administration decides to pull back US support for a number of the vetted opposition groups in the western part of Syria, then you could see the insurgency collapse and Russia’s positions be aided.

But in terms of the US-Turkey relationship, on Syria it will all come down to what the Trump administration decides to do about the Syrian Kurds. There you run into the problem of the one clear area that Trump has articulated about Syria that he wants to “seriously” go after ISIS. They will still be left with the same problem that the Obama administration has at the moment, which is if you are not willing to put in American ground forces what ground forces are you going to use outside of the Special Operations forces? You are still left with a Kurdish-backed fighting force in the eastern part of the country, so the problem will remain.

Image: Andrei G. Karlov (left), Russia’s ambassador to Turkey, is seen with Russian President Vladimir Putin in Istanbul on October 10. Karlov was assassinated by an off-duty policeman in Ankara on December 19. (Reuters/Osman Orsal)