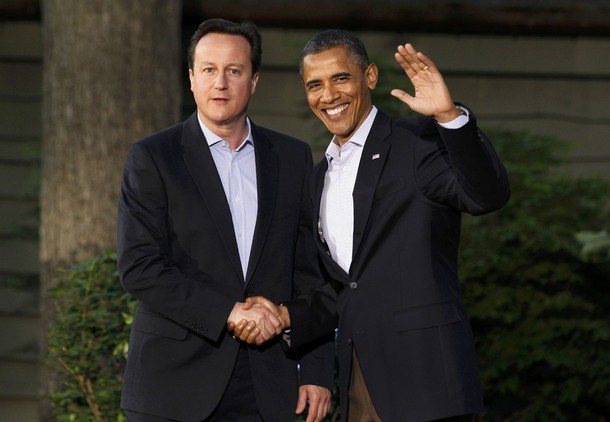 The last time a British prime minister endorsed an American president’s plans for military intervention, it resulted in the US invasion of Iraq – one of the worst foreign policy blunders in recent American history.

That is why last week’s endorsement by David Cameron of a warning by Barack Obama that even the threat of chemical weapons by Syria could trigger a military intervention should be viewed with alarm on both sides of the Atlantic.

There is something in the psyche of Americans that gives British views on foreign policy more credit than they deserve. If the Brits say it is so, it must be so is the common reaction of many Americans to pronouncements by British leaders. Americans are inclined to believe their friends across the Atlantic, given their centuries of involvement with countries around the world, have acquired skills to deal with foreign policy issues that Americans – with barely a century of global domination – simply do not possess. This is simply not true.

While there may be some truth to this belief in British prowess in dealing with other countries, there is an overriding reason to not give British support too much credence: The UK’s support is rarely based on facts on the ground and objective analysis. It is driven instead by a self-serving exaggerated view of the “special relationship” with the United States.

I have always believed that former President Bush would have had a very difficult time selling his unilateral invasion of Iraq to Americans had Prime Minister Blair refused to support American military plans.

Why then would Britain, America’s closest ally, the co-inventor of modern Iraq, with intimate knowledge of, and deep historical ties to, the Middle East, and with its powerful understanding of Arabs and Islam, not have influenced its American ally’s actions more wisely?

Dean Acheson, one of America’s most gifted Secretaries of State, would have had a ready explanation for why it was not in Britain’s best interest to oppose the United States’ plans to invade Iraq.

Addressing a student conference at the US military academy, West Point, in 1962, he presciently said, “Great Britain has lost an empire and has not yet found a role. The attempt to play a separate power role, that is, a role apart from Europe, a role based primarily on a ‘special relationship’ with the United States … is about played out.”

The American invasion of Iraq destroyed the delicate balance of power relationships involving Iran, Iraq, Turkey, Sunni, Shia, and Kurd. A balance that Iraq’s ruthless dictator had maintained for years.

A precipitate collapse of the Assad regime in Syria would magnify this instability in the heart of the Middle East by, for instance, encouraging a push by Syrian Kurds for an independent Kurdish State – the worst nightmare of Turkey, one of America’s closest allies in the Middle East. That is why Turkey, the country most affected by the mayhem in Syria (over 200,000 refugees have crossed into it for safety), is politically divided about militarily intervening in Syria.

And, American military involvement in Syria, would further damage the relationship between the United States and Russia, Syria’s benefactor. That would doom American and Nato plans to remove US troops and material from the war in Afghanistan through Central Asia and Russia; leaving Pakistan as the only route out of the Afghan quagmire. Is that in American national interest?

If Britain wants to help re-engineer Syria, a country it helped to invent in the first place, it should be free to do so. But Americans would be wise to make it clear to their elected officials that they have no wish to intervene on one side of a civil war. America has other priorities for its blood and treasure, and they do not include another war in the Middle East.

In this closely fought US presidential election season when President Obama is being hammered by conservatives to act militarily in Syria, what the world did not need is a public declaration of UK support for US military intervention in Syria. The US has been down this road before, in Iraq. Does anyone really want to repeat that movie?

Sarwar Kashmeri is a senior fellow with the Atlantic Council’s International Security Program. This piece was originally featured in The Guardian.