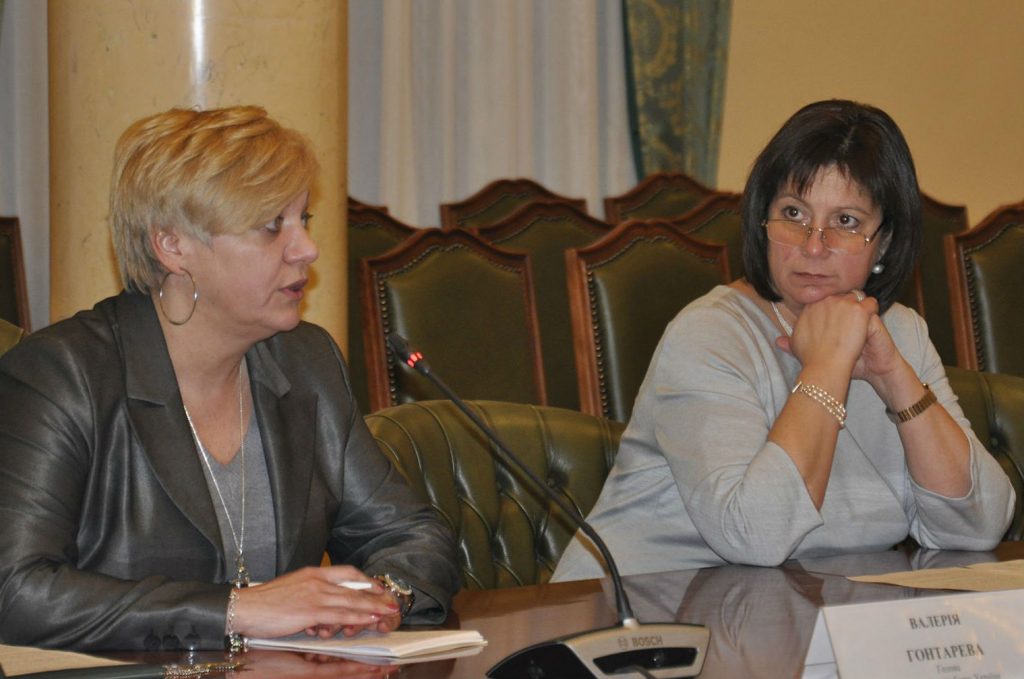 As Ukraine fights Russian-backed separatists in the Donbas, the government is simultaneously engaged in a battle with its foreign creditors for the debt relief it desperately needs to prevent a full-scale economic collapse. Private investors hold about $19 billion of Ukrainian debt.

To stave off disaster, the International Monetary Fund and other western donors agreed to a $40 billion rescue package for Kyiv earlier this year. The IMF expects $15 billion of it to come from the restructuring of Ukraine’s international bonds—meaning that Kyiv must cajole its foreign creditors into taking a loss on their investments.

Unsurprisingly, Ukraine’s creditors are not happy about this arrangement, and the two sides have been far apart on the amount of the loss Ukraine’s investors should incur. While Ukraine’s Finance Minister Natalie Jaresko has insisted that creditors accept a 40 percent haircut on their bonds, a creditor committee counteroffered a mere 5 percent write-down. [Editor’s note: On Monday, the Wall Street Journal reported that Ukraine is nearing a restructuring deal with its creditors that would include a twenty percent haircut, although there is no agreement yet.] While the two sides continue talking, with a $500 million bond coming due on September 23, time is running out. The ongoing stalemate led Ukraine’s parliament to recently pass a law authorizing the government to impose a moratorium on bond payments to its foreign investors if negotiations fail.

In 2010, Hasenstab used the same approach in Ukraine when its bonds began trading at 80 percent of their original value. Over the next several years he scooped up billions of dollars of Ukraine’s international bonds, becoming the country’s largest private creditor. Hasenstab expected his investment in Ukraine’s bonds would be backstopped by the IMF, explaining that “with the IMF package, international aid support, Ukraine will access over the next couple of years, because of their good reform agenda, over $30 billion of international assistance.” This expectation was supported by what happened with Greece, where the majority of the money lent to Athens by the IMF was used to pay back foreign boldholders.

But while it’s both smart and perfectly legal for an investment manager to look for these types of one-way bets, now that this bet has gone south, Ukraine’s foreign bondholders should shoulder their own losses. Ukraine’s IMF cash is not “free money,” but rather a loan that the Ukrainian state—and ultimately the nation’s taxpayers—must pay back. Moreover, as former US Treasury Secretary Lawrence Summers argues, it is “unacceptable that taxpayers money should be used to repay bondholders,”and this is especially true now when the average monthly wage in Ukraine is only $194, an inflation rate of 55 percent is decimating citizens’ purchasing power, and a painful IMF-mandated austerity program involving sweeping cuts to social programs is being implemented.

Kyiv should stick to its guns and insist that Franklin Templeton and other foreign creditors share substantially in the pain. Analysts at both Citigroup and Bank of America have said that a 20 percent haircut is reasonable. If creditors refuse to compromise with Jaresko at this number, then the Ukrainian government should follow Summers’ advice and stop paying interest on the bonds until its creditors agree to do so.

Valeriya Gontareva, governor of the National Bank of Ukraine, worries that the country risks becoming a “pariah country” if it does not meet its obligations, but the experience of other countries that have defaulted on their sovereign debt indicates that this is not the case. George Soros has pointed out that debt restructurings usually cause lasting problems only when creditors drag out the battle. By contrast, when both sides reach a settlement, IMF research has found that emerging market governments are usually able to resume borrowing on international markets with a clean bill of health, generally within one to two years. Moreover, macro-economic indicators improve dramatically post-restructuring, with growth more than doubling and inflation dropping by over 60 percent—all things Ukraine desperately needs.

After twenty-five years of economic mismanagement and predatory governance, Ukraine finally has a government truly committed to reforms. It needs and deserves debt relief—and has every right to play hardball with its foreign creditors until it gets it.

Image: Private investors hold about $19 billion of Ukrainian debt. Ukraine's Finance Minister Natalie Jaresko (right) has insisted that creditors accept a 40 percent haircut on their bonds, though a creditor committee counteroffered a mere 5 percent write-down. With a $500 million bond coming due on September 23, time is running out. Valeriya Gontareva (left), governor of the National Bank of Ukraine, worries that the country risks becoming a "pariah country” if it does not meet its obligations. Credit: Міністерство фінансів України