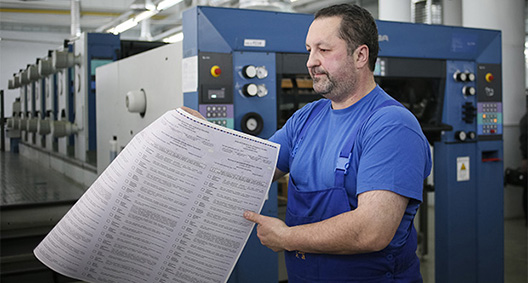 Ukraine’s May 25 election, an event critical to strengthening the legitimacy of Ukraine’s government as it confronts attacks by Russia, may in some ways be the freest vote for a Ukrainian president since the country became independent 22 year ago, says Andriy Mahera, the deputy chairman of the country’s election commission.

That’s because, for the first time, Ukrainians will choose a national leader in a race with no incumbent, Mahera said in a telephone interview from Kyiv. “In 2014 we don’t have the element of the so-called administrative resource, with government structures being used to coerce voters to support the official, chosen candidate,” Mahera said.

As 21 officially nominated candidates vie to replace former President Viktor Yanukovych, who was ousted in February following three months of massed street protests, “the electoral process in these elections is the same for all the candidates,” Mahera said. “There’s more equality in the process now than ever before.”

Mahera is deputy head of the Central Election Commission, which employs more than 32,000 people to conduct a presidential vote. His agency has registered more than 1,000 international observers of the vote, and is expecting more, as part of its effort to show internationally the legitimacy of the May 25 balloting.

The massive challenge facing the commission is, of course, the annexation of Crimea, home to 5 percent of Ukraine’s 36.5 million voters, and the violent standoff in southeastern Ukraine, where secessionist militias have seized many government buildings and strategic points across Donetsk and Luhansk provinces, where roughly 13 percent of voters live.

The more banal problem is that the 21 candidacies yield a presidential ballot nearly two feet (68 centimeters) long.  The election commission and its printer have used special inks and other features to make the form nearly impossible to counterfeit. At least that’s what Mahera and his colleagues hope.

Ukraine will be able to conduct no voting in Crimea, and Ukrainians living there will face huge hurdles in casting ballots. Ukrainians who have not taken on Russian citizenship since Russia’s seizure of the peninsula in late February must cross the checkpoints of a border established by Russian troops to register to vote in any other locale of Ukraine – and must show up there again on May 25 to cast their ballots, Mahera said. Of the 1.8 million registered voters in Crimea, only 1,200 have registered so far, he said.

While the commission is preparing to open polling stations throughout Donetsk and Luhansk provinces, it is unlikely to complete that task in areas of the worst violence, Mahera said. The most dangerous places are Slaviansk, the city in the north of Donetsk that is the military headquarters of the Russian-backed secessionist militias, and the locale of Lysychansk in neighboring Luhansk, Mahera said. These areas routinely have seen kidnappings, beatings and killings. The larger cities of Donetsk, Luhansk and Mariupol and Odessa also have seen sporadic violence, notably by secessionist militiamen, often masked, who have attacked political demonstrations or other targets that tend to promote notions of Ukrainian national unity and sovereignty. There, polling stations in some neighborhoods are likely to be at risk on election day.

Mahera said he could not answer questions about security measures to be taken for the voting, saying that this was the responsibility of the Interior Ministry. “Even if I knew any security details I’d be compelled to keep them to myself so as not risk compromising the situation,” he said.

Voters from any troubled area can cast their ballots in other polling stations, Mahera said, and the commission has increased the number of polling stations outside the zones marked by secessionist violence precisely to give people a better chance of voting in a safe zone. In Kharkiv and Odessa, the country’s second- and third-largest cities, both touched by the recent months of violence, all existing voting stations will be open on election day, he said.

The largest group of international election observers expected for the vote will be from the Organization for Security and Cooperation in Europe (OSCE). Ukrainian émigré organizations such as the Ukrainian World Congress and the Ukrainian Congress Committee of America are also sending observer delegations. Mahera said his agency wants as many election observers as possible to help ensure and publicize the transparency of the vote. With that, “all these empty discussions about these elections being illegitimate will fall by the wayside,” he said.

Mahera voiced hope that the election will be completed in a single round, which would require a vote of more than 50 percent for the winning candidate. If a runoff is required, it will be held June 15, he said, extending the uncertainties of the conflict being managed by an interim government for another three weeks.

Beyond the question of interference by the secessionists, Mahera says no one will have doubts as to the transparency of the May 25 vote. Were it not for the violence, he said, this year’s poll would have been a “model election.”

Image: A printing plant worker in Kyiv holds a sheet of the two-foot-long ballots being prepared for the May 25 presidential election. REUTERS/Gleb Garanich