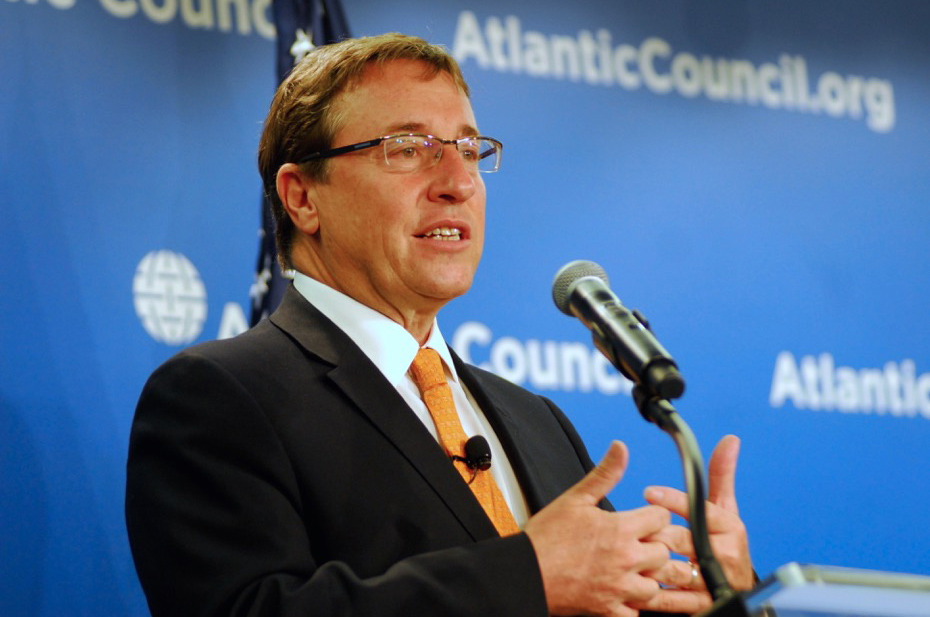 Steiner, a German development expert who has run UNEP since 2006, spoke April 1 at an event sponsored by the Atlantic Council’s Global Energy Center.

“Virtually everybody has been wrong,” he said. “Renewables are going to take hold a lot faster than anybody ever thought.”

“In 2014, we surpassed 100 gigawatts [in renewable energy investment] for the first time ever,” said Steiner, praising the rapid speed and impressive scale of renewable energy growth “compared to other technologies that have taken two, three, even five decades to reach significant market share.”

He added: “Close to 50 percent of the investment last year happened in so-called developing and emerging economies. The notion that renewable energy would need another ten or twenty years to mature is being turned on its head.”

That $271 billion excludes large-scale hydroelectric projects and represents a 17 percent increase from 2013 figures.

“Even though the numbers do not yet [reach those of] 2011, when we had a record $279 billion in investment, because of the decline in prices, that $271 billion actually buys you a lot more installed capacity than in 2011,” he said.

Running a distant second to China in terms of 2014 renewable energy investment was the United States, which spent $38.3 billion. In third place was Japan, at $35.7 billion.

Other leading investors in renewable generating capacity were Brazil ($7.6 billion last year), India ($7.4 billion), and South Africa ($5.5 billion). In addition, Chile, Indonesia, Kenya, Mexico, and Turkey have all spent $1 billion or more on such infrastructure, while Jordan, Myanmar, the Philippines, and Uruguay are now at the $500 million mark.

“Renewable energies are becoming accessible for developing economies,” said Steiner. “This is not just a matter of not using oil revenues, but leapfrogging technology. It is happening before our very eyes.”

“We are now producing with renewable energy close to 10 percent of every kilowatt-hour of electricity generated on the planet,” he said.

Several weeks ago, Indian Finance Minister Arun Jaitley announced that his country—expected to overtake China by 2028 as the world’s most populous nation—will quadruple its renewable power capacity to 175 GW by 2022 as part of the Modi government’s plan to supply electricity to every household.

“The world must decarbonize the global economy in less than fifty years, to the point where we can say our economies have a zero net-emissions footprint,” said Steiner. “People may still doubt this will be a reality, but I’ve spent ten years on the front lines of this debate about climate change.”

“This combination of energy efficiency and renewables really does present a moment in time where we can look at 2050 and begin to conceive of a world where we will have shifted into an age of renewables being the foundation of our energy systems,” said Steiner.

The fact that Germany now generates 30 percent of its electricity from renewable sources has “surprised everyone,” said Steiner.

“It’s critical that a public consumer appreciation of the technology underpins whatever you decide,” he said. “The decision by Germany to phase out nuclear energy was not a cost-benefit decision; it was a political decision whereby Chancellor Angela Merkel read the sentiment that this was about accelerating Germany’s transition to an energy future.”

However, Steiner said that in the long run, “the more fossil fuels you use, the more the price will go up, because it is a resource that will constrain our energy future. But the more renewables you use, the cheaper they become.”

Thanks to recent advances in photovoltaic technology, one factor that’s no longer an issue is the steady supply of solar energy, Steiner said. “If you’re in Texas or California,” he quipped, “unless the sun stops shining, it’s a given.”

Image: “Renewables are going to take hold a lot faster than anybody ever thought,” Achim Steiner, Executive Director of the United Nations Environment Programme, said at the Atlantic Council April 1. (Atlantic Council/Larry Luxner)