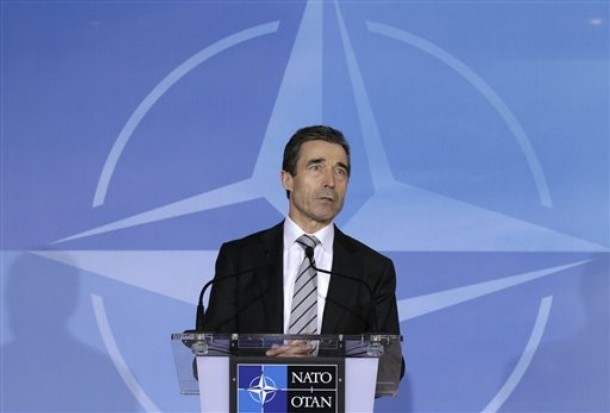 Fighting effectively requires fighting coherently under a unified chain of command.  In Libya, this means NATO exercising effective command and control of the coalition operations.  The Alliance now has command of two of three pillars of the military operation: enforcing the arms embargo with a naval blockade and (as of a few hours ago) enforcing the no-fly zone.  Now allies need to agree that NATO will also be charged with the civilian protection mission authorized by UN Security Council Resolution 1973.

Over the past several days, as fighting has raged in Libya, the Alliance has been divided on the relationship between a NATO no-fly zone and the coalition’s civilian protection role, including the “rules of engagement.”  The civilian protection mandate provides the political basis for the most controversial aspect of the Libya operation: bombing Gaddafi’s aircraft, tanks, and artillery that are being or could be used to attack civilians.

In Brussels, the French have sought assurances that a unified NATO command for both air missions would not restrict commanders’ freedom of action to bomb Gadaffi’s military assets to implement the civilian protection mission.  The Turks have insisted on a unified air operation due to their concerns that NATO would be held accountable for civilian causalities resulting from (non-NATO) French, British, or U.S. air and missile strikes.

This gap is bridgeable.  NATO’s pending decision refers to “fully implementing UNSC resolution 1973” meaning there are no caveats on how Alliance forces can protect civilians. While political intervention in targeting during the first few days of NATO airstrikes in Kosovo in 1999 produced the smear “war by committee,” the truth is the Alliance managed to end the political meddling in military operations very quickly in Kosovo.  Furthermore, the ISAF experience in Afghanistan has demonstrated that NATO political authorities have not sought to micromanage military tactics.

The other contentious issue has been the political control and face of the military campaign. Many allies have been to keen to de-emphasize the NATO face of the operation while putting front and center the broader coalition backing UNSC resolution 1973.  While this makes sense, ironically non-NATO partners ready to contribute to the operation, such as Qatar, UAE and Sweden, are more comfortable plugging into a NATO operation which has established procedures to integrate partner forces and to involve them in decision-shaping than ad hoc coalition structures.  This model works well in Afghanistan, where NATO nations meet around a single table with other troop-contributing nations to review strategic military plans and provide political guidance.

While NATO’s top decision-making body, the North Atlantic Council (NAC), must remain in charge of a NATO operation, the Brits have offered a helpful proposal to convene a big tent Libya Conference in London on March 29 to maintain broad political commitment to the operation and to establish a Libya contact group. This follows the model of the March 2009 Hague meeting held just prior to the NATO summit meeting on Afghanistan. In addition to NATO and the allies, the UN, the Arab League and key members (Saudi Arabia, Egypt, Morocco, Qatar, UAE, and Jordan), the European Union, the African Union, and Sweden would participate.  This group would provide leadership and overall political direction to the international effort to support Libya, a forum for coordinating policy on Libya, and a focal point in the international community for contact with the Libyan parties.  It would not however replace the NAC in command authority over the military operation.

As NATO begins enforcement of the arms embargo, the next step is to start NATO no-fly zone air operations this weekend, taking over from U.S. command, followed as quickly as possible by NATO assuming command of the civilian protection mission, fully unifying the Libya operation under NATO.  Differing command chains in the airspace over Libya only increases the risk of confusion and mistakes, including friendly fire.

Transferring the lead from United States to NATO, however, does not mean a U.S. withdrawal from the operation.  American commanders will remain central to this operation – including NATO Supreme Allied Commander Europe Admiral Jim Stavridis and NATO Commander of Joint Forces Command Naples Admiral Samuel Locklear. There is no NATO absent the United States, by far the Alliance’s largest ally. As America’s allies and partners step forward, the United States will remain central to an effective execution of the operation.