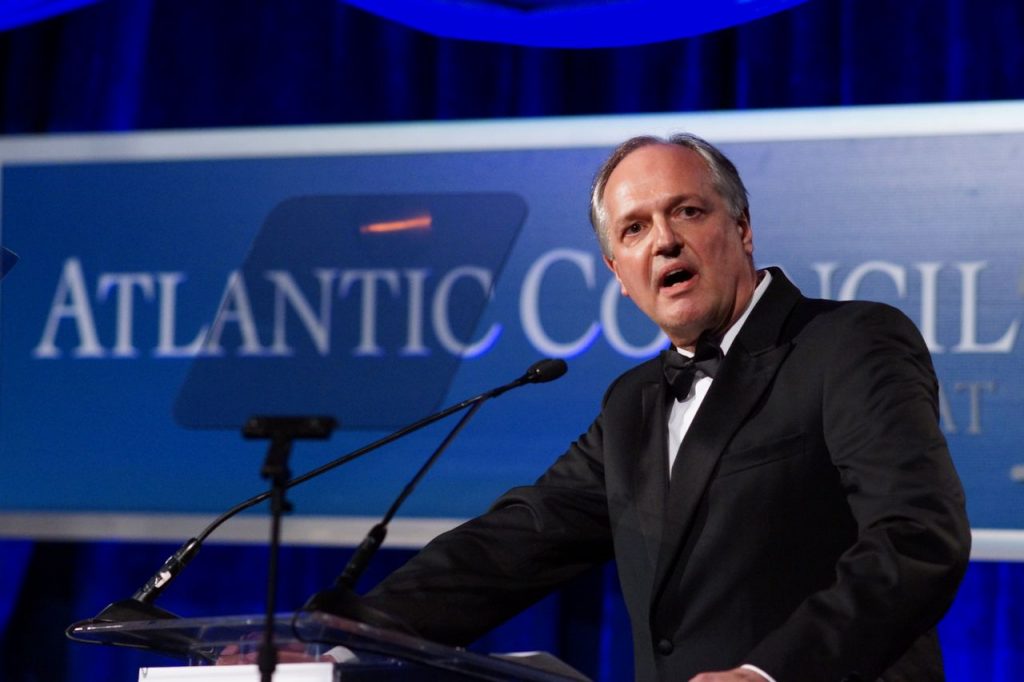 Unilever CEO Paul Polman declared that “business simply has to take the lead” to solve global challenges ranging from hunger to climate change.
Speaking at the Atlantic Council Awards Dinner, where he was honored with the Distinguished Business Leadership Award, Polman argued that this was “a critical time for business” and that “capitalism as we know it being questioned” and “trust in corporations and government at low.” At the same time, “the need for responsible business has probably never been greater.”

He pointed to the increasing challenges that come with a global population explosion, which add further pressure in the areas of food security, poverty, climate change, and resource scarcity. Polman noted that “demand for change from citizens is growing.” Indeed, he argued, “They’re screaming for it,” whether by protesting in the streets or organizing via social media. At the same time, “the ability of governments” to meet these demands is “increasingly limited.”

Polman urged his fellow business leaders to fill this gap, observing that, “with the privilege of the leadership role comes some of the sacrifice.” He cited Viktor Frankl’s observation that “When they built the Statue of Liberty on the East Coast, they forgot to build a Statue of Responsibility on the West Coast.”

For Polman, business leaders have “an opportunity to reverse the mistrust” stoked by the global financial model by taking an active role in solving the world’s resource problems. He pointed to Unilever’s Sustainable Living Plan, a commitment to goal to “grow the business while reducing our environmental footprint and increasing the positive contribution which we make to society.”

He declared, “It simply can not be right that even in today’s world millions of children die of every year of preventable diseases” or that “a child dies every 6 seconds and a billion people go to bed hungry” every night. He urged business leaders to work with each other and with government to solve these problems.