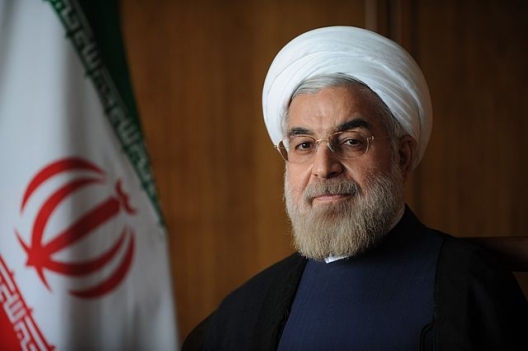 Iran’s president may have changed, but the leadership’s reticence about talking one-on-one with the United States continues – along with U.S. reluctance to recognize Iran’s quasi-representative government as legitimate.

On Tuesday, in his first press conference since his inauguration August 4, President Hassan Rouhani danced around questions about whether he would support direct bilateral talks on the nuclear issue, suggesting U.S. behavior had to change first. Rouhani also was noncommittal about attending the September meeting of the U.N. General Assembly – an annual diplomatic gab-fest that provides an opportunity for adversaries to meet on neutral turf and that Rouhani’s predecessor, Mahmoud Ahmadinejad, never missed.

Rouhani’s caution is understandable if a bit depressing.

For 34 years, the United States has been regarded by Iran’s government as its greatest foe – the so-called “Great Satan” that supported Iran’s former king and is now crushing the Iranian economy with draconian sanctions because of Iran’s refusal to significantly curb its nuclear program. Even though Rouhani understands that the only way to keep his campaign promises of alleviating Iran’s economic crisis is through sanctions relief – which means reaching a nuclear accord with the United States – it is difficult for him to make the first move.

His path might have been easier if President Barack Obama had congratulated Rouhani on his surprise election victory June 14 over five more hardline candidates. Instead, the White House and State Department have repeatedly praised the “Iranian people,” not the Iranian president – a distinction that infuriates the regime’s elite.

While it is certainly true that Iran is not a democracy by Western standards, Iranian politics have a fair amount of open debate compared to many of the country’s Arab neighbors. Indeed, with Syria in flames and Egypt stumbling from coup to elections and back again, Iran after its latest presidential vote is looking relatively stable and responsive to the popular will.

At a roundtable with visiting foreign journalists earlier this week, S.V. Karimi, a senior official at the Institute for Political and International Studies, a think tank affiliated with Iran’s foreign ministry, emphasized “new opportunities” for U.S.-Iran engagement, including enhancing “people-to-people ties” and seeking a “win-win” solution to the nuclear crisis.

How to accomplish this, however, will require careful choreography and subtle messaging that has been beyond the ability of previous Iranian and American administrations and will also be challenging for Rouhani and his incoming team.

Rouhani, like all his predecessors, is sensitive to charges that he is selling out Iranian interests. After the billions of dollars Iran has sunk into its nuclear program – and the billions more it has lost because of nuclear-related sanctions – Rouhani will need U.S. concessions to be able to portray any deal as mutually beneficial. At the same time, Obama will need Iranian flexibility to be able to market an agreement to a suspicious U.S. Congress.

A diplomat in Tehran, speaking on condition of anonymity, said Obama’s decision not to personally to congratulate Rouhani on his election was another “missed opportunity” in a long line of mutual diplomatic mistakes.

During a previous period of tentative rapprochement – when reformist Mohammad Khatami was president – then Secretary of State Madeleine Albright offended Iran’s leadership by referring in an otherwise conciliatory speech in 2000 to the “elected” and “unelected” portions of the Iranian government. The latter remark was seen as a slap at Supreme Leader Ayatollah Ali Khamenei, who has the final say on all matters of Iranian national security, and who is chosen by a clerical body that is elected. By trying to elevate Khatami’s legitimacy over the Supreme Leader’s, the Clinton administration actually undermined the popular reformist president and undercut efforts at reconciliation.

Successive U.S. administrations have focused on the considerable flaws in the Iranian system. But prudent diplomacy would argue for cutting Rouhani some slack at least in the next few months – and especially until his cabinet of largely U.S.-educated technocrats has been confirmed by Iran’s parliament.

A statement issued Sunday in the name of White House spokesman Jay Carney was all too familiar, however. It expressed U.S. readiness to engage, but called on Iran to act first “to resolve the international community’s deep concerns over Iran’s nuclear program.” And it again congratulated “the Iranian people for making their voices heard” rather than the man they elected.

The Tehran-based diplomat said the White House statement “could have been done better. People in the foreign ministry would have liked a simple clear statement from Obama congratulating Rouhani on his election. Had he [Obama] done that, there would have been the possibility to have American guests here” for Rouhani’s formal inauguration, which for the first time was attended by foreign dignitaries.

Rouhani alluded to this in his press conference, noting that representatives of “55 nations came to my inauguration and we have had congratulations from Asian and European officials” among others.

Why can’t Obama bring himself to say the words? Why did the U.S. House of Representatives see fit to pass yet another sanctions bill just a few weeks after Rouhani was elected on a platform of “constructive engagement” with the West?

“Of course there have been many missed opportunities,” the Tehran-based diplomat noted, “but there are many more opportunities to come.”

To succeed, however, both Iran and the U.S. will have to move, even if neither has the courage to go first.