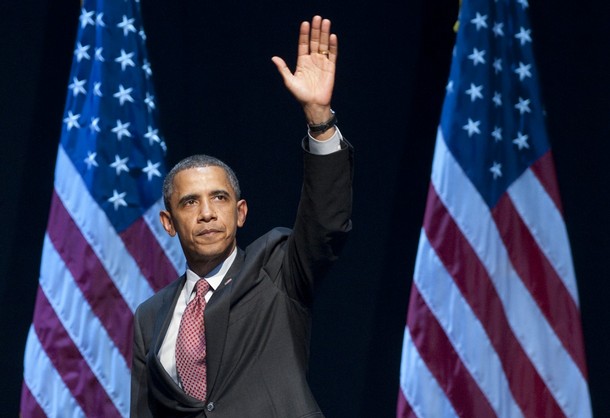 To ensure civilian control over its military, the US Constitution specifies that the president, and not a general or an admiral, is commander in chief of the armed forces.

As Clausewitz brilliantly observed nearly two centuries ago, war is an admixture of policy with other means. Thus, successful use of military force must be subordinate to the broader political context. That means to succeed as commander in chief, presidential understanding of what objectives strategy can and, perhaps more importantly, cannot achieve is crucial as well as holding subordinates accountable for carrying out that strategy.

That isn’t always the case. Undue deference to political expediency and political correctness and the temptation of seeking overly simplistic or unrealistic strategic objectives are further guarantees for disaster. And holding generals and admirals responsible for executing a military strategy without making them accountable is a prescription for failure.

Journalist Tom Ricks’ latest book “The Generals: American Military Command from World War II to Today” is a powerful reminder of how commanders in chief can come to grief over isolating responsibility from accountability.

In a remarkable critique of the generalship of the US Army (and endorsement of the US Marine Corps about which Ricks has separately written and clearly regards as the most professional of the four services), the author argues that since the end of World War II, the Army used the wrong lessons from the last war as the basis for selecting the leadership for the next and then failed to hold those unsuited for wartime command accountable.

A parallel exists with presidents who likewise don’t always hold admirals and generals accountable for the right reasons.

Harry Truman finally fired Gen. Douglas MacArthur for insubordination during the Korean War. But George W. Bush dismissed Adm. William “Fox” Fallon and Barack Obama Gen. Stanley McChrystal not for failing in Iraq or Afghanistan but for making inappropriate comments to journalists (to their credit, as secretaries of defense, Dick Cheney and Bob Gates did relieve senior generals and civilians for cause).

Compounding the gap between responsibility and accountability is the complexity and interconnectedness of today’s world. The definition of “war” is more ambiguous and diaphanous than in the past. Thus, defining the role of commander in chief when the major dangers and threats are violent radicalism, the absence of basic needs for millions of people and the often-invisible hand of cyberwarfare likewise is more elusive.

One of Ricks’ recommendations calls for early relief of commanders who appear unready or unfit for that assignment without prejudice. This occurred in World War II but relief in wartime is rare. Despite grave failures in Iraq and Afghanistan, few senior commanders suffered the consequences for poor performance in combat.

Nor do we fire or otherwise punish commanders in chief for botched wars and major strategic mishaps, the debacle over the failed raid to free US hostages in Tehran in 1980 withstanding.

Lyndon Johnson quit in 1968 over the Vietnam War not rejection at the ballot box. Richard Nixon resigned not over Vietnam but Watergate. Ironically, after crushing Saddam Hussein’s army in 1991, George H.W. Bush lost because Ross Perot took 19 percent of the vote allowing Bill Clinton to win the presidency by default.

Ignoring Afghanistan after the 2001 invasion and going to war for the wrong reasons in Iraq in 2003 didn’t prevent George W. Bush from winning a second term. And despite leaving Iraq in chaos and embarking on an ill-conceived surge in Afghanistan, Barack Obama was re-elected.

Because presidents often lack the experience or proclivity for broader strategic thinking, is the nation unduly susceptible to strategic failure? World War II was the last conflict in which the war’s prosecution actually yielded a decisive victory (even with 40 years of cold war). MacArthur’s race to the Yalu River during the Korean War proved catastrophic. Search-and-destroy missions in Vietnam were abject failures. And Afghanistan and Iraq haven’t been textbook cases of success.

Strategic failure isn’t unique to the United States. Saddam Hussein and the mullahs in Tehran haven’t done well in this category either. Nor did the Soviet leadership.

One solution is antithetical to politics. Presidents desperately need a senior adviser well versed in strategic thinking and not dominated by domestic politics or the pressures of political expediency. Whether such individuals exist in nature or could survive that job is a test of presidential maturity.

Here Ricks’ prescription can be translated from Army into civilian terms. Military leaders need to anticipate both the intended and unintended consequences of long-term policies and shorter-term directives. Before embarking on any action, commanders in chief would be well advised to follow this guidance by holding subordinates accountable for answering the vital question of “What next?” as a critical step in ensuring strategic success.