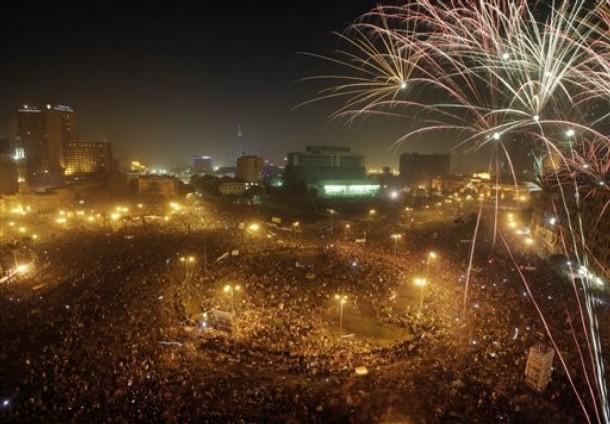 The recent uprisings against authoritarian regimes in the Middle East have fundamentally shifted the American debate over democracy promotion. Support for democracy assistance has again become an area of bipartisan consensus in US foreign policy.

Stronger US support for democracy in the Middle East would certainly advance American values. What is far less clear is whether democratically elected governments would assist in advancing US security interests in the region. After all, truly democratic regimes would have to answer to their people, who are unlikely to share America’s foreign policy priorities. Yet US strategic interests in combating terrorism, preserving access to the region’s oil supplies, and ensuring a strong Israel at peace with its neighbors will not follow the dictators out the door. How can the United States maintain an enduring, strategic alliance with democratically elected Arab regimes?

A sustainable American foreign policy for a democratic Middle East would have to start by addressing the needs and concerns of the region’s people, particularly the bulging youth population. The recent political unrest demonstrates the thirst for dignity and decent governance across borders and ethnicities. Despite the Middle East’s diversity, a plurality of citizens in countries across the region seek effective and transparent government, humane security services that ensure law and order, economic opportunity, as well as the upholding of basic civil rights.

Domestic issues will top the list of priorities of the Arab street. But thanks to satellite television and social media, a newly engaged citizenry is ever more aware of world events. Democratically elected Arab governments will chafe at US policies they feel are an affront to the dignity of fellow Muslims.

In the face of this challenge, the United States must adjust two key elements of its Middle East policy. First, Washington must transform its assistance to the region to benefit the people of the Middle East, rather than the region’s militaries. And second, the United States must demonstrate its reliable support for Israel’s security throughout this uncertain transition, while also using tough love if necessary to bring Israel back to the negotiating table with the Palestinians.

US assistance to the Middle East has until recently focused overwhelmingly on support for the security services of autocratic allies in the region. According to the Congressional Research Service, foreign military funds alone accounted for 67 percent of the requested $7.1 billion of US assistance to the Middle East for 2011. Unfortunately, this military aid provided few tangible benefits to the masses whose support the United States would have to win and maintain in a democratic Middle East.

Economic assistance focused on civilian needs would complement a robust US strategy of diplomatic engagement to midwife the transition from dictatorship to democracy. A reformed assistance agenda would see increases in US aid for education, civil society, and democracy assistance; bilateral exchange programs for Arab and American youth, food and agriculture assistance, and support for free media. Second, the Obama administration should conduct close but transparent consultations with Israel about how to ensure its security and peaceful existence in a democratic Arab neighborhood. American support for Israel’s security is vital for continued peace in the region. But at the same time, those in Congress calling for a democratic Middle East must understand that US support for democracy in the region also means that Washington may have to more assertively push its Israeli ally back to the negotiating table. The United States can only serve as Israel’s protector if it has staying power in the region. And a sustainable US presence in a democratic Middle East is only possible if there is a just and lasting peace between Israel and a sovereign Palestinian state.

Supporting democracy is in America’s DNA and is the right thing to do. But Americans must remember that advancing US interests in a democratic Middle East will require winning the support of the masses, not just one man or the army. That reality will require a more fundamental retooling of US foreign policy than most American politicians have yet considered.