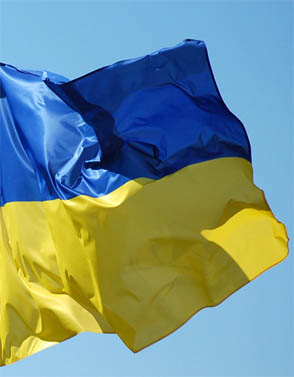 The US and EU rejected Crimea’s referendum Sunday, issuing statements and new sanctions outlining the West’s overwhelming disapproval of Russian activities in Crimea.

President Obama issued a new Executive Order (EO) with respect to Ukraine expanding upon an EO issued in early March. The Fact Sheet released by the White House outlining the recent EO is below. The full text of the EO is available here.

President Obama today issued a new Executive Order (E.O.) under the national emergency with respect to Ukraine that finds that the actions and policies of the Russian government with respect to Ukraine -– including through the deployment of Russian military forces in the Crimea region of Ukraine –- undermine democratic processes and institutions in Ukraine; threaten its peace, security, stability, sovereignty, and territorial integrity; and contribute to the misappropriation of its assets.

This new authority expands upon E.O. 13660, which the President signed less than two weeks ago, by authorizing the Secretary of the Treasury, in consultation with the Secretary of State, to impose sanctions on named officials of the Russian government, any individual or entity that operates in the Russian arms industry, and any designated individual or entity that acts on behalf of, or that provides material or other support to, any senior Russian government official.  We have fashioned these sanctions to impose costs on named individuals who wield influence in the Russian government and those responsible for the deteriorating situation in Ukraine.  We stand ready to use these authorities in a direct and targeted fashion as events warrant.

In response to the Russian government’s actions contributing to the crisis in Ukraine, this new E.O. lists seven Russian government officials who are being designated for sanctions.  These individuals are Vladislav Surkov, Sergey Glazyev, Leonid Slutsky, Andrei Klishas, Valentina Matviyenko, Dmitry Rogozin, and Yelena Mizulina.

The United States also will seek to hold accountable individuals who use their resources or influence to support or act on behalf of senior Russian government officials.  We recognize that the Russian leadership derives significant support from, and takes action through, individuals who do not themselves serve in any official capacity.  Our current focus is to identify these individuals and target their personal assets, but not companies that they may manage on behalf of the Russian state.

In addition to the new E.O., the Treasury Department today has imposed sanctions on four other individuals under E.O. 13660, issued on March 6, for their actions or policies that threaten the peace, security, stability, sovereignty, or territorial integrity of Ukraine and in undermining the Government of Ukraine.  They are Crimea-based separatist leaders Sergey Aksyonov and Vladimir Konstantinov; former Ukrainian presidential chief of staff Viktor Medvedchuk; and former President of Ukraine Viktor Yanukovych.

Today’s actions send a strong message to the Russian government that there are consequences for their actions that violate the sovereignty and territorial integrity of Ukraine, including their actions supporting the illegal referendum for Crimean separation.  The United States, together with international partners, will continue to stand by the Ukrainian government to ensure that costs are imposed on Crimean separatists and their Russian backers.  Today’s actions also serve as notice to Russia that unless it abides by its international obligations and returns its military forces to their original bases and respects Ukraine’s sovereignty and territorial integrity, the United States is prepared to take additional steps to impose further political and economic costs.

Individuals targeted by the sanctions include: