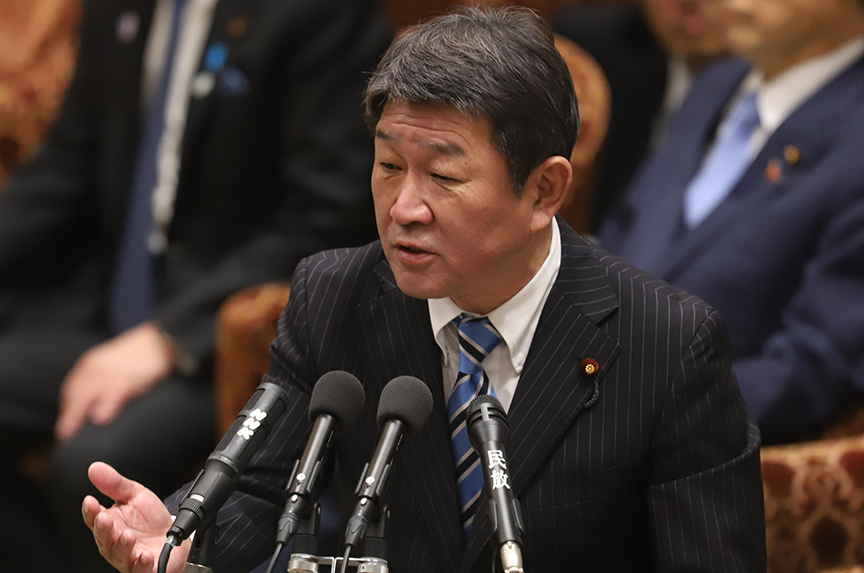 US Trade Representative Robert Lighthizer and Japanese Economic Revitalization Minister Toshimitsu Motegi kicked off long-awaited trade negotiations between the United States and Japan in Washington this week. While both sides have agreed to accelerate the talks, their scope is unclear.

Japan wants to focus on tariffs on industrial and agricultural goods, referring to the possible outcome as a Trade Agreement on Goods (TAG), but the United States insists on a comprehensive free trade agreement (FTA) negotiation—encompassing goods, services, investment, and anti-currency manipulation.

Beyond these differences in scope, there are important divergences on substantive matters, not the least of which is Japan’s preference for a free trade framework as opposed to the United States’ managed-trade approach. As a consequence, the talks could make speedy progress if narrowly focused, but could drag on if Washington insists on a comprehensive agenda.

Since the Comprehensive and Progressive Trans-Pacific Partnership (CPTPP) went into force with eleven members at the beginning of this year (the United States having pulled out in 2017), Japan has imported 60 percent more beef from Canada, Australia, and other CPTPP members which enjoy much lower tariffs than the most favored nation (MFN) rate of 38.5 percent available to the United States and other World Trade Organization (WTO) members. Other farm products have also enjoyed preferential treatment in the CPTPP. Being thus disadvantaged, US farmers and ranchers have put pressure on the Trump administration to rectify the situation, giving Washington a strong incentive to get an early agreement in agricultural tariffs. This seems feasible as Japan is prepared to cut US tariffs to the CPTPP levels. However, things would become difficult if the United States wants to go beyond CPTPP levels—something Japan has resisted.

Tariffs on Cars and Car Parts

To the Trump administration, the automobile is the symbol of trade imbalances between the United States and Japan, accounting for 75 percent of the US trade deficit vis-a-vis Japan ($68 billion in 2018). The US threat to impose tariffs on cars and car parts on national security grounds, invoking Section 232 of the 1962 Trade Expansion Act, has been instrumental in getting Japan to the negotiating table, despite Japan’s strong preferences for a multilateral negotiation framework (TPP, for example) as opposed to the US-driven bilateral “managed trade” approach. This difference could complicate the question of how to remove the US tariff threat hanging over Japan.

Clearly Japan would like to be free of US tariff threats. However, using the US-Mexico-Canada (USMCA) trade agreement as a template, the United States is reluctant to give outright exemption (from existing or future tariffs), preferring instead to grant quotas to countries willing to reach a deal with Washington.

Japan would be unhappy with the quota approach as it puts it in a defensive position. Moreover, the use of quotas as well as other voluntary export restraints appears very likely to violate Article XI of the General Agreements on Tariffs and Trade (GATT), which prohibits quantitative restriction of international trade—something Japan is loath to do.

The United States wants a binding rule against manipulating currency for trade gains. While agreeing that currencies should not be manipulated, Japan wants currency matters to be handled by the respective finance ministers, preferably in the context of the International Monetary Fund’s surveillance of member economic policies. The Trump administration has preferred anti-currency manipulation clauses to be part of a muscular bilateral trade agreement, which can be used to justify US tariffs if deemed to be violated. Again, this is a test case of Washington wanting to move guarding against currency manipulation from the IMF multilateral surveillance context to the bilateral trade management process.

The USMCA serves as an example of how the Trump administration wants to tackle the problem of non-market economies (i.e. China), which is new to GATT and the WTO system. Essentially, signatories to any trade agreement with the United States are expected to agree that their trade negotiations with a non-market economy are subject to monitoring and vetting by the United States, otherwise the trade agreement would lapse. Since its relationship with China is an important security and economic issue for Japan, it is difficult to see Japan agreeing to limit its room for maneuver in this way.

The US-Japan trade negotiations can serve as an important test case to see if the US international trade template, embodied in the USMCA, can gain traction. Such a template calls for the use (or threats) of tariffs to incentivize participation in trade talks with the United States and compliance with the agreement; granting quotas as relief to existing or future tariffs; strengthening rules-of-origin monitoring to enforce discriminatory treatment of non-signatories; binding rules against currency manipulation; and the right to monitor and vet trade agreements with non-market economies, such as China. Furthermore, the US approach is outcome-based (reducing trade deficits), instead of rule-based.

Since many of these provisions appear to violate the GATT (unilateral use of tariffs, use of quota and other quantitative restrictions, not respecting the nondiscriminatory or MFN treatment of all WTO members) or are new to the WTO treatment of non-market economies, a proliferation of bilateral or regional trade agreements based on such a template would weaken the WTO. This would make the WTO less relevant, especially to the countries and goods covered by such regional or bilateral agreements.

So it is much more complicated than just wishing that current trade negotiations with the United States are successfully concluded to reduce uncertainty. The more important question is what kind of trade deals are being reached and what their impact will be on the global trading system in the future.