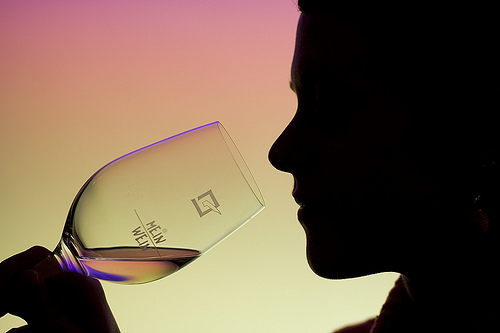 The wine world is turning upside down, with upstarts drinking more wine than traditional powers France and Italy, Jenny Barchfield reports for AP.

Global wine consumption, on the rise in past years, is forecast to continue to grow in the coming ones, with the United States overtaking Italy as the world’s biggest consumer by 2012, according to a new report released Tuesday by the International Wine and Spirit Record.  The thirst for wine is set to deepen in emerging economies such as China and Russia, whose consumption levels are soon expected to overtake that of Spain, another nation historically associated with wine, the report said.

The report, commissioned by the Bordeaux, France-based Vinexpo wine body and presented at a news conference in Paris on Tuesday, predicted the United States would dethrone Italy to become the world’s biggest consumer of non-sparkling wines by 2012.  In 2007, Italy overtook France, its wine-producing neighbor, to claim the title, buying 299 million cases, the report said. Based on past and current trends, it forecast that U.S. consumers would buy a total of 313 million cases in 2012.

Americans are already spending more on wine than any other nation. In 2007, the U.S. invested nearly $22 billion in wine purchases, the report by the London-based wine market research company said. Surprisingly, Britons — traditionally more associated with beers and ales — have outspent the French on wine since 2005, the report said. In Russia, expenditures on wine nearly doubled between 2003-2007 and are expected to reach nearly $6.5 billion by 2012.

I’m not sure which will hurt French feelings more, being passed by the Yanks or the Brits.  Either way, it’s got to be a blow to their self-image.