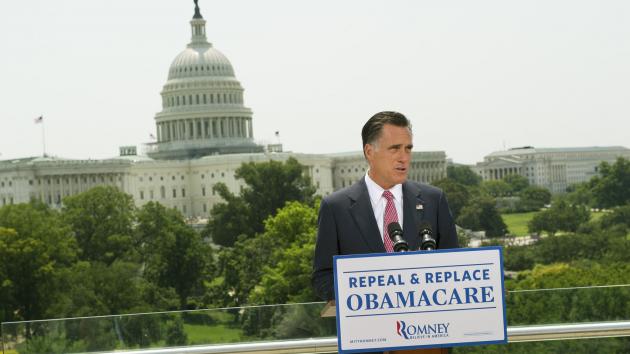 Politics in the United States have deteriorated to the point that winning elections has transcended the need for providing effective government. Perpetual campaigning, matched by a perpetual Easter egg hunt for money, has become the default setting for politicians elected to both ends of Pennsylvania Avenue. This year’s presidential election is further evidence of this sad decline.

Because negative advertising works well, Barack Obama’s campaign will rely on discrediting former Massachusetts Gov. Mitt Romney and his self-advertised strength as a successful businessman. Romney’s role at Bain Capital, a private equity firm, has been cast as that of a “vulture” or “vampire” capitalist preying on unfortunate companies to pad his pocket book at the expense of corporate employees and prior shareholders. And Romney’s numerous overseas bank accounts are characterized as implicit attempts to avoid paying U.S. taxes.

The Romney campaign has sought to portray Obama as a socialist who wishes to expand government to achieve his social aims. So far, that tactic hasn’t generated real electoral traction if current polls prove indicative. And, if elected, Romney’s promise to repeal and replace Obama’s legislative centerpiece, the Affordable Healthcare Act, hasn’t been coupled with a viable and specific alternative.

Both candidates pledge to expand the middle class and to improve its economic lot. Obama has the huge advantage of the bully pulpit and a powerful sound bite to advance his case first used by Vice President Joe Biden — “General Motors is alive and bin Laden is dead” — a phrase that no doubt will see further action especially in swing states such as Michigan and Ohio where employment is very dependent on the auto industry. That said, truly serious issues abound.

Instead of using sound bites and attack ads as placebos for addressing tough issues, both candidates should be challenged by the “what about?” question. “What about” means facing up to the perplexing issues, dangers and realities confronting the next president on Jan. 20, 2013, when he will be sworn in.

So Mr. Obama and Mr. Romney — what about the fiscal and economic crises the nation faces just days before you assume office? Unless the lame duck 112th Congress takes action — and it most likely will be a “dead duck” Congress, these crises will land on your desk at 1600 Pennsylvania Ave.

The largest of these are sequestration that mandates a trillion dollar cut in spending over the next 10 years between non-defense and defense programs and the expiration of the Bush-era tax cuts. The combination, if enacted, will shrink the nation’s gross domestic product and economic growth and will be accelerated by failure to address other looming legislative deadlines including raising the debt ceiling, amending the alternative minimum tax and the so-called “doc-fix” to Medicare.

So, how will your administration prevent the descent of many Damoclean fiscal swords on the nation’s neck especially when and if this Congress chooses to procrastinate and defer action until well into next year?

And what about other domestic issues from education to immigration? Platitudes and campaign sound bites withstanding, each of these issues requires careful, sober thought. Since the focus of the two candidates is winning, not governing, getting viable answers and specific policy actions to these “what about’s” won’t be forthcoming.

Foreign and defense policy, while usually not decisive or influential in affecting presidential elections, cannot be ignored or deferred. The takeover of the U.S. Embassy in Tehran in 1979 may not have cost Jimmy Carter the presidency. It didn’t help.

That President George H.W. Bush presided over the demise of the Soviet Union and a very successful Gulf War to eject Saddam Hussein from Kuwait in 1991 didn’t get him re-elected (although Ross Perot’s 19 percent of the vote was responsible for Bill Clinton’s victory). The younger Bush won in 2004 despite the failure to have an exit strategy for the Afghan war and the disastrous decision to invade Iraq in 2003.

Romney promises to increase spending for the U.S. military. But how he proposes to pay for this is as missing in action as is the absence of a sound strategic rationale for why the United States should pursue such a build up given a lack of formidable military adversaries. And the notion of branding China as a currency manipulator is as cynical as Clinton’s labeling of China’s rulers as the “butchers of Beijing” and then reversing course once in the White House.

Meanwhile, Obama hasn’t come up with any new ideas for dealing with the Arab Spring, Iran or for that matter the litany of other foreign policy crises and issues. So, for both candidates, “what about ……?” Sadly for the public at large in and outside America, don’t expect too, too much in the way of convincing responses.