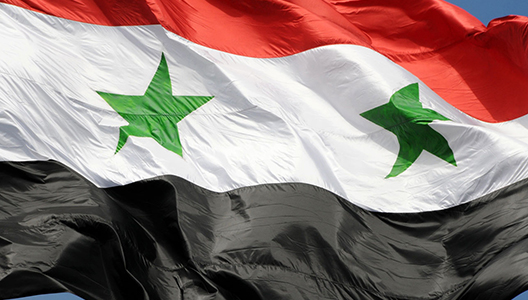 It’s hard to accuse the Barack Obama administration of being trigger happy.

While Obama has been willing to use force to kill Taliban and al-Qaida militants, he has studiously avoided embroiling the United States in another war in the Middle East or South Asia.

The apparent U.S. decision to strike Syria for what appears to have been a wide-scale and lethal use of chemical weapons on a Damascus suburb is in keeping with the Obama doctrine of selected use of force for carefully defined reasons.

According to White House officials, any strikes will not be meant to topple the dictatorship of Bashar al-Assad. However despicable the Syrian leader’s behavior has become, the opposition to him is apparently not yet capable of running the country in a less brutal and more coherent fashion. And the Obama administration is not willing to commit the ground forces necessary to remove Assad. So instead of regime change, U.S.-led military action now would have three important goals:

1. To deter further use of chemical weapons. While critics accurately note that Assad has killed more than 100,000 people, mainly through the use of conventional arms, there is a legal and moral taboo about chemical weapons that dates from their first use during World War I. As Secretary of State John Kerry said on Monday (Aug. 26), “there must be accountability for those who would use the world’s most heinous weapons against the world’s most vulnerable people.” (This appeared to be a play on George W. Bush’s famous 2002 State of the Union formulation that “the United States of America will not permit the world’s most dangerous regimes to threaten us with the world’s most destructive weapons.”)

2. To shore up the Obama administration’s credibility as a significant actor in global affairs. The United States may not be the world’s policeman, but when the president clearly defines a red line – in Syria’s case, no large-scale use of chemical weapons – there must be major consequences if that line is crossed. The message will not be lost on others, including Iran, which may have considered crossing other Obama red lines involving the development of nuclear weapons. It will also reassure Israel that Obama is not bluffing about Iran.

3. To prepare the ground for more intensive diplomacy with the aim of achieving a cease-fire in the Syrian civil war. The only solution to the Syrian war is a political one, but military action can push recalcitrant actors to the negotiating table.

Over the past two years, the advantage in the Syrian civil war has oscillated between the Assad regime and its myriad opposition. Assad – with the assistance of Iranian weapons and Hezbollah forces – achieved a major victory in June, retaking the western city of Qusair and shoring up the border with Lebanon.

Earlier in August, however, Syrian rebels captured the Menagh air base north of Aleppo and seized large caches of heavy weapons there and at an army depot outside Damascus. It is possible that last week’s chemical attack on East Ghouta – a Damascus suburb heavily populated by Sunni Muslims — was in part in response to this rebel victory.

A cease-fire is urgently needed in Syria for the sake of both Syrians and their neighbors. As the fighting continues, the country is being destroyed and de facto partitioned into Kurdish, Sunni Arab and Alawite-Shiite Arab slices. Refugee flows are intensifying.

One-third of Syria’s 22 million people are now displaced and the burden on Lebanon and Jordan, in particular, is becoming unbearable. The object for outside powers is expected to be to stabilize the situation while working intensively to strengthen the most reasonable elements of the Syrian opposition and to identify those within the Assad regime who are serious about achieving an end to bloodshed.

The Obama administration – in addition to assembling a multilateral “coalition of the willing” in support of selected military strikes – is expected to be consulting with the United Nations, the Russians and the Iranians about organizing a second Geneva conference to negotiate a cease-fire later this year. While the U.S. has had many disputes and disappointments with the government of Vladimir Putin, the U.S. and Russia, with UN help, are still best equipped to de-escalate the Syrian crisis.

Iran could play a role

Iran is another vital player that Obama has sought, unsuccessfully, to marginalize. With the inauguration of a new president, Hassan Rouhani, known for his diplomatic skill, the United States may accept Iran as a participant in Geneva II. U.N. Undersecretary General Jeffrey Feltman, who was in Tehran this week, has been discussing Syria with Iran’s new foreign minister, Mohammad Javad Zarif. Feltman, a former U.S. assistant secretary of state for the Near East and former ambassador to Lebanon, is well qualified to convey messages about Syria and other matters between Iran and the United States, which lack formal diplomatic ties.

Nothing in this column is meant to suggest that U.S. military action against Syria will be easy or “surgical.” Innocent people are almost certain to be killed. Syria and its allies could retaliate against American civilians in grisly and unpredictable ways. But the Syrian civil war is not a vintage wine that will improve with age. U.S. actions so far have failed to shape the crisis in any beneficial way. Instead, Syria is becoming more chaotic. Islamic extremists are metastasizing and the Assad regime is becoming even more brutal.

U.S. strikes should be seen as part of a broader strategy intended to deter further use of chemical weapons and convince Assad and the opposition that negotiations will achieve more than killing. Chuck Hagel, before he was defense secretary, told me that in “the kind of complicated world we live in, I’m not sure there’s a solution to everything right now. What you have to do is manage it so it doesn’t get worse, manage it toward a higher ground of solution possibilities.”

Limited U.S. military strikes can serve that purpose while upholding one of the few firmly established norms of civilized nations.