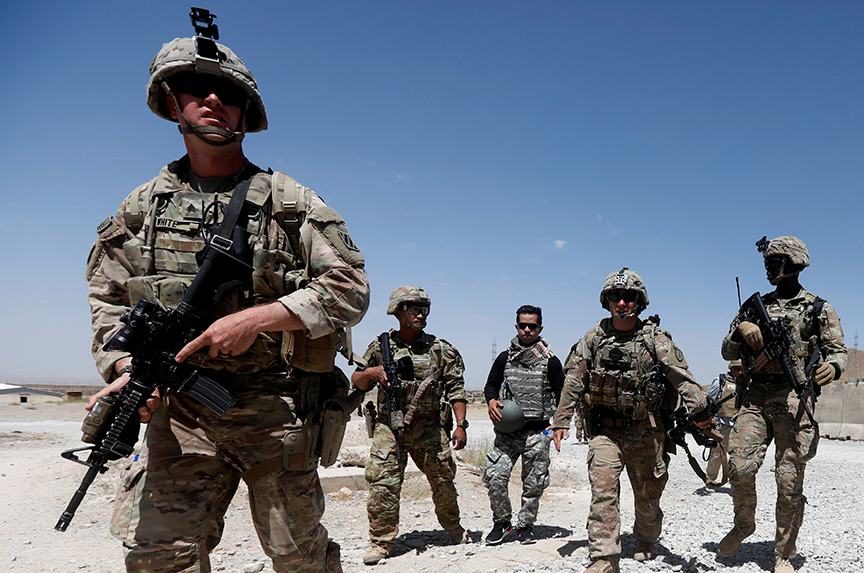 US President Donald J. Trump’s demand that the Pentagon plan for the withdrawal of 7,000 US troops from Afghanistan should not be viewed in isolation as it coincides with his decision to disengage from Syria, which, in turn, seems to have triggered the resignation of Secretary of Defense James Mattis—viewed by many as a seasoned strategist and supporter of a nuanced approached to the US missions in Syria and Afghanistan.

Trump’s Afghan withdrawal coincides with an ongoing effort, kicked off with the appointment of Zalmay Khalilzad as the US special representative in September, to end the seventeen-year-old war in Afghanistan. If not coordinated, the withdrawal of US troops could hinder Khalilzad’s efforts and bolster the Taliban’s negotiating position. This, in turn, could weaken the positions of the US and Afghan governments, including political elites in Afghanistan, domestically as well as at the regional level.

Trump’s almost simultaneous decisions on Syria and Afghanistan could have been partly driven by short-term domestic as well as narrow foreign policy considerations. While the president feels mounting political pressure at home, he may want to rally his base ahead of the 2020 elections by proving that he stands for the ideal of “America First” and by putting an end to what are controversially termed “forever wars.”

Trump is also taking into consideration his relationships with the leaders of Turkey, Russia, and Saudi Arabia. Countering Iran is also very much on his mind, although it is not clear how disengagement from Syria would help in that regard, unless the theater of conflict shifts to a new geography, undoubtedly creating new risks and threats.

There are three most immediate concerns regarding Trump’s decision on Afghanistan: timing, geopolitical, and the political consequences for Afghanistan.

Besides the fact that peace talks are underway with the Taliban, the United States has a 2014 bilateral security agreement with the Afghan government in addition to NATO pledges to train and advise Afghan security forces until 2024. It does not appear that these factors were considered in Trump’s withdrawal decision. Either the pullout planning is intended as a one-sided conciliatory gesture—premature as that may be—as an incentive to the Taliban, or it is a dramatic gesture that will embolden the Taliban and cause the talks to fail.

If the latter scenario prevails it could jeopardize stability and undermine the net gains and investments in blood and treasure made by the United States in Afghanistan over the past seventeen years. It will also put the non-Taliban Afghan political class and communities in a precarious situation. Either they would need to forge a unified defensive front or face gradual disintegration and chaos. With elections looming, this could further complicate the Afghan political process as candidates are forced to hedge their bets and adopt survival tactics.

More importantly, US support for Afghan security forces is critical to maintaining control over strategic assets and arteries. No one can discount the fact that more than a dozen known terrorist outfits are either directly involved or indirectly involved in the Afghan conflict. Afghanistan cannot, once again, become a hub for reenergized terror outfits of any type as was the case in the 1990s.

At the regional level, countries are facing new game-changing questions. Is the US decision swift and conclusive or is it tactical and gradual? Chaos or reverting to expanded civil or proxy warfare mixed with extremist militancy is not in the interest of many of Afghanistan’s neighbors who fear the human, security, and economic fallout. Other governments, which see a radicalized and unstable Afghanistan as conducive to their security interests and geopolitical rivalries, can act as spoilers. This outcome would have detrimental consequences across the region.

As Trump’s decision is being mulled by various stakeholders within the American system as well as globally, it would be prudent to consider the following:

The stakes are high. There is no room for misjudgment.

Image: US troops patrolled at an Afghan National Army base in Logar Province, Afghanistan, on August 7, 2018. (Reuters/Omar Sobhani)